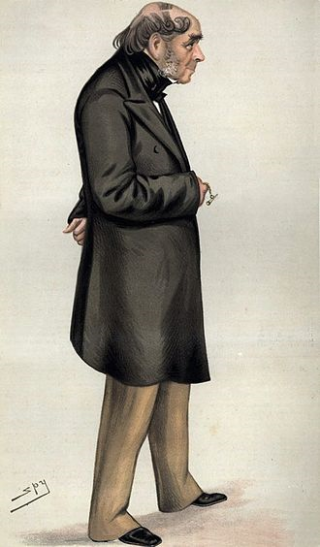 On Tuesday evening Philip attended an event at City, University of London, for the unveiling of a blue plaque to the inventor and entrepreneur Sir Henry Bessemer. Bessemer lived for some time in a house at Northampton Square in Islington, in a block that was demolished after World War II for the construction of the university’s current main entrance building. When the main entrance was reconstructed recently, archaeological investigation confirmed that Bessemer’s home had been directly on its site. After the plaque unveiling, Dr. Susan Mossman from the Science Museum delivered a lecture on Bessemer’s life, from which much of the information in this post comes.

Bessemer is best known for his revolutionary process for steel manufacture, by blowing air through molten pig iron in an egg-shaped converter, to oxidise away most of the carbon in the pig iron. This left steel with the correct proportion of carbon to make it a useful metal. The process was covered by several British patents in 1855-6, but especially GB2321/1855 and GB2768/1855. These patents are not online, but you can see digital copies of them if you come to our reading rooms.

Bessemer preferred to licence his patent rather than build an ironworks himself, but many early licensees failed, and the process was considered a flop until he constructed an ironworks in Baxter Road in Saint Pancras, close to where the British Library is now, and began selling steel at far lower prices than anyone else could manage. It turned out that the process as Bessemer first conceived it was not suitable for iron containing high levels of phosphorus impurities, which was true for metal from ore mined in Northern England. One answer was to oxidise away the contaminants, which also destroyed the carbon already in the pig iron, and then add new carbon and manganese. This process was developed by Robert Forester Mushet, whose business failed but whose process Bessemer took over once Mushet’s patent expired. Bessemer was finally, reportedly shamed by Mushet’s daughter, persuaded to give Mushet a pension. The second answer was the Gilchrist-Thomas process, which lined the converter with alkaline stone, causing the acidic phosphorus compounds in the iron to form compounds that precipitated out of the steel and into the slag. With these further refinements Bessemer’s process became licenced worldwide, making Bessemer hugely rich, and did not become completely obsolete until the late twentieth century. 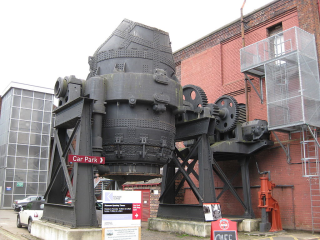 Bessemer had already come up with many other inventions before his steel process, and would continue to do so afterwards. The most lucrative was his first real success, before steel, a method for making bronze powder for metallic paints on an industrial scale, hugely reducing the cost of a product which had previously been made by hand-grinding by craftworkers in Germany. Bessemer kept the process secret for decades, by ensuring that the machines were kept in four sealed rooms with strictly limited access, and that few people other than himself knew more than one of the four stages of the process. This helped him keep a monopoly much longer than the fourteen years he would have had if he’d patented the process. Bessemer was a shrewd businessman who would only continue working in a field as long as it made money. Once competitors had caught up with him he would move on to something else.

Another of Bessemer’s claims to fame was his early investment in “Parkesine”, the first commercialised artificial plastic, a form of celluloid. The business was a failure due to initial low quality, but remains historically important. At the time of his death, Bessemer was having what would have been the world’s second largest telescope constructed at his estate in Denmark Hill, but it was abandoned when he passed away. 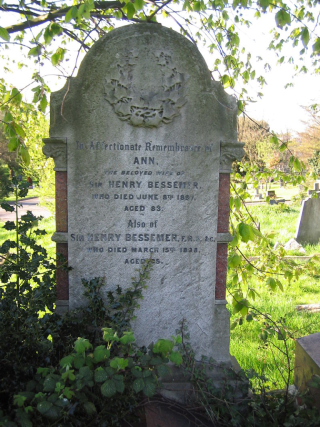 Bessemer remains an inspiring figure for modern British inventors, but the story of his steel process also demonstrates some important lessons that dispel some of the romantic ideas of the inventor. Firstly, always be open to taking on the ideas of others instead of believing your own ideas to be perfect and unimprovable. Second, you may well have to start your own business instead of assuming that other people will be falling over themselves to licence your idea. Third, always think about whether an invention will make money, as well as its abstract beauty. And fourth, it helps to have plenty of money to invest before you start!

Patents by Henry Bessemer, in the Business & IP Reading Room at St Pancras.

An earlier blog post by Dr. Mossman on Bessemer’s life.

The first British-made satellite was launched fifty years ago today 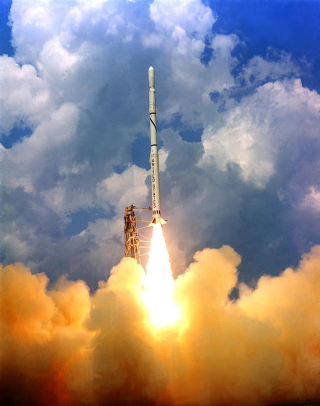 A NASA Scout rocket of the type used to launch Ariel 3. Used under the NASA copyright policy.

Today is the fiftieth anniversary of the launch of Ariel 3, the first satellite to be designed and constructed in the UK. The two previous Ariel satellites had been designed in Britain but constructed by NASA. It was launched by NASA in the USA on 5th May 1967, carrying five scientific experiments in the fields of astronomy and atmospheric studies. It was shut down in September 1969 and re-entered Earth’s atmosphere on 14th December 1970.

The international collaboration took place under COSPAR, the Committee on Space Research. Its experiments were:

An investigation of the electron density and temperature in the ionosphere (the portion of the upper atmosphere where air molecules are ionised by solar radiation) using a Langmuir probe, and a second experiment using a parallel-plate capacitor, both led by Professor James Sayers of the University of Birmingham.

A mapping of large-scape radio noise sources in the Milky Way, led by Professor F Graham Smith of the University of Cambridge.

Measuring the concentration of oxygen in the atmosphere at heights of 150-300 km, led by Dr. Kenneth H Stewart of the Meteorological Office.

Measuring radio emissions from thunderstorms and other natural terrestrial sources at six key frequencies, led by John A Murphy of the Rutherford Appleton Laboratory.

A worldwide survey of VLF radio signals, and an investigation of the effects of the propagation path on a 16kHz ground-based radio transmitter, led by Professor Thomas R Kaiser of the University of Sheffield.

For more information on the satellite, see the NASA catalog entry on it. Contemporary descriptions of the satellite and the results of the experiments were contained in two special journal issues: