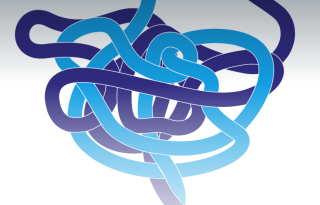 On the 25th of May we attended the launch of the report Untangling Academic Publishing by Aileen Fyfe and others (https://zenodo.org/record/546100). The report describes the history of scholarly publishing from the nineteenth century to the modern era of open access, “crises” in affordability of journals and books, and controversy over commercial publishers’ profits and competing business models.

The report discusses the post-WWII evolution of scholarly publishing from an original model where learned societies saw dissemination of research results as simply a part of their essential activity, with no expectations of profit and many copies of journals distributed free to public, academic and scholarly subscription libraries. After WWII an alliance became formed with profit-seeking scholarly publishers, under the pressure of the increasing quantity of publically-funded academic research and increasingly large numbers of universities and professional researchers in the developed world, and a growing proliferation of subdisciplines. Commercial publishers turned scholarly publication into a profitable business by setting up journals for subdisciplines without their own journals or learned societies, selling to institutions, and internationalising the market.

It was during this time that the current system of peer review was developed, and publication metrics became increasingly used to assess the prestige of individual academics and reward them with career progression and funding.

However, since the 1980s this period of close association between the interests of scholars and commercial publishers has ended, due to further expansion of the research base, reduced library budgets due to inflation and cuts in funding, and in the UK specifically issues related to exchange rates. University libraries have struggled to afford journal subscriptions and monograph purchases, leading to a vicious circle of declining sales and increasing costs. Increasingly scholars at all but the wealthiest institutions have found themselves unable to legally obtain material that they need to read, and resentment of the profit margins made by the “big four” commercial scholarly publishers in particular has developed.

Hopes that digital publication would allow cost-cutting have failed to materialise, with publishers arguing that the actual costs of distributing and printing hard copy publications are relatively small compared to editorial costs, and that providing online access mechanisms with the robustness and additional features that users want is not as cheap as some initial enthusiasts assumed. Open access, which covers a variety of business models not based on charging for access at the point of use, has been promoted for almost twenty years, but has failed to replace subscription publishing or, to a great extent, to challenge the market dominance of major commercial publishers, with much open access publishing based on the “gold” business model funded by article processing charges paid by authors or research funders, often offered by commercial publishers as an alternative. Hence universities often find themselves faced with paying both subscriptions and article processing charges instead of just subscriptions, and mechanisms offered by publishers to offset one against the other have been criticised as lacking transparency.

At the event, there were presentations by Dr. Fyfe, her co-author Stephen Curry (whose views can be found here), and David Sweeney, Executive Chair Designate of Research England. Mr. Sweeney welcomed the report for describing the situation without demonising any parties, and pointed out that publishers are adding value and innovating. He suggested that a major current issue is that academics who choose how to publish their work have no real connection to the way that it is paid for – either by their institutional libraries paying subscriptions or by funders paying APC’s – and hence are often not aware of this as an issue. It was pointed out in discussion after the event that the conversation about publishing models is still almost completely among librarians and publishers, with few authors involved unless they are very interested in the subject – the report is aimed partly at raising awareness of the issues among authors.

The general argument of the report is that it is time to look again at whether learned societies should be taking more of a role in research dissemination and maybe financially supporting it, with particular criticism of those learned societies who contract out production of their publications to commercial publishers and do not pay attention to those publishers’ policies and behaviour. Although there is no direct allusion, it is interesting that soon after the report’s launch, this post was published on Scholarly Kitchen, discussing the concept of society-funded publication and putting forward the name of “diamond open access” for it.

Posted by The Science Team at 2:32 PM