Charles Parsons and the steam turbine 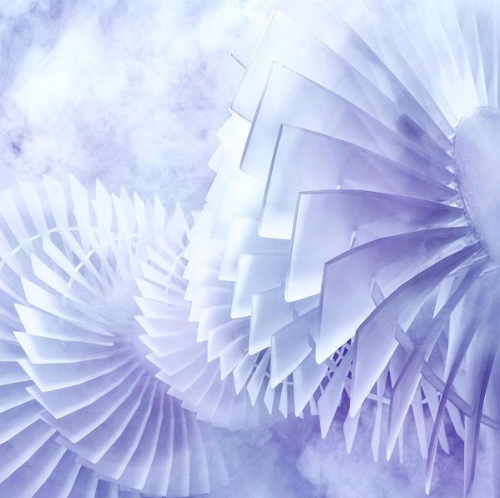 Today's GREATforImagination patent is Sir Charles Parsons' invention of the modern steam turbine. In a steam turbine, expanding steam is used to drive a series of rotating vanes, similarly to wind mills. They are much more efficient than reciprocating steam engines such as railway locomotives. The patent, GB1735/1884, is too old to be freely available online, but you can see it if you have a Reader Pass and come to our Business & IP Centre.

Parsons was born in 1854 to an aristocratic Anglo-Irish family with a scientific tradition. His father, the third Earl of Rosse, was a notable astronomer who owned the largest telescope ever constructed in the nineteenth century, first identified the spiral shape of many galaxies, and named the Crab Nebula. Parsons studied maths at Cambridge and then worked as an engineer in Tyneside and Leeds.

He designed and patented his turbine in 1884, initially to generate electricity. Earlier turbines had been impractical and fragile due to their extremely high rotational speed, and Parsons' breakthrough was to design a system which could progressively draw the energy out of the steam in several stages of expansion, making it much slower, more controllable, and less likely to wear out or break under the strain. Parsons first licensed his patents to the Westinghouse company before setting up his own firm and works in Newcastle. Within Parsons' lifetime, turbines of the type he had developed were used to run generators in almost all heat-based electric power stations. Turbinia at speed in the North Sea. Photo by Alfred John West

In the 1890s he came up with the second major use for his turbines, as engines for propeller-driven steamships. This patent, GB11223/1897, is online. In a famous publicity stunt, Parsons built a small, turbine-powered steamship called the Turbinia, and gatecrashed the Royal Navy Review for Queen Victoria's Diamond Jubilee at Spithead in her, literally running rings around the slower reciprocating-engine powered Navy boats that tried to intercept her. By 1905 the Navy had decided that all of its future ships would be turbine-driven.

Parsons continued to invent, in particular in electricity generation, ships, and glass manufacture. He died in 1931, aboard a steam turbine-powered ocean liner during a trip to Jamaica. His company, after a series of takeovers, is now part of Siemens.

Posted by The Science Team at 4:49 PM