In August the British Library joined the Initiative for Open Citations as a stakeholder. The I4OC’s aim of promoting the availability of structured, separable, open citation data fits perfectly with the Library's established strategy for open metadata which has just marked its seventh anniversary. 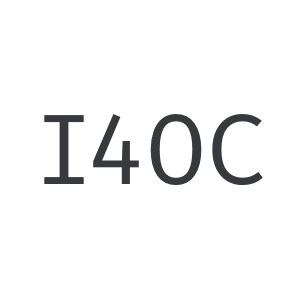 In August 2010, responding to UK Government calls for increased access to public data to promote transparency, economic growth and research, the British Library launched the strategy by offering over 16m CC0 licensed records from its catalogue and national bibliography datasets. This initiative aimed to remove constraints created by restrictive licensing and library specific standards to enable wider community re-use. In doing so the Library aimed to unlock the value of the data while improving access to information and culture in line with its wider strategic objectives.

The initial release was followed in 2011 by the launch of the Library’s first Linked Open Data (LOD) bibliographic service. The Library believed Linked Open Data to be a logical evolutionary step for the established principle of freedom of access to information, offering trusted knowledge organisations a central role in the new information landscape. The development proved influential among the library community in moving the Linked Data debate from theory to practice.

Over 1,700 organisations in 123 countries now use the Library’s open metadata services with many more taking single files. The value of the Library’s open data work was recognised by the British National Bibliography linked dataset receiving a 5 star rating on the UK Government Data.gov.uk site and certification from the Open Data Institute (ODI). In 2016 the Library launched the http://data.bl.uk/ platform in order to offer copies of a range of its datasets available for research and creative purposes. In addition, the BL Labs initiative continues to explore new opportunities for public use of the Library’s digital collections and data in exciting and innovative ways. The British Library therefore remains committed to an open approach to enable the widest possible re-use of its rich metadata and generate the best return on the investment in its creation. 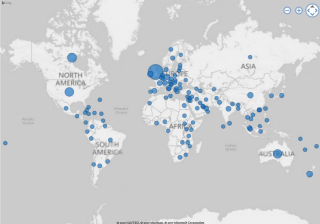 As the example of the British Library’s open data work shows, opening up metadata facilitates access to information, creates efficiencies and allows others to enhance existing and develop new services. This is particularly important for researchers and others who do not work for organisations with subscriptions to commercial citation databases. The British Library believes that opening up metadata on research facilitates both improved research information management and original research, and therefore benefits all.

The I4OC’s recent call to arms for its stakeholders is therefore very much in tune with the British Library’s open data work in promoting the many benefits of freely accessible citation data for scholars, publishers and wider communities. Such benefits proved compelling enough to enable the I4OC to secure publisher agreement for nearly half of indexed scholarly data to be made openly accessible. This data is now being used in a range of new projects and services including OpenCitations and Wikidata. It's encouraging to see I4OC spreading the open data ideal so successfully and it is to be hoped that it will also succeed in ensuring open citations become the default in future.

Posted by The Science Team at 2:17 PM