Today, on World Science Day for Peace and Development, scientists and policymakers attending the World Science Forum in Jordan are discussing the role science can play in nurturing diplomatic relations.

Science diplomacy is an umbrella term for a wide range of activities in which science and technology are leveraged to foster ties between nations. Governments are aware that collaborating with international partners to achieve scientific goals can further their national interests. Consequently they are paying increasing attention to the idea of science as a diplomatic tool.

How is it practised? On a bilateral level diplomats co-ordinate scientific agreements which commit signatories to pooling resources by sharing knowledge and collaborating on research projects. Such agreements can open up opportunities for product development and trade deals, and are becoming an important part of the UK’s strategy to expand its research and innovation horizons post-Brexit. 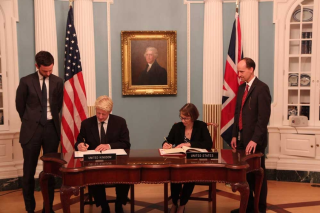 Science is a global enterprise in which international collaboration is the norm. In particular multinational teams are needed to run large experimental facilities such as the European Organization for Nuclear Research (CERN) which are beyond the scope of individual countries. One of the by-products of these neutral working environments is science diplomacy. Scientists can develop long-lasting, cross-cultural relationships that sometimes help to bridge difficult political situations from the bottom up. Proposals for these huge infrastructure projects are often driven by an incentive to stimulate co-operation as much as for a need to build scientific capacity.

This was the case for the SESAME synchrotron which opened earlier this year in Jordan. The synchrotron’s powerful light source can be used to study the properties of a range of different materials, attracting researchers from across the Middle East, including Iranians, Israelis and Palestinians.

Countries from across the Middle East have come together to build SESAME. Photo credit: SESAME

Science diplomacy also comes into play in resolving sensitive international disputes. When negotiations to limit Iran’s nuclear programme stalled, credit for their successful conclusion went to the two physicists, one Iranian and one US, who worked out the scientific details of the 2015 deal. 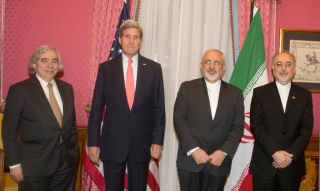 Scientists and diplomats also work together in addressing global issues such as climate change, antimicrobial resistance or cross-border public health crises. Using scientific evidence is fundamental when negotiating coherent responses to shared challenges, and government science advisers are seen as a key mechanism in getting science into policymaking. Gradually foreign ministries around the world are appointing their own science advisers to channel scientific research into the work of their departments.

Various strategic funding programmes, some of which focus on meeting the UN’s sustainable development goals, support the aims of science diplomacy. These international collaborative projects generate the necessary evidence to inform policymaking while also stimulating partnerships that foster trust between nations.

The Newton Fund project ‘Climate Ready Rice’ is being conducted by scientists from Sheffield University in the UK, Kasetsart University in Thailand and the International Rice Research Institute (IRRI) in the Philippines.Photo credit: IRRI

It is unclear how to evaluate the impact of science diplomacy activities, but participants agree that they only work when based around excellent science that generates mutual benefits.

Emmeline Ledgerwood is an AHRC collaborative student with the British Library Oral History department and the University of Leicester. She is preparing a policy briefing on science diplomacy as part of an AHRC-funded policy fellowship at the Parliamentary Office of Science & Technology (POST). The briefing will be published by POST in December 2017.

POST runs several fellowship schemes with Research Councils, learned societies and charities, through which PhD students are sponsored to spend (usually) three months working at POST. Some fellowships are also open to postdoctoral researchers in academia and industry.

The statements and opinions expressed in this piece are those of the author alone, not of the Parliamentary Office of Science and Technology.

Posted by The Science Team at 3:56 PM