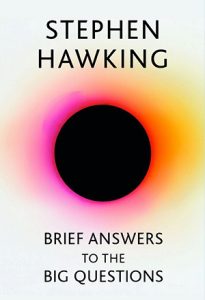 Philip represented the Library at the launch of Professor Stephen Hawking's last, posthumous, popular work, Brief Answers to the Big Questions. The book, which Hawking was writing at the time of his death, includes ten essays summarising his views on the ten questions which he was most frequently asked in interviews or at public events, such as "Is there a god?", "Is time travel possible?", and "Will we survive on Earth?".

Additionally, the launch saw discussion of Hawking's last published scholarly work, a paper dealing with the so-called "Information Paradox of Black Holes", the fact that Hawking's model of black holes, in which all information is lost when matter is sucked into a black hole contradicts a major principle of quantum mechanics, that information about a system cannot be permanently lost. Malcolm Perry and Andrew Strominger, two of Hawking's collaborators on the paper, also took part in the discussion.

A preprint of this paper is currently available on ARXIV at https://arxiv.org/abs/1810.01847, meaning that both extremes of Hawking's career are free to read online, his PhD thesis being available on the University of Cambridge's Apollo scholarly repository, at https://www.repository.cam.ac.uk/handle/1810/251038.

Posted by The Science Team at 4:43 PM