From Cauliflowers to Chimaeras: A New Window onto Development

In my previous blog  we saw how, as she conducted her embryo transfer experiments, Dr Anne McLaren was already looking for ways of more directly influencing the environment of the embryo, in order to test what effect this would have on the embryo itself. This was part of her project to illuminate the interactions between genes and their environment in the development of the embryo. She found her answer in the in vitro dish:

In my laboratory we culture… very early mouse embryos in little plastic dishes, under a layer of liquid paraffin. Drops of culture medium are added, just a simple salt solution, with some glucose and some protein, and some antibiotics to stop bacteria growing; the mouse embryos, which are just too small to be seen with the naked eye at this stage, are then added, several to each drop, and the dish is put in an incubator, in the right temperature and gas conditions.

Now McLaren no longer had to influence embryos and cells in the earliest stages of development through the environment but could directly manipulate them, change the conditions under which they were put, and see what effect this had on subsequent development. One way in which she changed the environment of the embryo was by making what she called ‘Chimaeras’. In Homeric legend, the chimaera described a strange hybrid animal that had “the body of a she-goat, the head of a lion, and the tail of a serpent”, and throughout the literature of antiquity many other strange combinations are found. McLaren picked up on this, as she explained in Mammalian Chimaeras (1976):

…the six-limbed centaur, half man, half horse; the harpy, a bird of prey with the head and breasts of a woman; the griffon, with eagle’s head and legs, and the body of a lion; the beats of the Apocalypse, like a seven-headed leopard with the mouths of a lion and the feet of a bear; the Apocalyptic locusts, horse-shaped with men’s faces, women’s hair, lion’s teeth and scorpions’ tails. All bear witness to the ambition of Man to combine outstanding qualities of different animals into a single creature of surpassing power. 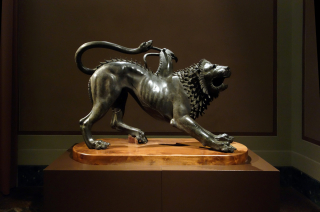 Sexual reproduction is also a way of forming a composite, of selecting traits from two different animals, two parents, and recombining them in a given environment to form an organism that carries forth the traits of both into a next generation. The method is anything but certain. McLaren’s transfer experiments showed that a lot can go wrong, the results are unpredictable, and the method can only be used within a species or it will produce infertile offspring. Nonetheless,

Biology as well as mythology provides examples of strange and often intimate associations between different species. Alga and fungus form a partnership so close we refer to it by a single name, ‘lichen’; the hermit crab collects stinging sea anemones to guard its shell; the sea slug (Aeolis pilata) accumulates nematocysts from the hybroid that it eats, and positions them in its epidermis as a defence. Even some subcellular organelles, like chloroplasts and mitochondria, are now thought to have originated as independent organisms existing in symbiotic relationship to a host cell. 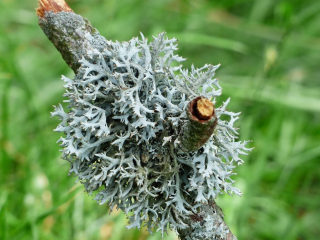 There are thus lots of examples in nature of chimaeras. In experimental embryology, the term has a slightly more specific meaning, and is used to refer to a “composite animal or plant in which the different cell populations are derived from more than one fertilized egg, or the union of more than two gametes”. McLaren showed with her collaborator Dr John Biggers in 1958 that if you take two 8-cell mouse eggs and push them together, they’ll stick, and the total 16 cells will develop as a normal embryo and that, when transferred to another female mouse, the cells will grow up into “a muddled but otherwise normal mouse”. This mouse would thus be described as a chimaera.

So why would McLaren want to interfere with mouse embryo development in this way? What would this tell her about gene-environment interactions? After all, she wasn’t so much changing the culture environment in the dish which had replaced the maternal uterus, as the cells of the embryo themselves. In Chimaeras in Mouse and Man (1970), she explains,

How do genes link up with chimaeras? Well, one of the subjects that has always fascinated me as a geneticist is the interaction of genes and environment, the old Nature-Nurture dichotomy. A gene on its own cannot determine a single feature of an organism. It's only a meaningful concept in interaction with a particular environment, and the same gene in different environments may produce quite different effects. In mammals, an important part of the environment may experienced by the developing embryo is provided by the mother, before birth. Some years ago my colleague Donald Michie and myself studied how mice of the same genotype reacted differently in different uterine environments, that is in different mothers. In a chimaera one is studying a still more intimate interaction between genotype and environment, because each of the two cell populations is developing in an environment largely made up not only of its own type, as would be the case in any normal animal, but in the most intimate interaction with cells of the other type…this can produce unexpected effects.

So what kind of experiments did this new research technique lead to? One of the problems this method allowed her to investigate was the development of sex. What happens when you create a chimaera that is half male and half female? What is the effect of this altered cellular environment on the phenotypic [the traits expressed] sex of the mouse? If two male embryos are fused, or two females, McLaren showed, their sexual development presents no problems, or no special problems at least. When, however, male and female cells are fused, you would expect them to develop into hermaphrodites with special combinations of male and female organs.

What she found, however, was that in a sample of randomly aggregated male-female chimaeras, the proportion of hermaphrodites was nowhere near 50%, which is what you would statistically expect when mixing half male and half females. The proportion was closer to 10%. The reason turned out to be that the mice which are made up of both male and female cells develop as perfectly normal males. The proportion of male and female cells in the body of these chimaeras also varies even though half of each were used initially to form the chimaeras. This is because, when the eggs are fused and the two types of cells get mixed together, sometimes more female cells will get into the outer layer of the embryo, which is the layer that goes on to develop into extraembryonic structures, such as the placenta and membranes, and sometimes more will get into the inner part, in which case female dells will predominate in the baby mouse itself.

The experiments eventually showed, in combination with work done by Dr Chris Tarkowski who was working in Poland, that normal female development only occurs if virtually all the cells in the body are female. If there are a small proportion of male cells present, then the mouse develops abnormally, as a hermaphrodite. However, if the proportion of male cells approaches 50% or more, the animal develops as a normal male, and the fact that it has a lot of female cells scattered throughout the body does not seem to upset the overall phenotype or make it less male.

These experiments thus showed that sex is not only or directly determined by the XX or XY chromosome, that the overall phenotype results from regulation at the level of the whole animal, and that means that the interaction between cells determines what sex the embryo has. In this sense, the mouse chimera is not like the mythological chimera at all, because, even when composed of different parts it will still function as a coherent whole. There is often nothing outwardly ‘unusual’ about a chimera, in fact we are always composed of two distinct genotypes coming together, although this isn’t included in the biological definition of the chimera, it proposes the same biological conundrum. The interesting question in biology is how different parts come to function as a unity. No monsters here, only lots of composite individuals.

Marieke Bigg is a Ph.D candidate at the University of Cambridge. After completing a B.A. Honors in comparative literature at the University of Amsterdam, she obtained an M.Phil in sociology from the University of Cambridge. In her current PhD research, which she conducts under the supervision of Professor Sarah Franklin, she draws on the biography of Anne McLaren to map the debates on human embryo research in Britain in the 1980s, and proposes new models for policy-making in the area of human fertilisation and embryology today. She is funded by the Wellcome Trust.