Codebreaker? Geneticist? Computer scientist? There is no single label which best encapsulates the wide reach of Donald Michie’s career as a scientist. In nearly 70 years of research, Michie crossed paths with some of the most well-known scientific names of the twentieth century, such as Alan Turing and Trofim Lysenko, and was at the forefront of two contrasting fields of scientific research.

Michie was born to a middle-class family in Rangoon, Burma (now Yangon, Myanmar) in 1923, son of a British Empire banker. As was typical for young British boys of the Empire, he was sent back to Britain to boarding school for his education, attending Rugby School.

As a young man, fresh out of school and armed with a scholarship to study classics at Balliol College, Oxford, Michie accidentally found himself on a codebreaking course at Bletchley Park in 1942, in the middle of World War II. Intending to attend a Japanese language course, he had inadvertently turned up six months early, but was pointed to a codebreaking course, which he excelled at, returning after hours to revise and practice. Upon completing the course, he was assigned to the Newmanry (a group within Bletchley), cracking the Lorenz cipher. 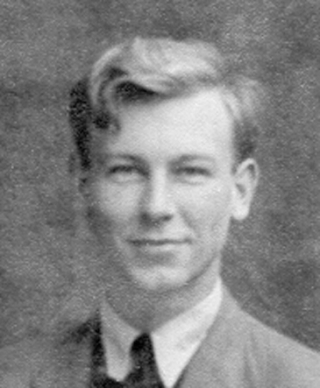 During his time at Bletchley, Michie befriended Alan Turing, whom he bonded with over their (relatively) poor standard of chess play. Their shared interest in playing chess badly and work on what we would now consider early computers led Michie and Turing to wonder: could machines be taught to play chess? And, beyond that, could machines think?

The latter question would form the basis of one of Turing’s best-known papers in 1950, a paper which still influences modern computer and AI research. The former led to Michie and Turing theorising their own chess-playing programmes on paper, with the hope that one day they could run them through a computer to test who’s played better. The programmers of Manchester’s early computers put paid to that prospect in the early 1950s, and the Turing-Michie computer chess match never took place.

One popular story abounds for Michie and Turing: during the war, Turing was known to trade his money for bars of silver, which he then buried in various spots around Bletchley Park. He made no note of the location of his silver, for fear of wartime invasion and discovery by the Germans. Post-war, Turing enlisted assistance from Michie to help locate it using a ‘gimcrack’, home-made metal detector. The search for Turing’s buried silver ingots around the grounds of Bletchley proved fruitless, and they remain lost to this day.

Following the end of the war, Michie turned his attentions away from computing and took up his place at Oxford, however not to study classics, as originally planned, but medicine instead. In his own words: ‘After the war, I had been switched on to computing, but there weren’t any computers to do experiments with. I had to do something, so I became a biologist.’ Michie earned his PhD in mammalian genetics in 1953 under the supervision of Ronald Fisher, then moved to the Department of Zoology at University College London. There, he worked alongside his second wife, Anne McLaren, exploring genetic inheritance in mice. Large parts of Michie and McLaren’s work together has become central to the field, such as their work indicating that inbred mice were not best for experimentation. Perhaps most notably, their pioneering research on embryo transfer on mice would later be developed, especially by McLaren, to form the basis of human IVF treatment.

Michie’s research in the 1950s also brought him into contact with the ongoing debate in Britain around the work of Trofim Lysenko. Lysenko was a scientist whose theories dominated Soviet genetics and agricultural science from the 1930s to the 1950s. He took a Lamarckian approach to genetics, arguing that acquired characteristics could be inherited. For example, a mouse which grows a long tail in response to a hot climate could then pass this trait on to its offspring. This theory was hotly contested outside the Soviet sphere of influence, conflicting as it did with the prevailing theories of genetics in Western Europe and the USA. Michie, however, saw some value in Lysenko’s theories and advocated for them to be tested in Britain by both professional scientists and amateur gardeners, hoping this would give the approach greater credibility.

Michie eventually came face-to-face with Lysenko in a chance encounter during a visit to the Moscow Institute of Genetics in 1957. Having camped across Europe in an old car with a friend, Michie met up with McLaren in Moscow, where the two of them interviewed Lysenko. Michie found Lysenko ‘stubborn, impatient, bigoted [and] intolerant’, yet also recognised qualities of ‘energies focussed in the search for understanding and the urge to communicate it’. According to Michie, it would take someone of Lysenko’s temperament and talents to make meaningful scientific advances, or even to ‘revolutionise’ an ‘old branch of knowledge’. 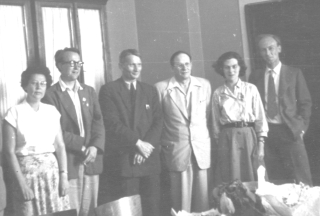 Whilst Lysenko’s fame and appeal faded into the 1960s, Michie’s interest in international exchanges and the sharing of scientific knowledge and practices did not. He hosted many Soviet researchers in Edinburgh and undertook numerous visits beyond the Iron Curtain himself, as well as trips to visit colleagues in the USA.

By the late 1950s, Michie was once again pursuing his interest in artificial intelligence (AI), taking on a bet from a colleague in Edinburgh (where he moved in 1958) that he could not produce a learning machine. The outcome, in 1960, was MENACE (Machine Educable Noughts and Crosses Engine), a matchbox machine which learned, through trial and error, how to play noughts and crosses perfectly. His bet won, Michie threw himself into AI research full-time, co-founding the Experimental Programming Unit at Edinburgh in 1965, followed by the Department of Machine Intelligence and Perception there a year later.

Michie’s importance in AI was perhaps most evident in the early 1970s. Firstly, he and his team at Edinburgh built and programmed a robot, named FREDERICK (Friendly Robot for Education, Discussion and Entertainment, the Retrieval of Information, and the Collation of Knowledge). Freddy II could identify different parts of an object and assembling them. It was amongst the most advanced robots of its kind at the time, integrating perception and action in one machine. 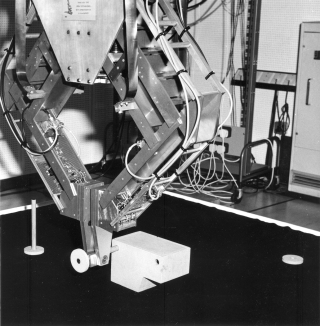 Freddy with toy car, c. 1973. Reproduced with the permission of the University of Edinburgh.

However, this progress was not deemed sufficient. The Science Research Council commissioned Professor Sir James Lighthill to conduct a survey of AI in Britain, and in 1973 he published his report. The report was damning, arguing that progress in AI research was insufficient to justify the funding it was receiving. A BBC TV debate followed at the Royal Institution as part of the series of science debates called, Controversy. Michie, alongside John McCarthy and Richard Gregory, took on Lighthill. The argument was ultimately lost in the eyes of the Science Research Council. AI funding took a heavy hit, with Michie’s department in Edinburgh one of only three university departments left engaging in AI research in the UK. The subsequent decade of AI underfunding came to be known as the ‘AI Winter’ as similar cuts were enacted in the USA.

Michie’s research into AI continued, founding the Turing Institute in Glasgow in 1983. During these later years, Michie returned to Turing’s ideas, in particular the concept of a ‘child-machine’, ‘an educable machine, capable of learning and accumulating knowledge over time’. To this end, Michie developed a chat-bot: Sophie. Sophie was intended as a challenge to the Turing test, i.e. can a machine convince a human it is human? To Michie, ‘the value of the Turing test is not what it says about machine intelligence, but what it says about human intelligence’. He gave Sophie a sense of humour, a backstory, a family; in essence, Sophie had a personality. Apparently ‘Southern California Trash’ was an apt accent for her personality when demonstrating the speech-generating software. 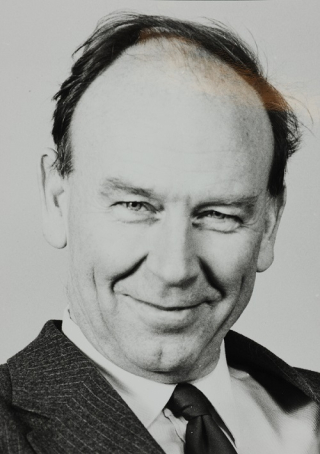 Matt Wright
Matt Wright is a PhD student at the University of Leeds and the British Library. He is on an AHRC Collaborative Doctoral Partnership researching the Donald Michie Archive, exploring his work as a geneticist and artificial intelligence researcher in post-war Britain.