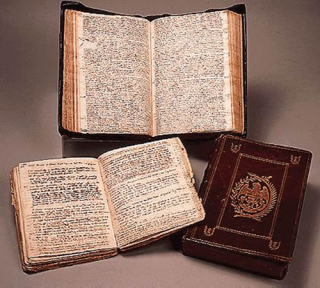 Diary in the 17th century: The autograph manuscripts of John Evelyn's Diary  Copyright © The British Library Board

‘But one shower of rain all this month.’ - entered John Evelyn in his diary on 29th April 1681. What would you write about April 2020 in your diary?
John Evelyn (1620–1706) is one of the best-known English diarists. He is known as a diarist but he was also a scholar, a botanist, a landscape gardener, author and one of the founding members of ‘The Royal Society of London for Improving Natural Knowledge' (est. 1660). 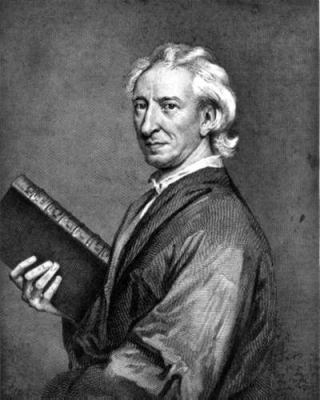 Unbeknown to him, Evelyn was also a chronicler of climatic change. His weather notes provide us with data on the period dubbed as the Little Ice Age in Europe. In his diary he noted numerous extreme weather events. The first reference in 1636: ‘This year being extremely dry’, continued later with extreme cold winters when the Thames froze over for weeks, extreme heat, and extreme wind including hurricanes, and unseasonal weather at various times of the year.

1st January 1684
The weather continuing intolerably severe, streets of booths were set upon the Thames ; the air was so very cold and thick, as for many years there had not been the like. The small-pox was very mortal.
9th January 1684
I went cross the Thames on the ice, now become so thick as to bear not only streets of booths, in which they roasted meat, and had divers shops of wares, quite across as in a town, but coaches, carts and horses passed over.
11th August 1695
The weather now so cold, that greater frosts were not always seen in the midst of winter ; this succeeded much wet and set harvest extremely back.

Unlike most weather diarists, Evelyn did not take daily notes but focused on the unexpected. There are three years of exceptionally high number of weather notes in Evelyn’s diary: 1684, 1695 and 1696.  His comparative notes on the weather makes him stand out of weather diarists.

25th June 1652
After a drought of near four months, there fell so violent a tempest of hail, rain, wind, thunder and lightning, as no man had seen the like in this age ; the hail being in some places four or five inches about, brake all the glass about London especially at Deptford, and more at Greenwich.
21st January 1671
This year the weather was so wet, stormy, and unseasonable, as had not been known for many years.
21st April 1689
This was one of the most seasonable springs, free form the usual sharp east winds that I have observed since the year 1660 (the year of the Restoration), which was much such as one.

Despite his longitudinal view of how the actual weather compared with previous years of his lifetime, he did not engage with weather forecasting. He took notice, however, of the relationship between weather conditions and health (epidemiology) issues, in line with The Royal Society’s priorities.
Keeping a weather diary in the second part of the 17th century was not unusual. In fact, The Royal Society encouraged it. One of the earliest histories of The Royal Society (1667) gives an account of how Christopher Wren’s (architect, another founding member of The Royal Society) initiated the study of the ‘history of seasons’ as the priority of the Royal Society.

The Second Work which he [Wren] has advanced, is the History of Seasons: which will be of admirable benefit to Mankind, if it shall be constantly pursued, and deriv'd down to Posterity. His proposal therefore was, to comprehend a Diary of Wind, Weather, and other conditions of the Air, as to Heat, Cold, and Weight; and also a General Description of the Year, whether contagious or healthful to Men or Beasts; with an Account of Epidemical Diseases, of Blasts, Mill-dews, and other accidents, belonging to Grain, Cattle, Fish, Fowl, and Insects.
Thomas Sprat (1667:315-6)

The Royal Society published a detailed description to support weather monitoring: 'A METHOD For making a History of the Weather by Mr. Hook’ (Sprat 1667:175-182) 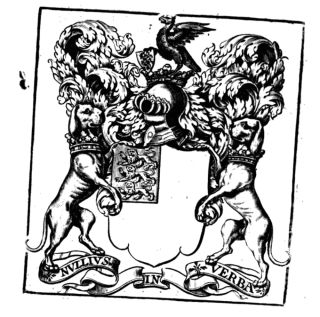 The bookplate of The Royal Society Note the Latin motto: Nullius in verba (Take nobody’s words for it)
Wren’s initiative is better understood in the context of extreme weather events and unusual seasons. Weather lore was not fully reliable for farmers and seamen any more. April showers did not necessarily happen – as Evelyn recorded in 1681. Finding out the laws and the cause of weather became a priority for a growing naval power. Evelyn, as an active member of the Royal Society, must have been aware of Wren’s initiative but did not follow any rigorous rules in his diary.
Evelyn’s diary inspired scholars across disciplines over the last 400 years. One of them, J.M. Winn, M.D. (1848) - motivated by a severe winter in England in 1846 - extracted weather (and epidemiology) related entries from John Evelyn’s diary and concluded that Evelyn’s observations corroborated Howard Luke’s theory of a ‘cycle of seven years in the seasons of Britain’. Howard (see his work on clouds) made his theoretical proposition based on his own daily weather diary. Regardless of the accuracy of his conclusion, Winn recognized the value of Evelyn’s longitudinal dataset over a period of extraordinary climatic and social changes. Winn, similar to Wren and Evelyn himself, was keen to account for the link between extreme climatic and social events; a topic that has become part of our daily conversation as well this spring.
The British Library holds The John Evelyn Archive, a collection of his autograph diary, correspondence and related documents. This year marks John Evelyn’s 400th anniversary of birth (31 October 1620).
Celebrating Evelyn comes in style for many people who started keeping a diary this spring, written, audio, photo, or video diary, for recording their story of the Covid-19 epidemic, the impacts and the questions raised by this epidemic and the unfolding climatic changes. Evelyn, Wren, Howard were not professional meteorologists. But their observations, insights, and understanding of the importance of weather contributed to the history of meteorology, history of science and the history of civilisations.
Your Covid-19 Chronicles can also be part of The British Library's latest born-digital archives initiated by BBC Radio 4’s. Read here how your Covid-19 stories can make history. 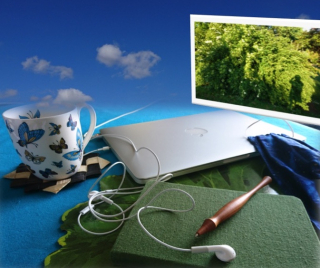