Is AI helping or hindering democracy? Over the last few years, we have seen a range of concerns about the impact of new technologies on democratic process, especially in terms of the impact of online propaganda and misinformation on a rise of populism. There is a worry that the ways of influencing voters of all political persuasions are becoming increasingly sophisticated, and especially that we do not sufficiently understand the role that AI plays in affecting democracy both for good and bad. Or, are we overstating the role that AI plays in societal and political changes of our time? What are the opportunities to improve and better safeguard democracy? Moreover, what is the role of governments, tech giants, and citizens in making sense of the role of AI in the future of democracy?

The Alan Turing Institute and the British Library Data Debate is open to all who wish to engage with these questions. You can join us for a live online discussion on 10 November 2020 at 5.30pm. 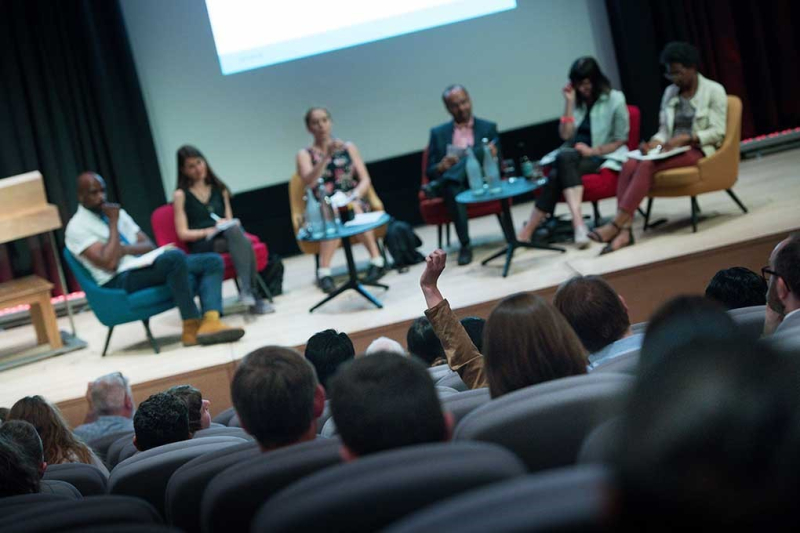 Our panel of experts include:

Dr Kate Dommett is a Senior Lecturer at the University of Sheffield. Her research focuses on digital campaigning, political parties, data and democracy. Dr Dommett has recently served as Special Advisor to the House of Lords Committee on Democracy and Digital Technology. She was awarded the 2020 Richard Rose Prize by the Political Studies Association for an early-career scholar who has made a distinctive contribution to British politics. Her Book, The Reimagined Party was published in 2020.

Dr Paolo Gerbaudo is a sociologist and political theorist. He is senior lecturer at King's College London where he directs the Centre for Digital Culture. He is the author of Tweets and the Streets: Social Media and Contemporary Activism (2012), The Mask and the Flag: Populism, Citizenism and Global Protest (2017), The Digital Party: Political Organisation and Online Democracy (2019). He is currently completing a book on politics after populism and pandemic titled The Great Recoil.

Dr Jonathan Hopkin is Professor of Comparative Politics in the Department of Government and European Institute at the London School of Economics. He is the author of Anti-System Politics: The Crisis of Market Liberalism in Rich Democracies (2020, Oxford University Press). Previously he taught at the Universities of Bradford, Durham and Birmingham, and held visiting positions at Johns Hopkins University Baltimore, the University of Bologna, and the Autonomous University of Barcelona.  He has published widely on the party politics and political economy of Europe in journals such as the British Journal of Sociology, European Journal of Political Research, Governance, Journal of European Public Policy, New Political Economy, the Review of International Political Economy, Party Politics, Politics and Society and West European Politics.

Professor Helen Margetts is a Turing Fellow and Director of the Public Policy Programme at The Alan Turing Institute, and Professor of Society and the Internet at the University of Oxford and Professorial Fellow of Mansfield College. From 2011 to 2018, she was Director of the Oxford Internet Institute, a multi-disciplinary department of the University of Oxford dedicated to understanding the relationship between the Internet and society, before which she was UCL's first professor of Political Science and Director of the School of Public Policy (1999-2004). After an undergraduate degree in Mathematics, she worked as a computer programmer and systems analyst for Rank Xerox and Amoco before returning to study political science at LSE (MSc 1990, PhD 1996), where she also worked as a researcher.

Professor Nishanth Sastry is Joint Head of the Distributed and Networked Systems Group at Department of Computer Science, University of Surrey. He is also a Visiting Researcher at The Alan Turing Institute, where he is a co-lead of the Social Data Science Special Interest Group.

Data Debates is a collaboration between The Alan Turing Institute and the British Library and aims to stimulate discussion on issues surrounding big data, its potential uses, and its implications for society.

Posted by The Science Team at 4:40 PM