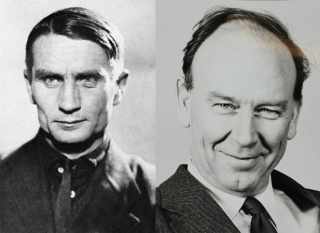 In August 1957, a 33-year-old Donald Michie travelled across Europe to visit Moscow. The journey was a remarkable one. Driving through Germany and Poland in a 1948 Standard drop head coupé with his friend from Oxford, John Matheson, the pair had lively encounters with enthusiastic locals, a Polish hitchhiker, and even an offer for their car from a film director in Russia.i

Whilst visiting the Institute of Genetics in Moscow, Michie had a chance encounter with Trofim Lysenko, the infamous Soviet geneticist. Seizing the opportunity, a five-hour interview between the two and Lysenko’s colleagues ensued, with a transcript and reports following in British publications over the following 12 months. What had started out as the tour of a young socialist had turned into a golden chance to meet and interrogate the man at the centre of one of the greatest scientific controversies of the twentieth century.

The British scientific community was rocked in the 1940s and ‘50s by the rise of Lysenko to Director of the Institute of Genetics in Moscow. His theories and methods (both scientific and as a political figure) prompted resignations from scientific societies, radio broadcasts and journal articles denigrating him, and no small degree of infighting as people attempted to separate the emerging Cold War political divide from the scientific merits (or demerits) of his work. Michie, as a young geneticist forging his career in this time, found himself at the heart of this.

Lysenko was a neo-Lamarckist, arguing that characteristics acquired in response to the environment an organism lives in could then be passed on to future generations. The traditional view of the 1950s, based on the work of Gregor Mendel, was that the environment’s role was limited to accelerating or slowing down random mutations of genes. Lysenko’s belief in this view was not the only factor in driving controversy. The international scientific community was also concerned by the state endorsement of his science within the Soviet Union, prompting the disappearance, side-lining, or death of prominent critics, such as N. I. Vavilov. Lysenko’s precise liability remains an issue of contention to this day. 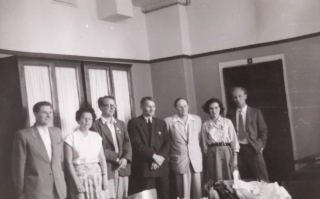 Michie was carving out his career in genetics in the 1950s. By 1953, he had finished his DPhil in mammalian genetics under the supervision of E. B. Ford at Oxford. He then moved to work as a researcher at UCL alongside notable figures such as J. B. S. Haldane, Michie’s second wife and celebrated biologist Anne McLaren, and future Nobel Prize winner Peter Medawar. Michie had already dipped his toe in the waters of the Lysenko debate in a remarkable exchange of letters to an obscure rabbit breeders’ magazine, Fur and Feather, showing himself unafraid to side with controversy as he argued in favour of testing Lysenko’s theories.ii 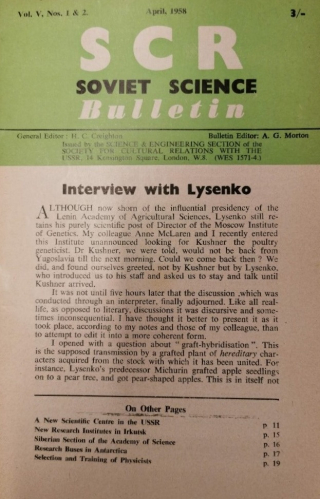 The interview with Lysenko revolved around a major theme from Michie: would Lysenko be prepared to share his methods, publish work in English and permit exchanges of personnel with Western institutions? Michie’s belief was that differences between the West and Soviet Union could be overcome through collaboration and openness, fostering a spirit of sharing knowledge. Lysenko agreed with the sentiment, responding:

I do not agree with this division into Western genetics and Soviet genetics. Science is unitary. I believe, and my colleagues believe, that science knows no frontiers.iii

Both Michie and Lysenko argued for letting scientific results win the debate, however they understood the obstacles in the way of that outcome rather differently. Lysenko saw bad faith and entrenched attitudes from Western scientists, believing them unwilling to entertain the possibility of Soviet scientists producing good research. Michie saw barriers to accessibility, such as the poor understanding of the Russian language in the West. He criticised the stubbornness of Lysenko and his colleagues to share their techniques and offer work for publication in English journals, whilst also castigating Western scientists for not engaging with the science and testing it rigorously and with an open mind.

Ultimately, Michie concluded from his meeting with Lysenko:

The only certain remedy that I can see is to reunite the genetical profession in a single scientific brotherhood irrespective of politics, nationality or genetical creed. … In more definite terms, Soviet and East European biologists must be willing to publish in Western journals and vice versa.iv

The question which follows is: Did Michie’s interview impact Lysenko’s reputation in Britain?

The short answer is probably not. For instance, Michie drew upon Lysenkoist scientists in a remarkable 1958 essay reflecting on 100 years since Charles Darwin’s On the Origin of Species.v The references to Lysenkoists were not well-received by reviewers, with them finding Michie’s piece out of step with the tone of the other essays in the collection. Lysenko’s reputation was, at least in the late 1950s, still entrenched negatively in the Western scientific world.

Shortly after these interventions, Michie drifted away from the world of genetics to pursue his long-standing interest in computers and artificial intelligence following his move to the University of Edinburgh in 1958. As such, his contributions on Lysenko petered out. He would go on to become one of the pioneers of artificial intelligence research in the United Kingdom. Never one to shy away from controversial topics, he found himself at the centre of the heated Lighthill debate in the 1970s concerning the funding of AI projects.

Lysenko’s reputation has largely remained contentious in the UK. Whilst there have been attempts to rehabilitate his science and separate it from his political reputation, such as by Chinese scientist Yongsheng Liu in the early 2000s, there is still a great deal of baggage associated with Lysenko.

Perhaps history is not after all a documented story of what probably happened. Rather, perhaps history is whatever tale of mystery and imagination becomes in the end too embedded to set straight.vi

Whilst this may have been one tale which Michie could not set straight, his open-mindedness and commitment to scientific exchange as an early-career researcher are admirable and fascinating to see in the face of such a controversial and fraught debate.

Matt Wright is a PhD student at the University of Leeds and the British Library. He is on an AHRC Collaborative Doctoral Partnership researching the Donald Michie Archive, exploring his work as a geneticist and artificial intelligence researcher in post-war Britain.

Posted by The Science Team at 5:01 PM