Three men, a tobacco plant disease, and a virus.

The word ‘virus’ was long known in science, but it was not used to describe the pathogen we know it to be. That was the work of Dutch biologist Martinus Willem Beijerinck. 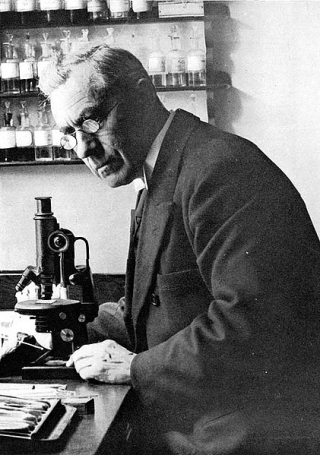 Beijerinck was the third of three scientists who had worked on the tobacco mosaic disease, an infection that could devastate whole crops. He continued the work done on the disease by Adolf Mayer, former Director of the Agricultural Experiment Station at the Agricultural School in Wageningen where he himself was based. Meyer found that if a bacterium was the cause, there was something strange going on but he could not figure out what it was. 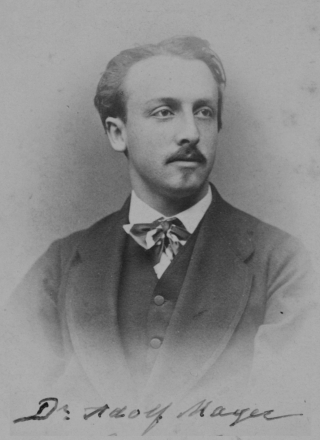 The next step in the right direction was made by Russian botanist Dmitrii Ivanovsky He concluded that the tobacco mosaic disease is caused by something much smaller than a bacterium, because it had slipped through the finest filters of the time, that no bacterium could cross.

He published his findings in several publications, amongst which was an article entitled ‘Die Pockenkrankheit der Tabakspflantze’, published in Mémoires de l'Académie Impériale des Sciences de Saint-Pétersbourg in 1890. 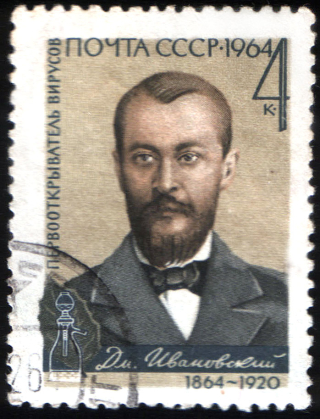 Dmity Ivanovski, from a USSR postage stamp celebrating the centenary of his birth

Apparently this was not picked up by our third man, Beijerinck. He conducted similar research on the tobacco mosaic disease as Ivanovsky had done, but concluded there had to be a new form of infectious agent. Because it was soluble in water Beijerinck called it Contagium vivum fluidum and he called the pathogen ‘virus’ to distinguish it from bacteria.

He also suggested the new idea that viruses were only capable of reproducing in cells of other organisms. His hypothesis was confirmed a few years later, when electron microscopes became available. I am not sure whether Beijerinck lived to see this new type of kit, because he died in 1931, the year it was invented. 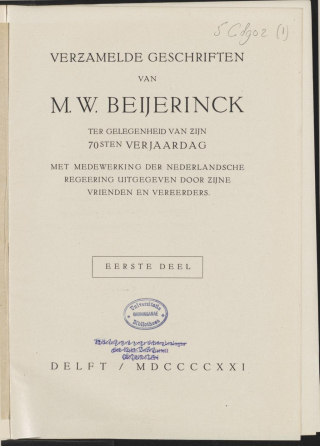