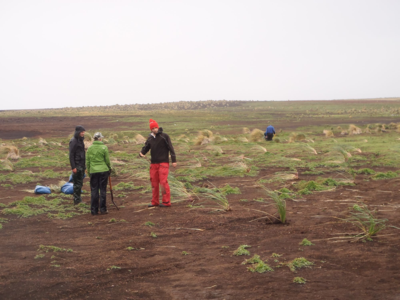 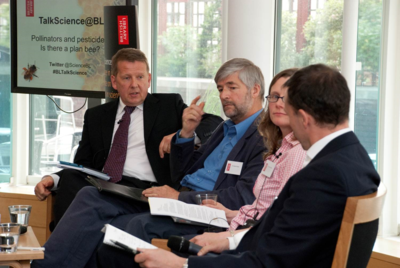 From organising a public debate to writing-up science conferences and festivals, my time as part of the science team at the British Library is at an end. My placement followed on from first BBSRC intern, Catriona Manville who became the ‘poster-girl’ for the BBSRC placement programme in 2012. Even though it was never really a competition, after three months at the British Library could I be the next BBSRC ‘poster-boy’? 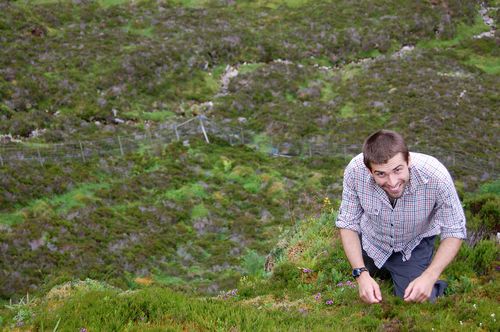 Stuart [me], surveying a grazing exclosure on the Beinn Eighe nature reserve in Scotland. Photo by Kyle Munro.

Before my internship I was writing-up my PhD thesis in Biological Science at the University of Aberdeen, but I wanted some experience in science policy. A placement at the British Library was appealing as an intermediary between interacting with policy makers and the general public. To that effect, I have attended as many meetings, workshops, conferences as possible; from the British Science Association Science Communication conference to a day talking to MPs at the House of Commons with the Society of Biology. For many of the events I attended, I wrote articles or blog posts to share what I learned. For example, I attended my first ever festival (and kept my wristband to prove it!) - the Cheltenham Science Festival - and helped write an article in their newspaper, Litmus paper. 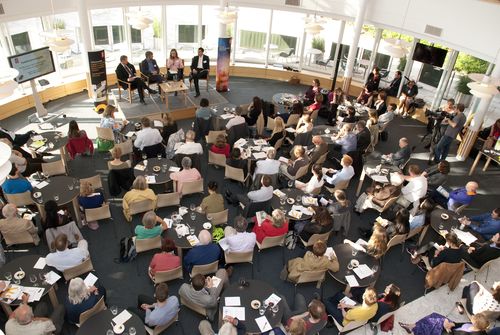 Spot Stuart during TalkScience@BL ‘Pollinators and pesticides: is there a plan bee?’ Photo: Peter Warner.

The pinnacle of the placement has been organising TalkScience. This is a quarterly evening event, similar in format to a café scientifique. After reading the news, policy briefings, publications and reports, we decided our next TalkScience topic would be on issues surrounding the potentially harmful effect of pesticides on insect pollinators. “Pollinators and pesticides: is there a plan bee?”  was chaired by Bill Turnbull, BBC presenter and beekeeper in discussion with the panel comprising Dr David Aston (British Beekeepers Association), Dr Peter Campbell (Syngenta) and Dr Lynn Dicks (University of Cambridge). Even greater public outreach was gained via Bill hosting a BBC Horizon programme about demystifying the bees - leading to the event being filmed by the BBC. Keep your eyes peeled on BBC2 on 2 August at 21.00 and you might see a few shots of the event!

Being part of the British Library science team was a large learning curve and has increased my awareness of activities supporting, using and extending scientific research. For example, I gained new insights into Open Access and how recent policy changes are influencing libraries, funders, publishers and researchers. Even on a day-to-day basis, the transition from PhD student to science outreach is a change in mind-set and routine.

•    Preparing for a monthly supervisor meeting to participating in daily meetings with a wide range of people
•    Preparing for a single yearly conference to attending a conference every few weeks
•    Focusing on a single specific area of science to following multiple disciplines
•    Expanding sources of information from primarily research articles to journal and society news, policy briefings and blogs/Twitter! 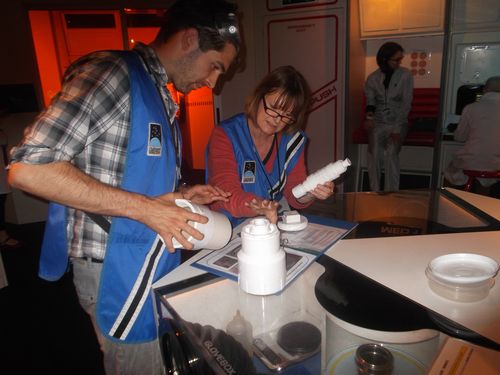 A typical internship job at the British Library; fixing the life support system in the office to stop rising CO2 concentration killing the team! This was a team away day at the Leicester Space Centre.

Should I become the next ‘poster-boy’? To be honest, as a PhD student, I feel lucky to have experienced my fair share of media engagement with BBC Horizon. There are many scientists, societies and government advisors completely immersed in outreach and policy that deserve more recognition. Undertaking a placement at the British Library has been a rewarding experience in itself and I would encourage future PhD students to consider the opportunity.

Stuart Smith is a PhD student studing the effect of livestock grazing on the carbon cycle at the University of Aberdeen and has finished his internship as part of the BBSRC policy placement scheme. 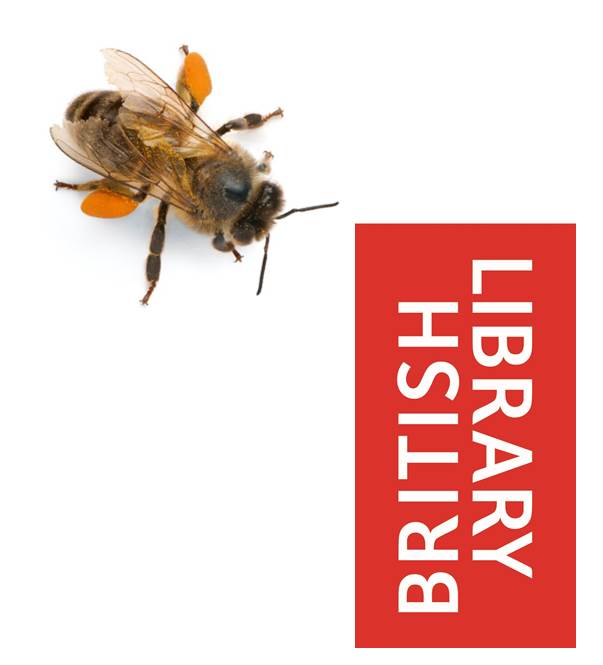 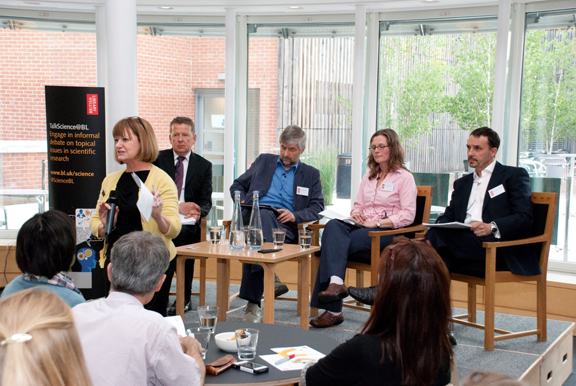 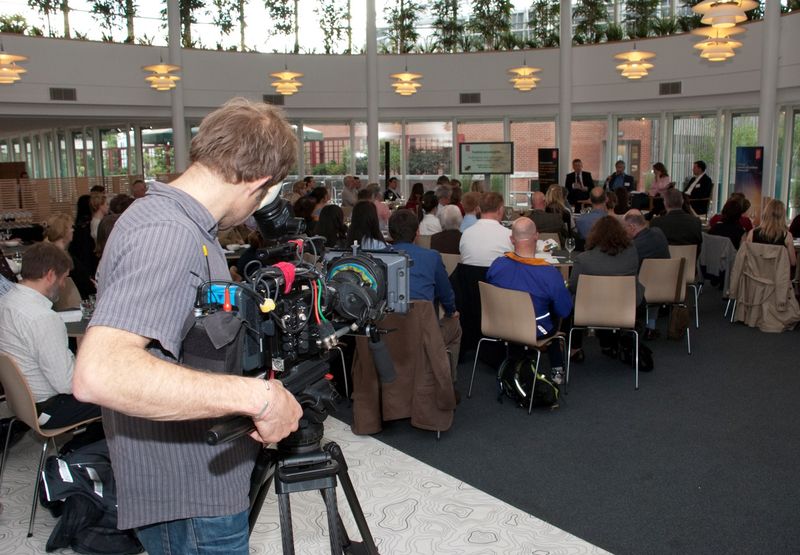 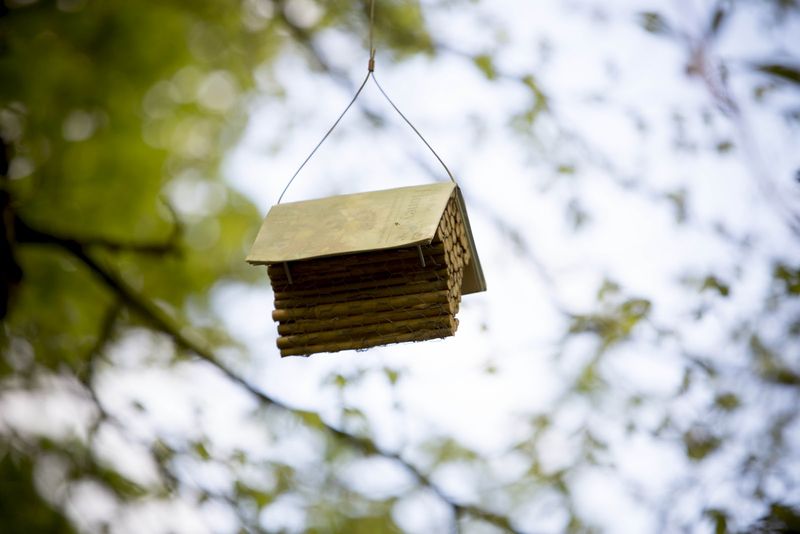 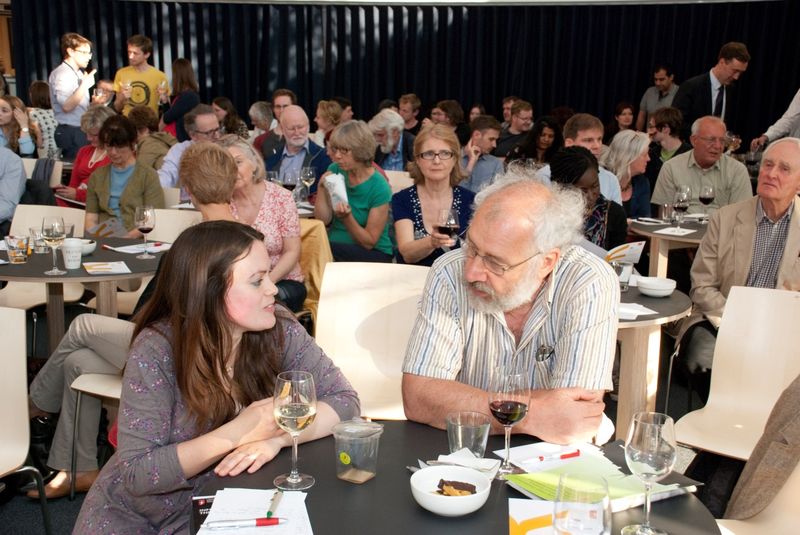