Expanding on last week’s post on open data, today we look at our role in DataCite and how we are supporting the UK research data community.

The British Library is one of the founding members of DataCite, an international organisation bringing together the research data community to work collaboratively on the challenges of making research data visible, accessible and citable. DataCite is a registration agency for Digital Object Identifiers (DOIs), and the British Library is an allocating agent on behalf of DataCite. We provide an infrastructure that supports simple and effective methods of discovery and access. We work with data centres and other organisations to enable them to assign to DOIs to data.

Since 2011, the Library’s Science team has been developing DataCite services in the UK. In practical terms, this has involved working with a range of organisations that create, manage or archive data, setting them up on the system, so that they can assign DOIs (a process known as minting - we even have mints, pictured, to prove it!), 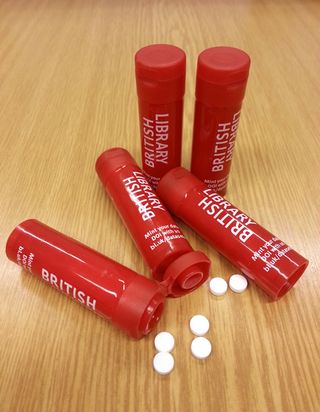 working on the DataCite metadata schema and ensuring our community’s needs are represented within the global DataCite membership. To support this work, we have organised a series of workshops, exploring the various aspects of data citation, as well as the requirements for working with DataCite and DOIs.

We’ve covered a lot of topics in the last year. From the basics - such as what does minting a DOI actually mean and how do I do it? (you can find out how in our YouTube video) and what should I put a DOI on - to more complex subjects such as how do I deal with sensitive data or different versions? We’ve had lively discussions at all of the workshops, supported by excellent presentations from colleagues who are working with research data. You can see the full list of topics covered and presentations from the workshops on our webpages www.bl.uk/datasets

In addition to running workshops, we’ve been out and about talking to colleagues in universities - discussing how they can use the service as well as hearing about the challenges they face in managing research data. These meetings and workshops have provided opportunities to explore how we can work together – across a range of institutions and disciplines. What is certain and, I think reassuring for everyone, is that no one has all the answers – processes and practices are evolving but it is encouraging that we can work on solutions together. If you’d like to talk to us or arrange a workshop for your organisation, then do get in touch (datasets@bl.uk)

We’ll be coming back to issues in research data management and data citation in future posts but for now we’re looking forward to a week of discussion and debate at the Research Data Alliance meeting and DataCite Summer meeting in September.

Libraries just worry about books, right? Wrong! We also worry about data. If you want to provide a useful service to the research community (and that community includes anyone who wants to do research), you need to think about all the information, including research data sets, that people may need. But we recognise that isn’t always easy to do.

The Royal Society’s 2012 report on science as an open enterprise focused on the value of research data and, at a recent meeting, Professor Geoffrey Boulton who led the study noted that ‘open science’ approaches are not new. Henry Oldenburg, the 17th-century German natural philosopher and first Secretary of the Royal Society, ensured all his scientific correspondence was written in vernacular (and not Latin, as was the norm), and that all his observations were supported by supplementary evidence (and not just assertions).

Thus Boulton reflected that while the value of supporting reproducibility and providing an evidence base had been recognised very early on, many journals no longer published the results in tandem with the underlying data. Fortunately the technology is now allowing many publishers and others to provide better access to the data.

In some areas of science there has been a culture of data sharing. If researchers are sequencing DNA from any species they are asked to submit it to GenBank: a database established to ensure that scientists have access to the most up-to-date and comprehensive DNA sequence information. Most publishers require the researchers to provide evidence that they have added their data to GenBank before publication. So, if you work on sequencing DNA, getting access to other people’s data is relatively easy – but that is not necessarily the case for many other areas of science. 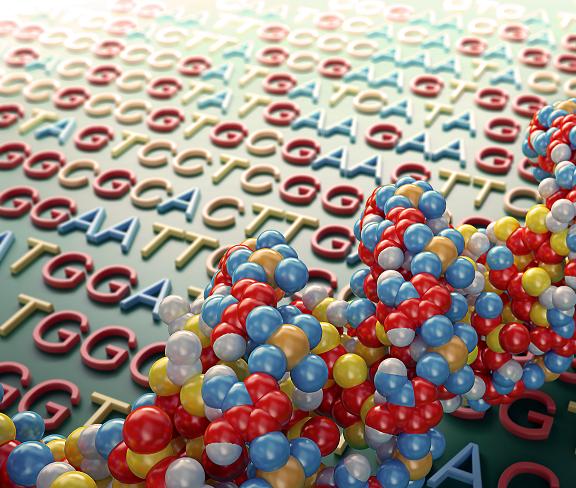 The reasons are complex. In many areas of research, there are no established or permanent stores for the many types of data that are produced. For researchers, the data they collect or generate is the primary output of the research and therefore comprises their intellectual capital. Many researchers are concerned about receiving appropriate credit for their efforts and that may not happen if they share their data with all and sundry. But that objection could be tackled if researchers could cite data – and thereby be recognised for their contribution.

The British Library is a founding member of an organisation called DataCite which, as the name suggests, was established to enable data to be cited. We have been working with a range of organisations responsible for managing, storing and preserving data from a variety of areas – everything from archaeology to atmospheric science – to enable them to attach a ‘digital tag’ to data that allows it to be referenced. This tag is ‘persistent’, so that even if the data is no longer available, it will be possible to find out what has happened to that resource. We hope when someone says – ‘show me the data’ – we will have played a role in making that possible.