9 o’clock this morning saw your intrepid reporter, armed with the departmental camera, heading purposefully towards St Pancras station to take some pictures of the Olympic rings which have been set up just in front of the clock, and which were unveiled yesterday. 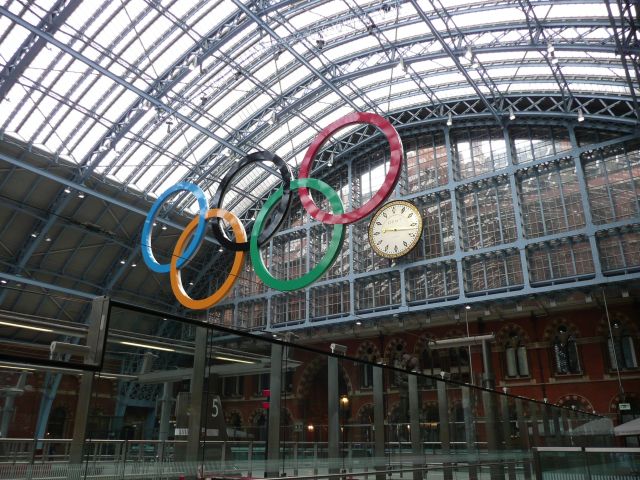 Several other enthusiasts were clicking away and it was quite a photo opportunity given the imposing architecture of the station and the immensity of the rings ( a 20 metre-wide aluminium structure according to the BBC). Anyway, no one could possibly miss them.

The presence of the rings really brings home to us the importance of St Pancras as a gateway to the London 2012 Games. It is from here that the ‘Javelin’ trains going to and from the Olympic park will run, and apparently the trains will take just seven minutes to cover the St Pancras-Stratford International section of the line. A huge amount of time and money has gone into providing this ace transport service, which aims to make the travel experience of the spectators fast and hassle free. Plus, all the tickets for the Games will have Travelcard accessibility built into them. Very impressive. 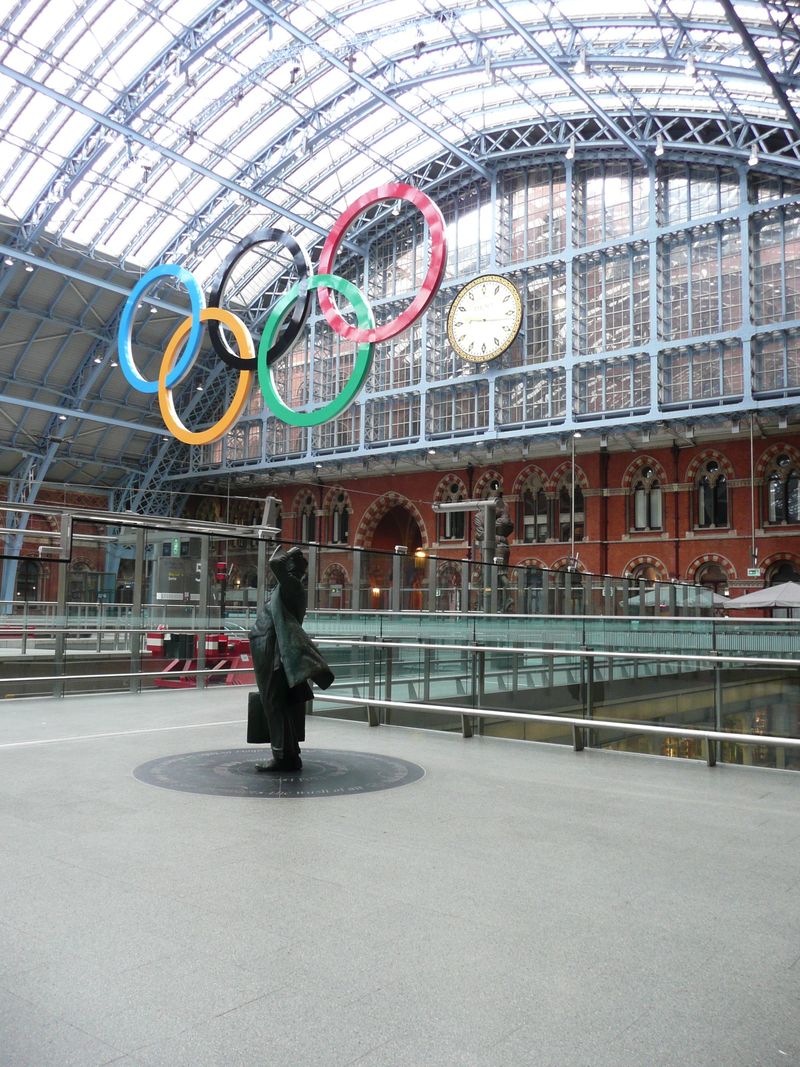 Impressive too are the ODA’s plans to create walking and cycling paths which will enable people to make their way to the Olympic park under their own steam. Walking and cycling groups have been closely involved with this initiative through the London 2012 Active Travel Advisory Group and their efforts will help to create a marvellous legacy for years to come. As an enthusiastic supporter of public – as opposed to private – transport, I find these aspects of the London Olympics enormously encouraging. They don’t get a huge amount of publicity, in comparison to other issues, but they are thoroughly laudable. Let’s celebrate them!