Runners, Divers, and Bakhtin: The London Olympics are Finally Here 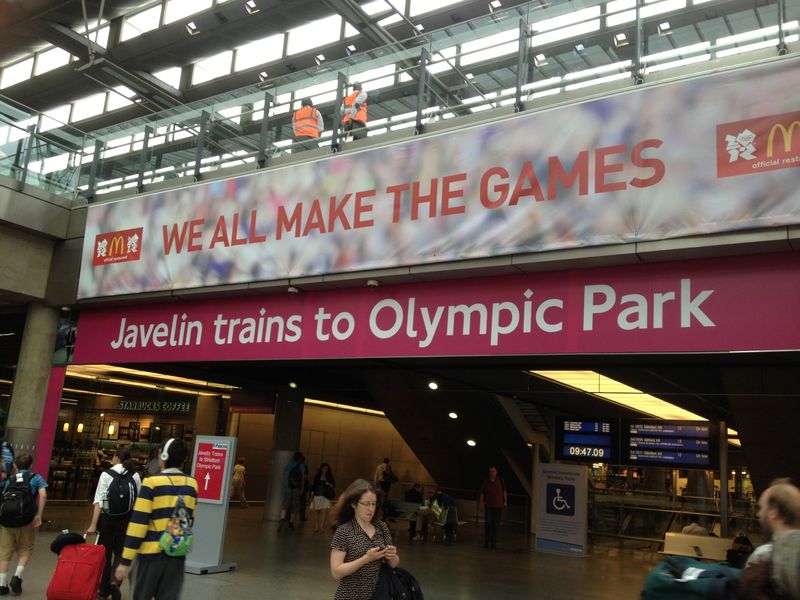 I have been working in the social sciences team, here at the British Library, for just over a year. A lot of this time has been devoted, through developing the website and other activities, to assisting researches and interested members of the public in exploring sport through the lens of the social sciences. Undoubtedly, the Summer Olympics and Paralympics has been a fantastic catalyst for this.

I’m well aware that – when it comes to the Games – hyperbole has been with us from the very start. An inflation of positive adjectives has characterised media coverage and official discourse about it. But I have to admit that – deep breath – this is a “once in a lifetime” opportunity to witness a rather unique event. If you live in Britain, and especially London, you happen to be right in the middle of it. And yes, it’s impressive.

Of course I don’t mean to say that one should accept all the propaganda (caution: I’m using the term in its strict etymological sense!) that inevitably accompanies an event such as this. It is only right that we don’t abandon our critical faculties. Social scientists, researchers, and members of the public must continue to scrutinise the grand claims made by the IOC and the Government, about things such as the “legacy” of the Games. Here at the British Library, we hope to enable people to do just that.

However, healthy scepticism and a certain excitement, even enthusiasm, can coexist. If not to the entire world, London has become host to a large part of it. People who will be physically here, as well as those who will follow the next few weeks’ events through the media.

Walking though St Pancras International train station this morning, on my way to work, I found myself unusually cheerful. There were coloured banners, people speaking numerous languages (in itself not unusual for London; quite the contrary), Olympic volunteers in their shiny new uniforms and – in the tradition of English eccentricity – members of the public wearing outrageously over the top, carnivalesque costumes they had obviously made themselves.

So perhaps that’s what it is. The Olympics –quite aside from the sport – is also a carnival. In spite of all the hyper regulations touching upon commerce, traffic, branding, and so on, this is – or can be – a liberating moment. Temporary, with limitations, but still liberating. And perhaps that’s why – if we’re honest – most of us like it, at least a bit.

Could it be that Mikhail Bakhtin could maybe tell us more about London 2012 than Lord Coe, Jacques Rogge, or David Cameron? Oh dear, I feel a PhD thesis coming…. And for that, the British Library’s reading rooms might be more appropriate than the Olympic Park!