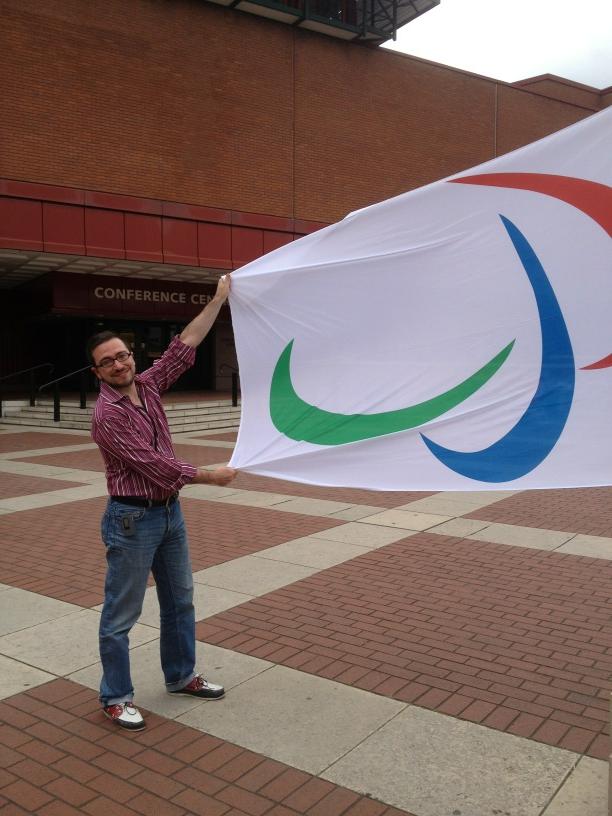 If you’re expecting a balanced, unbiased article on the Paralympic spectacle I’m afraid you will be disappointed. To my surprise, the level of excitement I’ve been experiencing has been rather startling. Partly, it may be due to a semi-conscious desire not to let go of the party atmosphere, the general sense of excitement that took hold of Great Britain, and especially London, during the Olympics. I may be generalising, but I think the Games made us fell good about ourselves and – like all good parties – they gave us a break, albeit a temporary one, from the daily worries of our challenging times. But like all parties, the Olympics too ended. Except that they didn’t, really; the Paralympics got it started again.

Undoubtedly, for the host city and the host country, both the Olympics and the Paralympics have a special value. They are occasions to showcase the Nation; to project a preferred image, both to outsiders and, crucially, to itself. In the case of the Paralympics, an extra layer of meaning is added and it has to do with the way we – as a society – view disability. Of course one can’t be naïve; a few days of highly visible elite sportsmanship will not translate instantly into the removal of all barriers, some of them physical, some cultural and psychological, that still affect the live of disabled people. For every Oscar Pistorious (isn’t he great?), there are probably hundreds of people who find it difficult to go the office because of architectural barriers and transport systems that are not fit for purpose. According to data published in the Office for National Statistics Labour Force Survey (http://tiny.cc/7oiwjw), in 2009 there were 1.3million disabled people available for work in the UK. Of those, only half were in employment, compared with 80 per cent of non disabled people. There are certainly complex reasons behind this but certainly part of the problem has to do with perceptions of disability, which in turn has to do with still insufficient visibility of disability itself and of people with disabilities. And this is where the Paralympics and the attention given to them can and does help.

The first International Stoke Mandeville Games for the Paralysed, held in Rome from 18th to 25th September 1960 received little attention. I wasn’t able to find a single article in The Times for the period concerned (but I’m still searching!). During the Games the largest Italian daily, Corriere della Sera, only published three articles on the event which, after all, was being held in the Country’s Capital. According to The Times (31/08/2012), 20 years ago the Barcelona Paralympics had only one British TV programme devoted to them. It is therefore impressive that this time Channel 4 was willing to pay £9million to outbid the BBC for the rights to broadcast the Paralympics, promising around 500 hours of coverage over the 11 days of the event. So far the bet appears to have paid off. The viewing figures are stunning: peak viewing of 11.2 million and an average of 7.6 million viewers for the stunning opening ceremony. And let’s not forget the 2.4 million tickets sold. In contrast, according to The Times, NBC - the US broadcasters – will only show its viewers a 90-minute programme with highlights on September 16. This in spite of the fact that the US has 340 athletes in the Games, and the UD disabled population is estimated at around 38 million. In other countries, the situation is likely to be worse. Clearly, there’s still work to be done.

But does this all matter? And don’t paralympians want our attention to be focused on their sporting performances, rather than on whichever disability they may happen to have? Are we – the able-bodied viewing public – patronising when we watch the Paralympics with added interest and Paralympians’ performances with added admiration? I may be wrong on this, but I don’t think we are. In my view, paralympians – just like any disable person – are who they are not in spite of their disabilities but because of them. Impairments are facts of life; just like skin colour and sexual orientation: they just exist. The Paralympics, among other things, can help society become more aware and accepting of this fact. In addition, they are fun to watch and an opportunity to be excited by the athletes’ physical prowess and sheer determination. On top of this, they can help change attitudes. So in this case – but alas not in the Paralympics or the Olympics – everyone’s a winner!