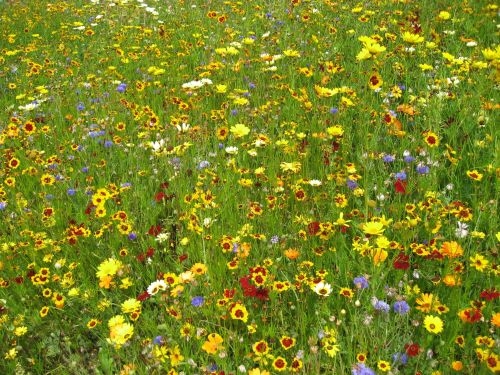 
Boris Johnson, in his speech outside Buckingham Palace after last Monday’s parade spoke of a ‘tear-sodden’ farewell to the Olympic and Paralympic Games, and this just about summed it up for most of us. It hardly seems possible that seven years have elapsed since the Games were awarded to London, and that all the milestones that we passed – the clearing of the Games site, the creation of the logos and mascots, the completion of the venues, the planting of the Park, the inauguration of the Mobot, and so on and so forth, have now been done and dusted. Everything we did and said: the controversies, the bright ideas, the decisions, the objections, the recommendations and the action itself are officially  ‘history’.

Athletes, coaches, policy makers, performers, volunteers, media, researchers, official bodies, schools, archives, museums and libraries - numerous people and institutions have played a role, large and small, in putting London 2012 on the map. How many meetings have been held to talk logistics? How many people have been ticking off items on their ‘to do’ lists over weeks, months and years? It’s impossible to imagine all that activity in retrospect.

So what are we left with, and what do we do next? The word ‘legacy’ has been used almost ad nauseam in connection with the event, but in some ways it is the most important factor of all when a country stages an Olympics and a Paralympics. If you don’t take legacy seriously the positive aspects of the Games can evaporate or decay, and neither of these things are what we want for GB.

As with the preparations for the Games, we are all involved in different ways with legacy, and we all have separate responsibilities to give it its best chance. At the BL we aimed to do what we could to enhance the nation’s archive of Olympics & Paralympics research material, working with LOCOG and other Games makers to collect the vast amount of publications produced by these organisations; searching out UK domain Games websites and archiving them, supporting initiatives like the cultural Olympiad, staging the Olympex exhibition and showcasing our collections through websites like Winning endeavours and Sport and society. We hope our contribution to the legacy of the Games will last for generations and be used by thousands of people wanting to find out more about what actually went on in those years of planning and performance from 2005 to 2012. Other archives like TNA will have done the same thing and will be hoping for the same things too.  So for us, the work continues, tracking down those errant publications, keeping an eye on what’s being published as the years go by.

‘What next?’ is effectively all about legacy. The IOC & the IPC will want a thorough audit done of these Games, so that lessons learned can be passed on to the next host city. The world of academia will be particularly caught up in this next phase of the London 2012 process, analysing what happened, identifying what has changed and what may change in the future. Years may elapse before firm conclusions are reached, but let’s hope that the Games legacy blossoms like the Olympic Park.

Broadcasting the Olympics: A Peep Behind the Cameras

So the Games are over. Bye-bye London; Rio, here we come. By now, most people will agree: both the Olympics and the Paralympics have been an astounding success. They came, they won, we watched.

Although millions of tickets were sold, most of us watched the Games from the comfort of our homes. A lot has been said and written about what happened in front of TV and computer screens in Britain and across the world. London 2012 was undoubtedly a sporting triumph but as well as the Usain Bolts, Oscar Pistoriuses and Mo Farahs, the great winner of the "emperor of mega-events" was the broadcasting media.

What we watched on screens and what some of us saw at the Olympic Park was astounding but it was just the surface. To put on a good show is – among other things – to draw the spectator into an alternative world that she can enjoy, almost oblivious to all the preparation and machinery necessary to make it happen. Behind the astonishing performance of an athlete, there are hours of training as well as scientific research on aspects such as physiology, and physics. Similarly, behind every minute of broadcasting there are literally thousands of hours of planning and of researching new technologies. When we talk about the ‘legacy’ of London 2012, we ought to keep in mind that it will not only involve young people taking up sport.

To begin with, it was astonishing to learn the amount of preparation that went into broadcasting London 2012. Soon after it was announced that London would bid to host the Games, the BBC began to plan what it would cover, and how. It was decided that coverage would extend beyond sporting events to include cultural ones. In a sort of game of mirrors, the Games became a catalyst to showcase BBC products and they, in turn, became occasions to focus attention onto the forthcoming Games.

Drama was enlisted to entertain viewers and inform them on Olympic and Paralympic-related issues. So, although it was Channel four that had won the rights to broadcast the Paralympics, the BBC commissioned and aired The Best of Men, a one-episode dramatisation of the origins of the modern Paralympics in the work of Dr Gutmann, at Stoke Mandeville hospital. It was Dr Guttmann’s introduction of sport into the rehabilitation programme of wounded soldiers that led directly to ‘the most successful Paralympics’ in London, this year. Similarly, Bert and Dickie – which dramatised the accomplishments of the two rowers Bert Bushnell and Dickie Burnell – was an opportunity for the public to learn more about rowing as well as the 1948 ‘austerity Olympics’. One of the most successful pre-Games events, the torch-relay – which truly gripped the Nation – made it into BBC One’s best-known soap opera: Eastenders.

But when the real show began, the BBC spared no efforts. All of its channels were enlisted, at one point or another, to fulfil the promise that every minute of every sport would be, for the first time ever, broadcast. That meant, among other things, finding commentators knowledgeable enough to assist the viewing public in following and actually understanding sports which are relative obscure.

Digital technology did not – of course – begin with the Olympics, but it was certainly used to enhance the experience. The same applies to High Definition viewing as well as Super HI-Vision (SHV). SHV has sixteen times as many pixels as High Definition; this makes a picture with 7680 pixels across by 4320 pixels down. SHV was developed by NHK, the Japanese national broadcaster. Although NHK had used the technology before, London 2012 has been the biggest operation so far. Apparently, it gave an amazing viewing experience and its use during the Olympics is likely to determine how it will develop in the future.

Learning what broadcasting the Games entailed was fascinating. To all those present, it was clear that it required a monumental effort on the part of very many people. Unlike the athletes’ their names may never be known by the general public. Their achievements, however, will be part of the legacy of London 2012 and are likely to inspire a generation too, maybe not to run on a track but just to sit behind a TV camera. And that’s legacy just the same. 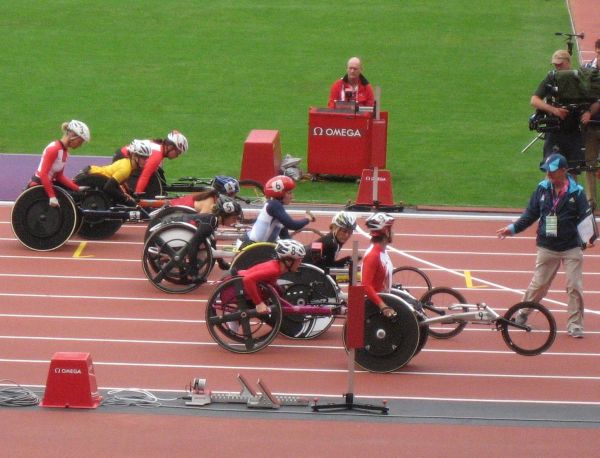 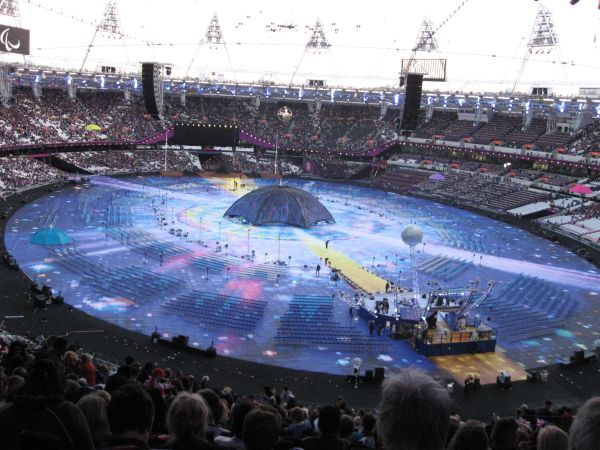