Tales from the Archive: How do food researchers from different disciplines use archives

Social scientists conducting food research are increasingly turning to archives to collect data for their studies or in some cases starting their research with a piece of found data from the archives, but what are the rewards, difficulties and methodological questions which arise when conducting ‘fieldwork in the archives’? (Bretell, 1998)

On 19th November the British Library hosted Tales from the Archive. This day-long workshop featured presentations from a range of speakers, all of whom shared their experiences and insights on working with archives to carry out food related research. The talks raised questions about the (re)use of archives by social scientists - how to social scientists engage with historical archives? What are the challenges of using archival material in social science research? How do we distinguish between primary and secondary data?  How do we situate the context of an archive in our research?

Polly Russell, Lead Curator in Social Sciences at the British Library, began her talk ‘Archaeology or Social Research? The Biography of an Archive’ by offering a tentative definition of an archive as “a place where material not originally intended for publication is deposited for future use.” This raised the issue of how the data collected by a research project and material held in an archive might differ. While research projects collect data for a known objective, archives are often created for future, unknown researchers. Polly encouraged the exploration of archives by social scientists but with an understanding of an archive’s remit and biography 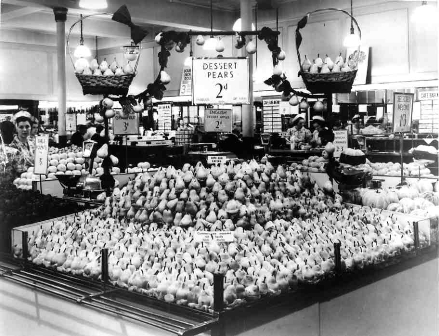 A discussion point which ran throughout the workshop was the difficulty in distinguishing between a a primary and a secondary source. Professor Stephen Mennell’s talk entitled ‘Theory-driven use of archives in food research’ discussed the inadequacies of the traditional distinction between primary and secondary sources as set forth by historians. Professor Mennell also spoke about how his theoretical research led him to the fruitful discovery of the Lord Steward’s papers, in the National Archives, a resource which he considers still to be grossly under-exploited.

Dr Libby Bishop highlighted the rich body of food related data available at the UK Data Service and Helen Wakely, Archivist at the Wellcome Library, reflected on her own discoveries made while ‘Shopping around the archives’ (the title of her talk) which included a collection of recipe cards for some elaborate moulded jellies.  Helen also described how archival practice at the Wellcome Library is increasingly moving towards a thematic rather than format driven approach to collecting materials relating to selected subjects such as food, health and nutrition. In her talk ‘On the Strategic Use of Archives in Sociological Research about Food’ Professor Anne Murcott described using Kelly’s business directories to establish the historical existence of ethnic populations and imported food businesses in Cardiff. Like other speakers, she encouraged researchers to first explore existing archival materials before embarking on creating new data sets. 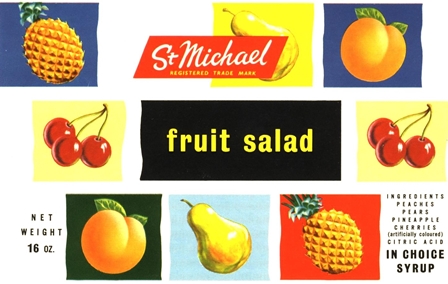 In his talk entitled “‘Sold with a story’: food narratives from farm to fork” Professor Peter Jackson discussed the British Library’s Food: from source to salespoint oral history archive, to which his research project Manufacturing Meaning Along the Food Commodity Chain contributed. Peter raised the question of the different ways social scientists and oral historians view archival material and the tensions between valuing the ‘integrity’ of the whole life while also attempting to make wider arguments about social change.

A discussion with all speakers at the end of the day suggested that ‘Tales from the Archive’ had been a good starting place for discussion about the issues involved in social science food researchers using archives. It was agreed that the many different contexts of use and re-use, as well as the data itself, need to be evaluated in any analysis of archival material and that the ethical issues raised by archival research require further discussion.

To find out more about our Food Studies materials and watch a video of Dr Polly Russell talking about our archives which relate to food, visit our pages on the ESRC website here.