What counts as 'valid' knowledge? A day exploring knowledge, power and learning

This post outlines the event 'New Perspectives on Education and Culture' which was held at the British Library on Monday 3rd December 2012.

Yesterday we hosted an ESRC funded event called 'New Perspectives on Education and Culture' which was the final seminar in a series on Knowledge Cultures organised by Dr Kim Allen and Professor Jocey Quinn. The day explored what counts as 'valid' knowledge in our culture (what is it important to know?) and looked at who is included and excluded in processes of knowledge culture and exchange. For libraries and museums, as well as for those working across the education and arts sectors, these questions are central if we are to ensure equality in access to knowledge.

Dr Nina Power from the University of Roehampton began the day by deconstructing the question about 'valid' knowledge and how such knowledge is obtained and taught. She drew on the work of the philosopher Jacques Ranciere and made use of Ranciere's story 'The Ignorant Schoolmaster'. In this story Ranciere posits a model of learning which seeks to equalise the relationship between pupil and teacher. He suggests that if both student and teacher start at the position of 'ignorance' the power differential inherent to (and reiterated by) the traditional teacher/knowledge - student/ignorance dichotomy can be productively disrupted. Nina explored how this alternative model might shed light on the relationships which exist within the academy in the current context of higher education cuts, a pressurised working environment for academics and the wider social and economic instability in which access to 'valid' forms of knowledge is a vital resource.

Professor John Holmwood, the new President of the British Sociological Association and one of the co-founders of the Campaign for the Public University (organised to oppose the marketisation of higher education by the government) was the next speaker, but unfortunately I didn’t get to hear his talk as I had to attend to this event which was happening in the next room. (It was a busy day for our department!). However, Kim Allen and Jocey Quinn will also be writing up the event and you will soon be able to read about John's talk here. Sorry John!

During the afternoon there was a panel discussion with 5 presenters who all approached the central questions from different perspectives. Nora McGregor from the British Library raised some pertinent questions about the role of the curator in the digital age. She showed how improved access to knowledge and improved capacity to share knowledge via the internet has destabilised the position of the 'expert' curator, and has opened up a space in which the professional 'expert' and the expert member of the public can interact in new ways. For example, many maps at the British Library have been correctly georeferenced with information supplied by members of the public.

Katherine Stanley and Clive Menzies spoke about their involvement with the Occupy movement and described how the Tent City University developed as part of the activity. Katherine spoke about the experience of learning and sharing knowledge collectively in a space which while at first seemingly not very conducive to learning, developed to become an inspirational space in which to share knowledge and experience. Well-known academics such as Manuel Castells offered to provide lectures and the resulting Free University movement continues to operate. Clive Menzies spoke about the Critical Thinking course which evolved from the Tent City University and runs for 40 weeks of the year from January - October. Despite no official home, a hardcore group of students along with Clive have kept this free course alive. The talks by Nora, Katherine and Clive really spoke to the model of learning which Nina described in her account of Ranciere, so that despite the gloomy prospects for education in the current context, there seemed to be some hope for alternative models of learning and sharing knowledge. 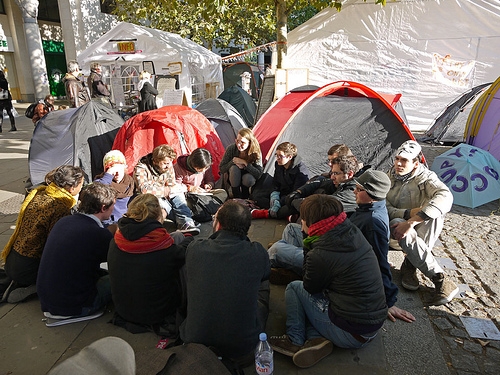 Paul Hubbard, Head of Research Policy at HEFCE gave an account of how the funders of HEFCE respond to the questions posed by the day and described the way the 'validity' of knowledge is assessed in this context. The issue of assessing impact was raised by the audience such that there was considerable cross-over with the discussions talking place across the corridor! Finally, Dianne Shepherd, an information librarian from the wonderful Women's Library in London talked about how the collections held there are made accessible to researchers both within and outside higher education. She outlined two imaginative projects: Changing Lives and Sold Feelings which respectively demonstrate how the WL has worked with young people to develop a pupil-led curriculum and then with disempowered groups to document lived experience and emotions. 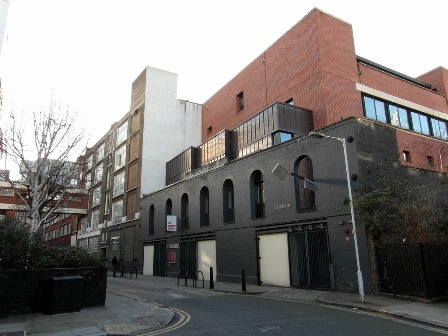 The day was very stimulating and many of us in attendance had questions and points to raise relevant to our work as educators, curators, librarians, researchers, activists and people interested in equality in access to education; I look forward to seeing how these discussions might develop and inform how we teach, learn and share knowledge.

These views are from Sarah Evans (Engagment Development Manager in Social Sciences) @dr_sarahevans and don’t necessarily reflect the views of the British Library as an institution.