Rosie in the Reading Room

Ian Cooke, Lead Curator in International Studies and Politics at the British Library and co-curator of the new Propaganda exhibition writes about propaganda songs and national anthems. Join in with his quick Friday quiz!

Well, that was embarrassing. I’ve been checking and making final notes on the recorded sound that we’ll be including in Propaganda: Power and Persuasion. I’d settled in to one of the SoundServer terminals in the Humanities Reading Room and called up the recording of the Four Vagabonds performing Rosie the Riveter (my favourite song in the exhibition). I put on the headphones and the music started – much more quietly than I was used to. As I was searching for a way to turn up the volume, I noticed a couple of people nearby looking at me with some puzzlement. Eventually one came over. ‘I don’t think that your headphones are plugged in’.

Well, there are worse propaganda songs that you can play out loud. All the same, my apologies to anyone I disturbed that day, and who may have strains of Rosie the Riveter in their head. It’s a catchy tune, almost matched by Potato Pete – which is sung by Betty Driver, who would later become famous as the long-standing character Betty Turpin in Coronation Street. 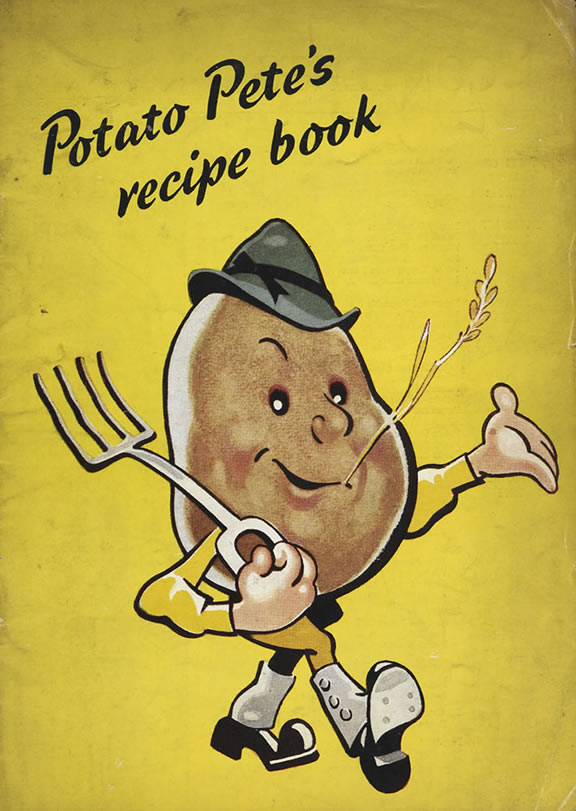 Another highlight from listening to music for the exhibition has been uncovering recordings of early versions of the Chinese play/opera ‘White Haired Girl’ – a play which uses a mix of traditional tale and more-contemporary stories circulating during the 1940s to portray communism and the Communist Party as a force of liberation in rural communities. These discs look like they were produced pretty quickly - one looks like it has finger imprints from somebody involved in the manufacture – and they capture an early performance of the play. 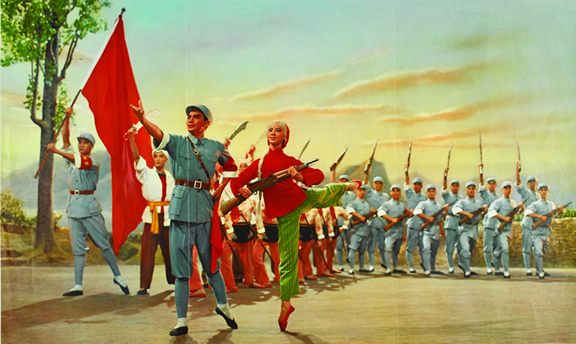 National anthems are another important way in which states can provide a simple and unifying story about their values or history. Over the past couple of days, I’ve been looking into the histories and lyrics of a number of anthems. The origins of many are bound to a particular part of that nation’s history and often reflect a period of crisis as much as a period of birth or rebirth. What’s also striking, is that, although states do sometimes involve themselves in fairly formal procedures for choosing anthems, such as competitions or organising popular votes, often the choice of an anthem comes first from popular use and adoption. Sometimes it’s only much later that a state formally adopts an anthem that had been in use as such for generations.

I’ll finish this post with a quick national anthems quiz (sorry, no prizes):

1. The official version of which country’s anthem is sung using 5 languages?

2. Which country (other than Italy) refers to Italy in the chorus of its anthem?

3. The anthem for which intergovernmental organisation has no words – instead using the ‘universal language of music’?

Not to mention that the Spanish ‘himno nacional’ has no words while the Dutch one gives honour to the King of Spain!

Yesterday on BBC Radio 4 The Today Show I heard your piece about the BL exhibition on propaganda. Why dd you only talk about GOVERNMENT/STATE propaganda? What about COMMERCIAL/PRIVATE SECTOR propaganda. That DEFINITELY has an agenda, spins, persuades, is selective. We are exposed to much more of the second sort of propaganda. We need to be very alert to this. I hope the British Library will address this explicitly - and that it will have a special exhibition about this.

Hello - that's a good point about similarities between state and commercial activities. Our exhibition focuses on state in the past 100 years, as a way of ensuring that we stayed coherent within the space of the exhibition. Our events programme however is wider, and covers themes such as advertising and political campaigning.