In our exhibition, Propaganda: Power and Persuasion, we examine ways in which modern British identity and culture has been visualized and presented both to a British audience and on an international stage. We show the film used in bidding for the 2012 summer Olympic Games, and interviews with Tessa Jowell, Alastair Campbell and Iain Dale on bidding for and presenting the Games. You can see these interviews now on our YouTube channel.

In response to our exhibition, Maya Chandra has written this post which describes her work, and one of the films that she has produced to promote the language, culture and heritage of Karnataka, a state in south India. Maya Chandra runs a successful film production company - MAYA, based in Bangalore, and specialising in government communications. TEAM MAYA has been working with the state governments of Karnataka, Tamil Nadu and Andhra Pradesh for over 12 years and has created trend-setting films for government propaganda - be it for attracting global investors, tourists or promoting issues and policies of the Governments in power.

Kannada : A language spoken by the people of Karnataka – a State in South India

Jeevaswaraa – “The melody of life”

This is a music video, commissioned by the Government of Karnataka (A State in South India) for propagating the language, culture and heritage of its land.

The video is a fine example of state propaganda, designed to create a sense of pride and belongingness among the citizens. 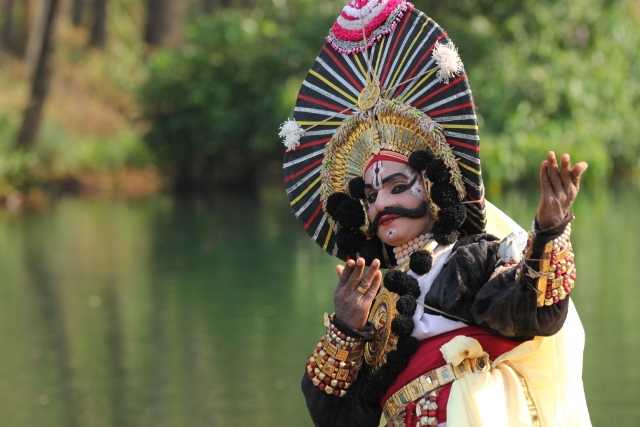 [Above: This native theatre art form called Yakshagana is one of the oldest of performing arts, and has origins in the Coastal belt of Karnataka named Mangalore. This art combines dance, dialogue, music, special make-up (made from vegetable dyes and extracts), and elaborate costumes. It is generally performed throughout the night till dawn. This art form is more of a "family heirloom", passed on for generations among the performing families. We shot this dance as the performer is on a moving boat on the backwaters of Mangalore]

Karnataka is a state with diverse cultures and home to people from all over India. It is also one of the most preferred business destinations for global investments, and very cosmopolitan in its nature. 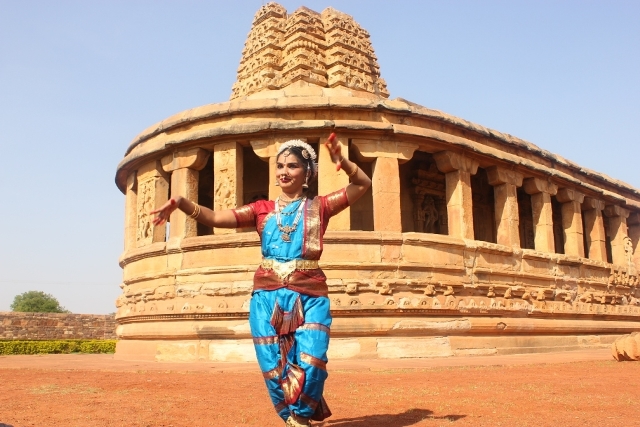 [Above: Bharatanatyam - a very ancient and popular classical Indian dance form - origins can be traced back to 3rd or 4th century BC. The potential World heritage Site where we have filmed this dance is the temple of Durga, at Aihole, situated in North of our State]

We felt the concept of a music video will be the best format to achieve this.

The song has been originally composed, and written by a popular lyricist and author – Dr.Jayant Kaikini. We at MAYA proposed this idea to the state government, and it was created over a period of 6 months. The song evokes emotions of the local people, and personifies the Kannada language itself. Shot across the state, the video features people of different ethnicities, along with local celebrity musicians, and literary people who have contributed to the growth of the language.

This music video has received tremendous appreciation and is an innovative form of State propaganda in recent times.