Ian Cooke, co-curator of Propaganda: Power and Persuasion showcases some of the photographs and messages created by members of the public during the 'Write, Camera, Action!' days at the end of July. 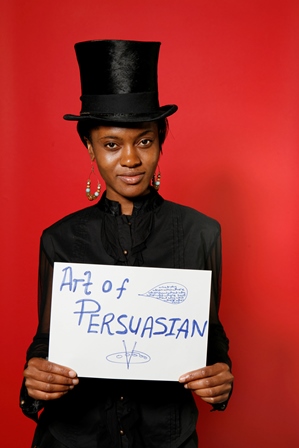 What does propaganda mean to you? What message would you want to spread and how would you do it? On 30- 31 July, we held “Write, Camera, Action!” - for two days you could write your own message and have your picture taken in our pop-up photo studio, in costume if you liked. It was an event for all ages, linked to our Propaganda: Power and Persuasion exhibition. Looking over the 80 or so photographs from the day, it’s interesting to see how people reacted to the exhibition and the idea of campaigning.

Picking up on the call to ‘Action!’ lots of the photographs encouraged others to do or stop doing something, or to adopt a point of view. This comes close to our interpretation of propaganda in the exhibition, of communication intended to change opinions and behaviour, or reinforce existing opinions or behaviour in a way that benefits the communicator. The most popular theme was around rights, equality and respect. 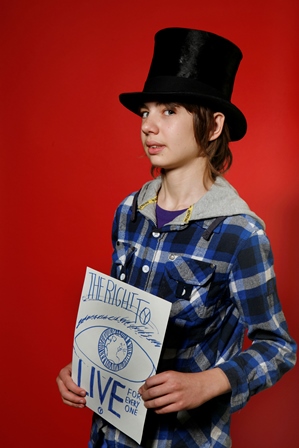 The Right to Live for everyone

Other messages were about peace and non-violence, the importance of sport and arts, and other personal interests (including origami). Art is for everyone!

I could only see one case where the attempt was to make a change that was to benefit the communicator – although you can decide for yourself who is the most successful propagandist here. 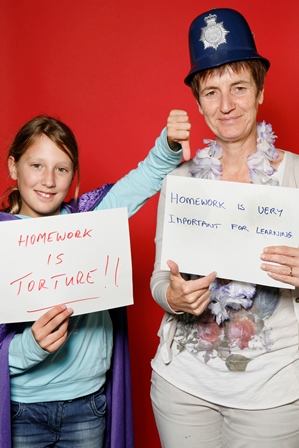 Although a lot of the contributions were light-hearted and not always serious, there were some reminders of the power of humour in more serious campaigns, providing a sense of solidarity or hope. 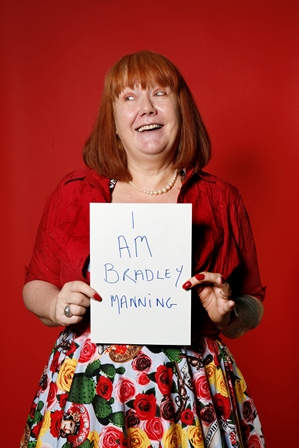 I am Bradley Manning 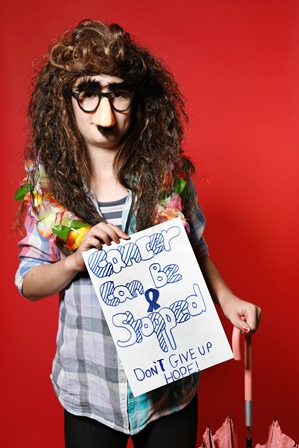 Cancer can be stopped. Don’t give up hope!

Some people also commented directly about propaganda, or drew on images and themes from the exhibition. My favourite uses the famous “I want you” recruitment pose, and creates a simple division between ‘us’ and ‘them’ (although personally I’m uncertain where I stand on the Daft Punk/ Kraftwerk divide). 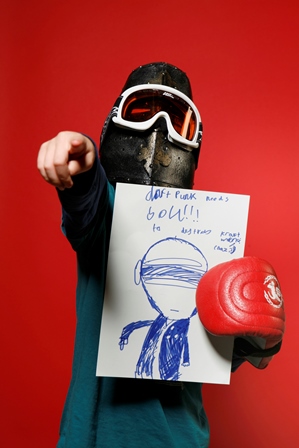 Of the costumes and props available, the magician’s top hat appeared frequently, perhaps reflecting an association between ‘propaganda’ and sleight-of-hand misdirection. 'Propaganda’ is a distraction away from the truth. Got ya!

Exclamation marks and simple pictures made for effective images. One of the strongest photos, from quite a young child, simply had a picture of a person in uniform holding a gun at another figure with an empty speech bubble coming out of their mouth.

The two days showed a great variety and creativity in the use of quite simple materials and props. A lot of people just wanted to record a personal message, and these were overwhelmingly positive ones. Almost without exception, people wanted to talk about what they loved and what enthused them.

So perhaps the best advice is to appeal to this sense of optimism and keep your message simple. 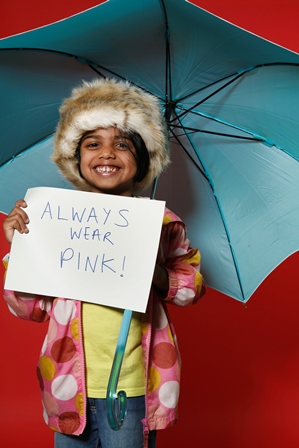 Vote for Vee (for Victory and be happy) 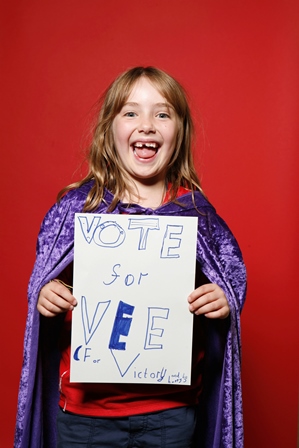 With thanks to everyone who took part in 'Write, Camera, Action!' and particularly those who gave permission for us to reuse their images, and our photographer Othello De’Souza-Hartley. Our pop-up photography studio, and workshops for children, will be back on 8 September for Super Family Sunday: The end of Propaganda.