In this post Polly Russell highlights the Library's work to assess the feasibility of digitising the complete run of Spare Rib magazine and asks Spare Rib contributors to get in touch. 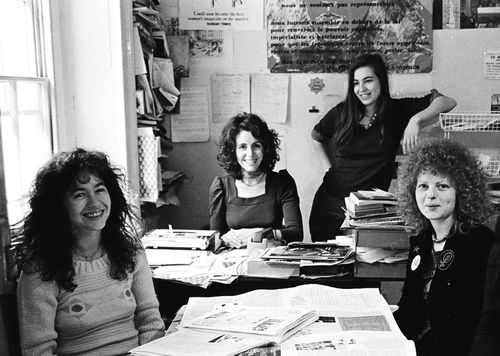 Few titles sum up an era and a movement like Spare Rib. The magazine ran from 1972-1993 and for many women was the debating chamber of feminism in the UK.

The British Library has recently embarked on a pilot project to assess the feasibility of digitising the complete run of Spare Rib magazine.

Although the entire run of the magazine has always been available to readers at the British Library and other libraries, digitising the copies and making them freely available online would transform access for researchers and the wider public. As Spare Rib is still in copyright, in order for this project to go ahead it is crucial for the British Library that the majority Spare Rib contributors (including illustrators and photographers) grant permission for their material to be digitised and made available online for non-commercial use.

The contributors and Spare Rib collective members we have spoken to date have been very positive but we still need to contact a great number of former contributors to ask their permission to digitise their content.

The British Library is undertaking a feasibility study to see whether this will be possible. Without sufficient permissions to digitise the project will not go ahead.

If you were a contributor to Spare Rib then we want to hear from you! Please fill in our online form with your information http://bl.sites.hubspot.com/spare-rib-introduction.

This project follows the success of our ‘Sisterhood & After’ Women’s Liberation Oral History archive and website which was launched at the Library earlier this year, as well as a sell-out conference which debated the history and future of the feminism. For more information on this project go to www.bl.uk/learning/histcitizen/sisterhood.