The Redress of the Past

In this post, Tom Hulme explains more about historical pageants and a public workshop entitled ‘The Redress of the Past’ to be held in London on 8 May 2014. 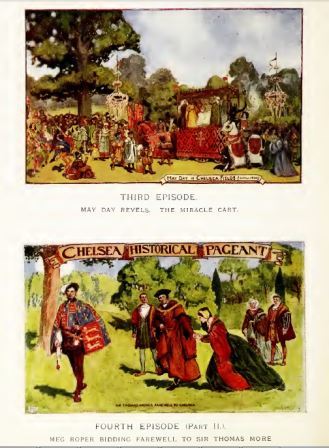 The Redress of the Past: Historical Pageants in Britain, 1905-2016, is a major AHRC-funded project, being conducted at Kings College London, the Institute of Education, and the Universities of Strathclyde and Glasgow. The project will uncover the full spread of the popular pageantry movement in Britain. The British Library’s collections contain many examples of pageant books, music, posters and manuscripts that show how people and communities celebrated and commemorated the past.

Pageants were often huge local community events staged by a variety of different groups for a range of purposes, from town charter commemorations and royal jubilees, to local association fundraisers or political protest. Casts consisted of thousands of locals, and thousands more spectators crowded into purpose built open-air arenas, as communities came together to perform what they saw as a shared history and identity. While the movement ebbed and flowed and declined especially following the Second World War, pageants are still occasionally held today, and have lasted as important memories for those who spectated or took part. 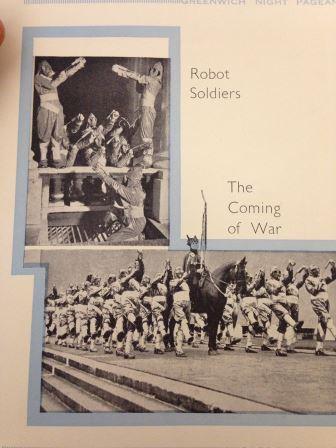 As well as producing articles, books and oral histories on this under-researched topic we also hope to encourage popular public engagement, especially through our website and twitter - http://www.historicalpageants.ac.uk/ and @Pageantry_AHRC – as well as through the creation of a publically accessible database of the pageants we’ve researched. We’d like to get feedback on these aspects of the project, and so are looking for volunteers to participate in a user-group workshop. The purpose of this event is to gain opinions from various constituencies, academic and non-academic, which will then be used to further shape the form and content of the project website and database.

The event will be held at King's College London on the afternoon of 8 May 2014, beginning at 12.30, and includes lunch. If you are interested in participating, please email historicalpageants@kcl.ac.uk by Monday 28 April 2014. In the meantime please do look at our blog and follow us on twitter – we’d love to hear more from anyone who has an interest in pageantry, has watched a pageant, or even performed in one themselves.

Tom Hulme is a researcher on the AHRC-funded project 'The Redress of the Past: Historical Pageants in Britain, 1905- 2016', Kings College London Department of History.

Posted by Robert Davies at 2:37 PM