Earlier this year, Jon Sims, Legal Studies Curator, told us what to expect in this year’s Socio-Legal studies training day on law, gender and sexuality. In this post, Jon describes some of the archives and collections discussed at the day, and the recent research and projects available at the British Library. 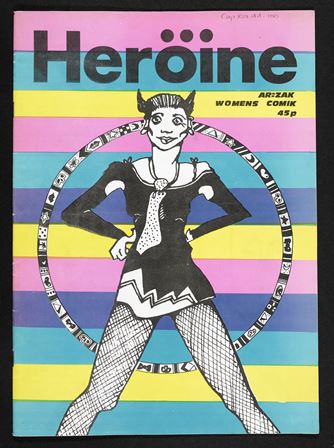 This year’s joint socio-legal training day saw a number of established academic researchers and staff from UK research collections talking about sources and analysis that underpin the investigation of intersections between law, gender and sexuality. The aim of these days is to introduce newcomers to more unusual information sources and methods that lie outside the typical domain of doctrinal legal research.  Sources used by speakers included:

Resources from the IALS Archives were highlighted for their potential to support research on women’s history in the legal academy. The Hall Carpenter Archive,  Women’s Library and Gender Studies collections were introduced by Heather Dawson of the LSE. The remainder of this post serves to highlight British Library resources.

Sharing extracts of interviews with Lesley Abdela  and Vera Baird, British Library curator Polly Russell illustrated the potential of the Sisterhood and After: Women’s Liberation oral History collection to provide context for reforms relating, for example, to equality in pay, educational and job opportunities, and  reproductive health. Further sound recordings were also highlighted including the Hall-Carpenter Oral History archive (catalogue no: C456) which compliments the LSE and LAGNA collections; The Millthorpe Project: Interviews with Lesbian, Gay, Bisexual and Trans Trade Unionists; Before Stonewall (C1159); and around 60 recordings on the theme of gender studies. (ICA Talks on BL Sounds) .

There’s a growing cross-disciplinary research literature including feminist law journals, work on law’s silence on gender and sexuality, its default male hetero-normativity and impact, biographically and empirically based work on the legal professions, and work on women and gender studies work more generally. This can be found through the Library's catalogue, numerous legal and women’s studies e-resources, bibliographies and guides. Useful collections and reviews of the literature include Ruthann Robson’s (ed) 3 volume Sexuality and the Law (in the Social Science Reading Room at SPIS 346.013) and Rosemary Hunter’s Gendered socio of socio-legal studies in Exploring the 'socio' of socio-legal studies (SPIS 340.115).

The day’s focus on Library collections lay elsewhere however. Attempting to demonstrate the potential of the Library’s diverse collections to help explore the social and cultural context of law’s relationship with gender and sexuality, Jon Sims started at the modern end of things. First off, he used the Broadcast News service archive of France 24 as an example of visual analysis of the diverse composition of the assembled conservative right united in France in opposition to same sex marriage legislation or in support of traditional family values (Sun Feb 2nd 2014 17.00 to 19.59). Similarly, there are multiple disciplinary perspectives on the Ugandan Anti-Homosexuality bill (intermittently available online, also held at the British Library, shelf mark: CSC 251/6 : bill No.18 of 2009, Bills Supplement No.13 to Uganda Gazette No.47 Volume CII. 25th September 2009) and its impact, for example on closeting, HIV prevention and treatment. These can be discovered via Africa Wide and Sabinet (freely available in the reading rooms).

Following Rashida Manjoo’s (UN Special Rapporteur on violence against women)  recent mission to the UK and mention of “over-sexualized portrayals of women and girls” in the media, the Library’s collections of tabloid newspapers, "lads mags", and "women’s glossies", offer potential support for researching relationships between the circulation and perpetuation of gender stereotypes, unresponsive and unsupportive criminal justice contexts, and low reporting and conviction rates for violent crimes against women. In a similar vein, Shannon Sampert’s 2010 Canadian study on Newspapers and Sexual Assault Myths is available in the reading Rooms (22 Can. J. Women & L. 301 2010  HeinOnline)

While once-elusive reports with references like A/HRC/26/38 or A/HRC/26/39  now can be found routinely on UN websites, the British Library’s UN Depository Collection and statistics from other Inter-Governmental Organisations, such as the OECD, also contribute to our understanding of laws role in facilitating both discrimination against women and girls and in protecting rights. One example,  Gender, Institutions and Development, a statistical data set within OECD i-Library,  provides comparative international figures on for example inheritance rights, female genital mutilation (FGM), legal age of marriage, levels of domestic violence, custody and guardianship rights, reproductive rights and unmet need for contraception, and access to public space.

In Jon’s next post, he’ll talk about resources from earlier in the 20th century, throwing light on the interaction between law, gender and sexuality.