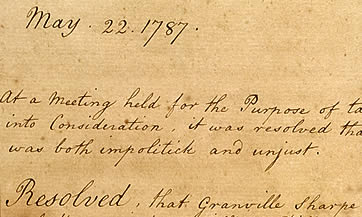 Minutes of the Committee for the Abolition of the Slave Trade, 1787. Add.21254. Copyright  The British Library Board

The British Library has been collecting the publications and records of various campaigns for hundreds of years, including the Chartist movement, and campaigns for the abolition of the trade in slaves, and for the right for women to vote. But what is it that’s important about the records and archives of activists and campaigners, and why should we care about whether they are kept?

On Monday 19 January 2015, the Library hosted a one-day workshop on this subject, as part of the Sheila McKechnie Foundation’s Mark of a Great Campaigner project. This project is about remembering the life of Sheila McKechnie, and using records associated with her work to help others learn about campaigning. The Sheila McKechnie Foundation is gathering memories of Sheila and her campaigning activities for an online digital archive.  If you are interested in contributing please email zibiah.loakthar@smk.org.uk

The “Making Marks” workshop was an opportunity for people working in libraries and archives to come together with people working in campaigning organisations, and explore what is important about activist archives and what the practical challenges might be in collecting. Following are some of the issues that we discussed:

It was interesting especially to hear those connected to campaigns talk about the value of archives to them in their work. Campbell Robb, Chief Executive of Shelter, described campaigning as a process that required continued momentum, and frequent change to adapt to new situations. Records of past activity were important to help understand the processes by which change happens, and how changes were achieved. Maurice Frankel, UK Campaign for Freedom of Information, further argued that records were important as concessions won at an earlier point in a campaign could be challenged later on. Archives could play a role as a reminder, and to challenge misconceptions. 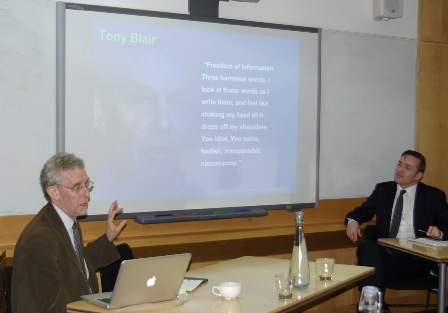 Older archives also remained important. One attendee commented on their role in “keeping ideas alive”, and another describing them as a, “historical push” and inspiration to action. At the British Library, we have used our records of campaigners in exhibitions and learning resources, to talk about the tactics and use of written words and speech that campaigners have used to make a change. Elspeth Reid, archivist at Falkirk Community Trust, talked about the use of archives in showing the recurrence of campaign themes across time.

Timing is crucial to collecting

Keeping records of campaigns and campaigning organisations was also seen as important from the point-of-view of accountability. There was a sense from some that campaigning organisations had a particular obligation to be open about their activities. However, not all organisations are so aware of the need to keep records, or that there might be future interest in their activities. This might be especially true of campaigns that might organise around a particular event, where organisations may disband shortly after the end of an event, and records are dispersed or lost. For example, the National Library of Scotland, in collecting archives connected with the Scottish Independence referendum, began contacting campaigning groups at the start of the campaign to ensure that there was a good awareness about the value of records. Stefan Dickers, of the Bishopsgate Institute, spoke about the need for archivists to be pro-active in contacting organisations, and promoting awareness of the use of archives – including to campaigns organisations themselves.

How to manage volume

A recurring theme through the day was that of the desire to ensure that records survive from as many activities as possible, against the considerable costs of keeping archives. However, as with campaigning itself, this is an environment that is changing. More recent actors, such as “Information Shops” and other activist-run libraries, are supporting some of this need for access to libraries of campaigns materials and advice. Also, the move to using online methods, and new social media, for campaigning raise new challenges for collecting, but also allow the use of new tools. The UK Web Archive has recorded examples of the use of websites in supporting campaigns, including specific collections related to UK general elections, the impact of spending cuts, and the web as a tool for political communication and action. 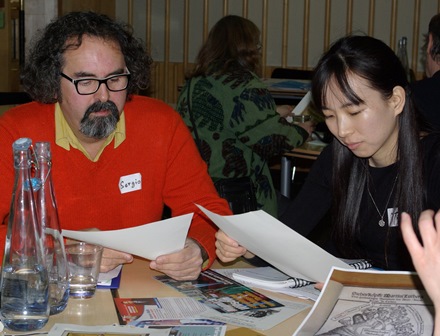 The whole day was lively and creative, with many more issues raised, such as the role of communities and activists in co-creation of knowledge (for example, through participating in oral histories or collaboratively producing films), and questions about ownership and re-use of such knowledge by third parties. I am grateful to everyone who came and took part in discussions, and, personally, I have learned much from the day.

The Mark of a Great Campaigner is a partnership project between heritage organisations (including the British Library) and charities led by the Sheila McKechnie Foundation and funded by the Heritage Lottery Fund.