As it is World Animal Day, I thought I'd take the opportunity to introduce two animal-related events that are taking place next month at the British Library as part of the Being Human festival. These two events were motivated by our current Animal Tales exhibition which shows how animals have come to play such an important role in literature and in human life and culture more broadly.

The Being Human festival begins after the exhibition itself closes, but these two events are still linked to some of the themes of the exhibition. The first, on 13 November is ‘From Animal Tales to Animal Tags’ which is a virtual, drop-in event which hopes to involve interested members of the public in curating our online collection of images which is held on Flickr through tagging images of domestic animals. We have 1 million out of copyright images as part of our Flickr collection which are held under a creative commons license. The more the public are involved in tagging and grouping these images, the more user-friendly the collection becomes to researchers and other interested individuals and groups. If you have a Flickr account, or are able to set one up, it should be easy to participate in this event.

You can take part using your own device at home (e.g. via a tablet, laptop or PC) or can take your device along to one of the participating public libraries within the BL’s BIPC network (more details to follow), or our St Pancras site, to bring a sense of the collective to the event through tagging animals in this collection alongside other members of the public. 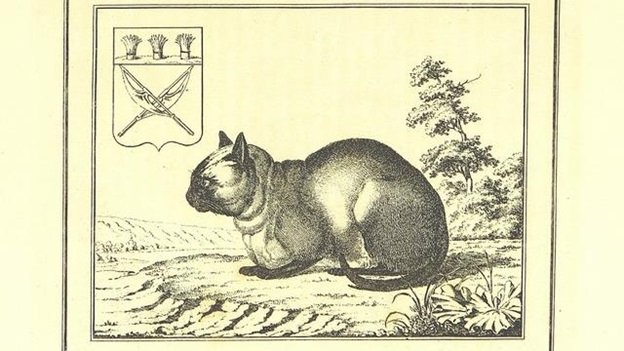 Image taken from page 81 of '[Travels through the Southern Provinces of the Russian Empire in 1793 and 1794. Translated from the German [by F. W. Blagdon]. MS. notes.]'

Our second animal inspired event, ‘Humans and their non-humans’ is on the evening of the 19 November at the Terrace Restaurant at our St Pancras site. This event will explore something very close to the hearts of many of us – the relationship between humans and our pets. For this event, we are very lucky to have a fantastic panel of experts to talk about different aspects of the human-animal relationship through the research they have undertaken.

From the biological to the sociological, this event will address issues such as: our emotional engagement with pets, pets as family members, pets as enablers and their role in health and, wider sociological questions about the changing nature of the human-pet relationship. Our chair for the evening will be Professor Claire Molloy, Director of the Centre for Human Animal Studies at Edge Hill University, who has written extensively about the representation of animals in film and other media.

Our speakers for the evening are Dr John Bradshaw, Professor Nickie Charles and Professor Daniel Mills, whose diverse expertise and interests will make this a informative and fun evening for all of us interested in the human-animal relationship. The event starts at 18.30 and will be followed by a pay bar until 21.00. It includes time for audience questions and is aimed at the public, so there is no need to come with any prior knowledge of the topic. This event is charged and can be booked via our What’s On pages. We hope to see you there!