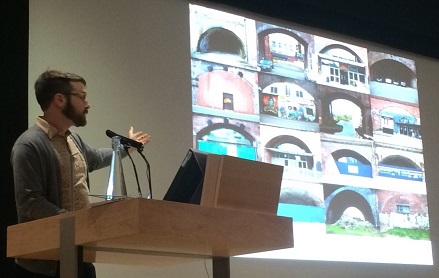 On the 29 May 2015, the British Library collaborated for the third time with the International Association of Visual Urbanists to bring together an eclectic mix of researchers and practitioners from various backgrounds, including the social sciences, geography and the arts, to think about and discuss the use of visual and multi-sensory research methods within urban research.

Presentations, films, sound art and panel discussions engaged with a fascinating range of different sites through a variety of historical moments. These included the voices of different generations of people who frequent a community-owned pub in Peckham, present-day absences in Palestine through the memories of Palestinians exiled in Poland, images of redeveloped Victorian-era railway viaducts in Manchester and experiences of Toronto via an archive of early postcard photographs. 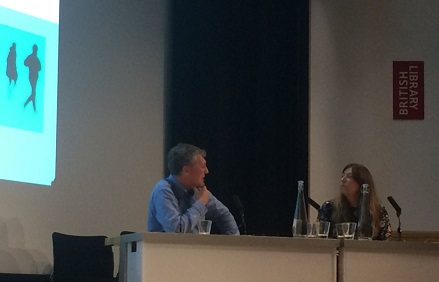 The movement of people in and out of London was told in their own words through the medium of billboards placed around the city itself, links between the Thames Estuary and South West China were explored through an archaeological art practice, visual images of Hackney Wick were read as a reflection of the movement of people in and through the East End of London and modernist utopian architecture and social ideals were connected to contemporary housing aspirations in and around London through the practice of site-writing.

Jude England, Head of Research Engagement at the British Library, talked about some of the Sound, Moving Image and Photographic collections held here at the Library as well as the UK Web Archive, an ever-growing repository for UK websites.

You can listen to a podcast of the presentations below. Please follow the links to access the films that were screened.

Toronto by postcard: experiencing a city through historic photographs

Spaces of Infrastructure, Visuality, and the Post-Industrial Imaginary

London is Changing in Context

Between earth, air and water: reimagining urban peripheries through