Learners have already started introducing themselves on the welcome page for the course. So far, we've had comments from learners in Ukraine, Germany and Costa Rica, as well as from the UK, USA and Canada. Our group of learners includes students, teachers, journalists and others working in fields such as Human Rights and Communications and Marketing. Political views and past experience vary - a common link is an interest in understanding more about communication and current affairs, and the ways in which values are influenced and formed.

The course has been developed by the British Library, in partnership with the Centre for the Study of Political Ideologies at the University of Nottingham and hosted by FutureLearn. Lead Educators are Maiken Umbach, Mat Humphrey, Sascha Auerbach and Ian Cooke.

The course is run as a MOOC (Massive Open Online Course), which gives us the opportunity to draw on the experiences of our learners, and this is an important element. The steps in each week give insight to current academic research, from across disciplines in the humanties and social sciences. In addition, learners are asked how the concepts discussed relate to their personal experience and everyday lives - we are interested in the ways that ideologies are expressed and reinforced in situations that we may not normally think of as "political". Each week, we ask learners to share images that they associate with the themes being discussed: freedom, justice, community, nationhood and consumerism. You can see some of those images on our Flikr group.

An important element of the course is that it explores the differences in the political beliefs that we hold, and also highlights areas of common ground; for instance in the value that we place on freedom and on community. Already, learners have started talking about the ways in which people react to news or opinions that challenge their political views. A strength of this course is that it provides a forum in which we can talk critically about important political questions in a group where we don't share the same the political views.

Registration for our course is open now, and you can join at: https://www.futurelearn.com/courses/propaganda. Our learners include "avid MOOcers" and those coming to FutureLearn for the first time. No prior knowledge or training is required - just an interest in the way that political ideologies are formed and expressed.

What can the Archived Web tell us about politics and society in the 21st century? 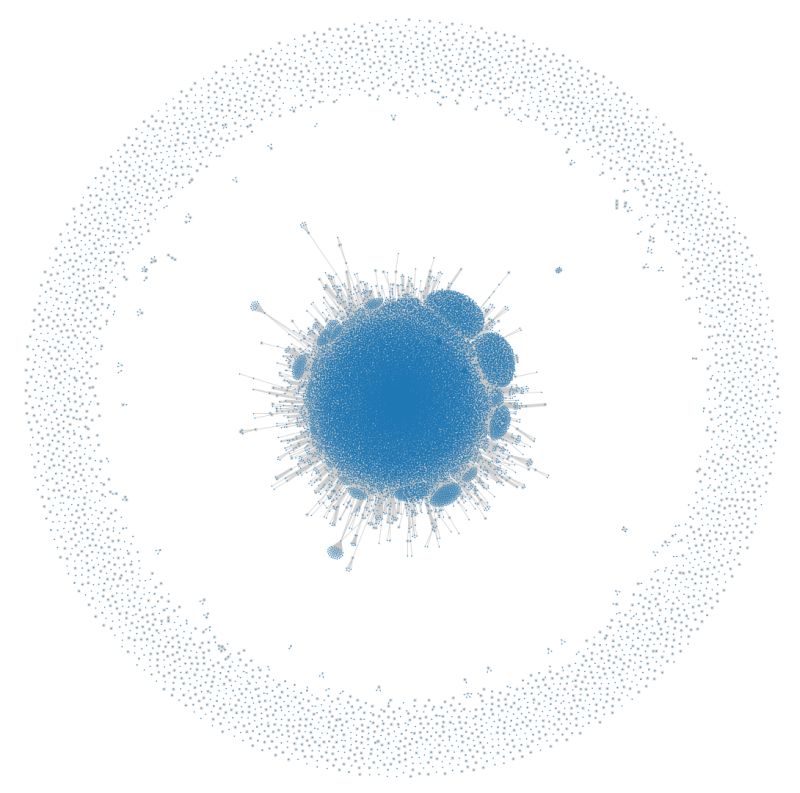 Visualisation of links between websites from the UK crawled during 1996, generated by Rainer Simon

On Wednesday 14th June, we'll be discussing the potential of the archived web in understanding contemporary society and politics.

Our event is chaired by Eliane Glaser, author of Get Real: How to see through the Hype, Spin and Lies of Modern Life, and features contributions from Andy Jackson (British Library), Jefferson Bailey (Internet Archive), Jane Winters (University of London) and Valérie Schafer (French National Centre for Scientific Research).

The first web archive, the Internet Archive, began in 1996. Since then, many university and national libraries around the world have started web archiving initiatives. The British Library began in 2004, and, since 2013 has collected an annual snapshot of all UK web sites. As such, there are very rich collections built up around the world that have documented political and social movements both at international and local levels. For example, the Library of Congress has led collections on the Arab Spring, and the UK Web Archive has collections on past General Elections.

As libraries have gained more experience with building collections of the archived web, so researchers and other users of web archives have developed new methodologies and tools for analysing the collections. As advances are made, so new challenges arise and are identified. The web itself is changing, with one of the biggest challenges for archiving being the use of social media - generating huge amounts of data, but often being highly time dependent and reliant on specific software and hardware to interpret.

As with any large and complex collection, context remains an important consideration. Web archive collections are informed by curatorial or academic judgement on what might be the most significant websites, and may not reflect the most popular sites at a time. When it comes to reporting current events, social media and the web can be portrayed as more "democratic" and open to wider participation than more traditional news media. However, communication on the web includes rumour, satire and misdirection, alongside eyewitness reports and a whole range of data sources and types. Technology to archive the web lags behind the technology to create web sites, so some elements of a web page may be missed by web archiving tools. Additionally, web archiving at a national level often takes place within a legal framework that restricts collecting within national borders. The omissions of web archives can be a useful and interesting source for understanding the structure of web, but, as with other forms of analysis, researchers need information on what decisions were made, and under what conditions, a collection was made.

These are some of the issues that we'll be discussing on 14th June. We'd love you to join us and contribute to the debate. More details and booking can be found on our Whats On pages.

Our panel discussion forms part of the Digital Conversations series and also connects to a week of conferences, hackathons and other events in London that talk about recent advances in web archiving and research on the archived web.You can follow discussions from the conferences on Twitter, using our hashtag #WAweek2017