Bringing Voices Together: the importance of independent Black publishing

Kadija George, FRSA is a Birmingham University alumni and currently an AHRC/TECHNE scholarship PhD candidate at Brighton University researching Black British Publishers.  She is the Publications Manager for Peepal Tree’s Inscribe imprint, an editor of several groundbreaking anthologies and publisher of SABLE LitMag.  She is a Fellow of the George Bell Institute and a Fellow of the Kennedy Arts Centre of Performance Arts Management.

Why do we need Black publishers if one of our societal objectives is to nurture a diverse society in Britain? Because diversity is paralleled with having options; we need gay publishers, women publishers as well as Black publishers.

This does not mean though that Black publishers (or any other ‘minority’ publisher) should be eschewed as being ghettoised, but rather as specialised. Therefore, when Shappi Khorsandi, withdrew her longlisted novel, Nina Is Not OK, for consideration for the Jhalak Prize, saying that, she “felt like my skin colour was up for an award rather than my book” [i] , she assumed that being nominated for the prize would place her in a category that would stigmatise her or limit her audience, yet such prizes highlight the books for what they are – good work, well written. With just 51 books being nominated though, it should shame the mainstream white dominated publishing industry in Britain into doing better with regards to publishing Black writers; an estimated 184,000 books were published in 2013 in the UK. [ii]

Aside from this, there are five broad reasons rationalising the need for, and increased awareness of Black publishers:-

Black publishers take on writers without shock or stereotype. If a writer approaches a Black publisher with a ‘thirty something’ love story between a devout Muslim and a devout Christian who live happily ever, this does not present a story that is unrealistic to a Black publisher; they understand that it is an ordinary part of everyday life (which means that Black writers' work is humorous at times, too). These are black lives, and they matter without the need to challenge the writer’s credentials, their authenticity or the need to be validated by white expertise.

They are also often the only ones willing to take the risk to publish work that is viewed as ‘experimental’, giving the writer permission to be who they are, to write what they want. The best of such work, which often does not easily fit into any one genre is published by independent Black press or is self-published, such as Walter Moseley’s The graphomanic’s primer: a semi surrealist memoir  (Black Classic Press) or Tim Fielder’s Matty’s Rocket, (dieselfunk.com).

Secondly, publishing is more than the physical product for Black publishers as there is the equal need to educate the Black community. This was contained in John La Rose’s 'Dream to Change the World' when he established New Beacon Books in 1966.

Those who migrated to Britain in the 1950’s, who were to become publishers, were equally activists in the community. Social justice work was an integral aspect of their work, supporting the lives of those of African descent who (im)migrated to Britain from the West Indies, Africa and Asia and for the human rights of communities and activists abroad who were under attack, such as Ngũgĩ  wa Thiong’o and Angela Davies (West Indian Digest, Vol. 1, no 8, Nov/Dec 1971). They were at the forefront of campaigns such as the New Cross Massacre (The New Cross Massacre Story (New Beacon 1981), and challenged authorities regarding the murder of Stephen Lawrence - Black Deaths in Police Custody and Human Rights: The Failure of the Stephen Lawrence Inquiry by David Mayberry (Hansib Publications, 1993).

The third factor is that they are information providers, utilising the pamphlet as a tool to send out political and social messages, such as the Pan African Association in 1898 announcing the need for a conference to address the dire position of black people in the world. The practical outcome was the first Pan African conference in 1900. Similarly, informing the community of how West Indian children were being (dis)educated in British Schools sparked a movement that started in late 1960’s and carried on until the mid-1980’s that comprised establishing supplementary schools and led to associations of black professionals and the black family to reverse this situation. How the West Indian Child is made Educationally Sub-normal in the British School System (1971) by Bernard Coard (New Beacon) originated as a paper at a conference.

Fourthly, black publishers claim and re-claim the printing of classic texts that may otherwise have remained invisible. New Beacon’s re-publishing Froudacity by JJ Thomas (1969) with an introductory essay by CLR James, ‘The West Indian Intellectual’ are two classic works between one cover. Walter Rodney’s The Groundings with My Brothers, was originally printed on a Gestetner, by Bogle L’Ouverture (1969), a title which, along with his next book, How Europe Underdeveloped Africa(1972), remain in high demand. 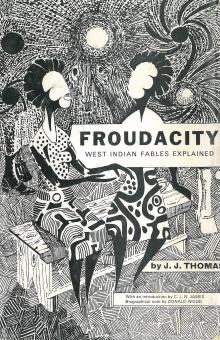 Not telling the Black British story denies all British people of their true history:

…the idea of not accepting inhibiting traditions, but being constantly inventive and novel; because one of the problems I can see facing West Indians in Britain in future, is the inhibiting tradition of the education system. This not only affects West Indians as you all ready realise, but ordinary Britons, but it is the rupture of the traditions which underline this tradition which will be important... (John La Rose – letter to Kamau Brathwaite - 24 Feb 1969 - GPI Institute GB2904 LRA/01/143/04)

This underlines the work undertaken by David Olusaga in his TV series and accompanying book, Black and British, A Forgotten History (shortlisted for the Jhalak Prize) in which he disrupts the telling of British history.  His core point is this; it is not possible to tell British history without telling the story of Black British history which is not just about the people who live(d) in Britain, but those in Africa, the Caribbean and Asia too. When Britain became an empire, their colonies would forever be a part of British history. This history includes the history of the book.  Olusaga also pointed out that it is novels such as Andrea Levy’s Small Island that tell important aspects of Black history. [iv]

This is why the ‘Bringing Voices Together’ networking event is needed, because the British Library is surely the first place for people to visit to find out about the history of the book in Britain, and that history needs to ensure the inclusivity of the history of Black British books and publishers, so that it is not as Olusaga says, a ‘deliberately forgotten’ history. (David Olusaga, Brighton University, 30 November 2016)

Related links: All about African publishers