The Annual Equality Lecture: The Persistence of Gender Inequality

On the 23 October this year, the British Library and British Sociological Association will host the seventh annual equality lecture. This year we are delighted that the speaker will be Professor Mary Evans, talking about gender inequality and why many continue to ignore it as a major issue in structural and cultural inequality.

The issue of gender inequality has made the headlines again and again in recent years. Research undertaken by the coalition A Fair Deal for Women for instance, has shown that in the UK women, especially BAME and disabled women, have been disproportionately affected by cuts to public spending. Meanwhile, the gender pay gap and the poor representation of women at senior levels in employment, in politics, and on Boards, is a persisting problem. The issues which were so central to the Second Wave Feminist movement – such as childcare, employment equality, freedom from sexual oppression, the right to economic equality - remain daily battles for women in the UK today. 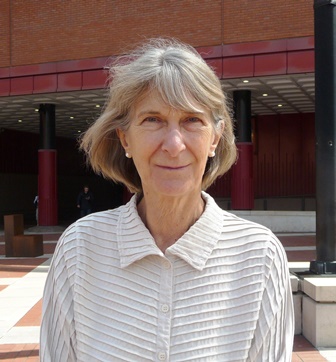 Feminism as a movement feels as though it has regained momentum in the UK. The work of Laura Bates and the Everyday Sexism project has sought to expose the sexism, abuse and misogyny that women face on a daily basis. Activist groups such as Sisters Uncut  have lobbied to improve conditions and support for those women who are victims of domestic violence. And, the marches on International Women’s Day earlier this year harnessed women’s anger about policies and attitudes, both in the UK and internationally, which continue to dehumanise women and cause suffering.

Despite the fact that women continue to suffer both structural and cultural inequality, gender is often ignored as a fundamental constituent of inequality in discussions about inequality, both within academia and the public realm. Professor Evans will draw on her most recent book, The Persistence of Gender Inequality (Polity Press, 2016) to make this argument, and to show the importance of making these connections if progress in gender equality is to be achieved.

Professor Mary Evans began her academic career over 40 years ago at the University of Kent, where she taught sociology and women’s and gender studies. Since 2007, Professor Evans has been Emeritus Professor in Sociology at the University of Kent and more recently she took up a post at the London School of Economics where she is now Visiting Professor at the Gender Institute. Professor Evans is particularly interested in gender and class as components of social identity and the way we structure and imagine the social world.

For more information about the event and to book tickets, please visit our events pages.

Visit Mary’s blog post about her book on the Polity Press Blog: http://politybooks.com/the-persistence-of-gender-inequality/