The Persistence of Gender Inequality

At the end of October 2017 we hosted our seventh annual Equality Lecture in partnership with the British Sociological Association. We were really delighted that the lecture this year was given by Professor Mary Evans, who has been central to the development of women’s and gender studies in the UK, and a prolific writer and academic on all aspects of gender in society. Her work has covered diverse topics such as love, detective fiction, austerity, autobiography, social class and higher education, Jane Austen, and has examined how social actions and actors are formed and structured within the social world.

Professor Evans drew on her recent book ‘The Persistence of Gender Inequality’ (Polity, 2016) to show how gender inequality is being reproduced in contemporary society, but is taking new forms. She began by making the point that gender as well as race, have been largely ignored in those major recent works (for example, by Thomas Piketty) which seek to address inequality. She argued that the connection between class inequalities, as shaped by gender and race, need to be brought to the fore if we are to understand the forms that unequal social relationships take in the contemporary western world. 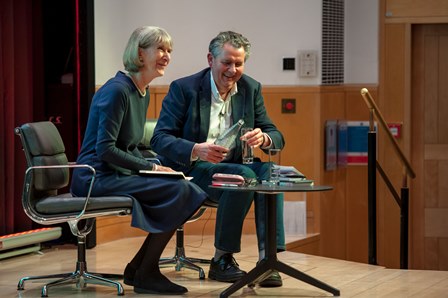 She suggested that in the past forty years particular forms of social change have enlarged and reshaped inequality including:

‘the dissolution of some forms of class boundaries; the creation of a new social contract and with it a new version of the ‘ideal citizen’ and the expectations of women’s appearance and conduct.’

Evans described these latter two changes as constituting a form of ‘aspirational coercion’ which has a particular effect on four central forms of inequality between men and women, which are:

‘inequalities of income, public power, responsibility for care and; forms and means of representation, all of which are experienced in different ways according to difference in class and race.’

The notion of who counts as ‘middle-class’ and assumptions about middle-class personhood and values in contemporary neoliberal western societies such as the UK, were shown by Evans to be important to her idea of ‘aspirational coercion’.

On the one hand traditional markers of ‘middle-classness’ are increasingly uncertain; on the other, the middle-class to whom politicians often refer could be more accurately described as the ‘upper middle-class’.

Evans argued that in the UK, it is in fact, upper middle-class white men who remain dominant in elite professions, ‘high’ culture and politics. Yet, it is this particular version of elite autonomy, financial reward and social mastery that have become central to the notion of the ideal contemporary citizen whom she named: ‘the master of the universe’.

‘Being a commander of men has always dominated the aspirations of the ruling class but what interests me here is that we get to the point here where it intersects with gender in the way in which this idea of the powerful autonomous individual, replete with choice and agency has now become generalised as a human ideal.’

Evans suggested that very few people, men or women, of any race, ever get to occupy the position of ‘master of the universe’ but that this fantasy has a very real impact on the way in which people, and especially women, are recognised and ascribed social value. As paid work becomes the ‘gold standard’ as part of the fantasy status of ‘autonomous subject’, the unpaid work of caring for others, which remains overwhelmingly work done by women, becomes value-less:

‘The ‘master of the universe’ […] the specialist, the highly skilled, is essentially […] care-less. So with ‘success’ goes distance from care: a social association which establishes a connection between high achievement and being care-less, and being a low achiever and doing care.’ 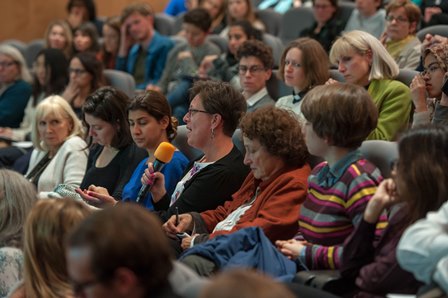 Audience questions at the Equality Lecture. Photo credit Sam Lane for The British Library Board.

The second issue of ‘aspirational coercion’ is around consumption as a route to, and marker of, female emancipation. The inability to participate in social expectations around consumption become a marker of lacking, and therefore source of personal shame, such that for women living in poverty, consumption has done very little to narrow class difference or experience. At the same time, consumption is a site for control and coercion around the shape and appearance of the female body. In this, the standards about the appearance of the female body are presented in ways which are connected to an ideal about an autonomous, emancipated, culturally hegemonic female subject. An ideal subject very far removed from the reality of most women’s lives, both in the west and in developing nations.

Professor Evans finished her lecture with a reminder of the need to think about gender and social inequality together, to enable us to understand what is being called the ‘new form of capitalism’. The idea of ‘aspirational coercion’ is important to understanding the relationship between individuals and capitalism which shape who is able to participate as an autonomous subject. And autonomy remains largely determined by new forms of this interplay between class, gender and race.

Listen to a podcast of Mary's lecture here.

Read a short piece by Mary on her lecture here.