For more than forty years A. Sivanandan was at the forefront of debates on anti-racism and politics in Britain. Born in Jaffna in 1923 and educated in Colombo, he came to Britain in 1958, leaving the anti-Tamil riots in colonial Ceylon (renamed Sri Lanka in 1972) and walking into the anti-black riots in Notting Hill. He was to become one of the most important and influential black anti-racist thinker-activists in the UK.  His aphorisms, from ‘we are here because you were there’ to ‘poverty is the new Black’ - are known more widely than his name.  Sivanandan was librarian and then director of the Institute of Race Relations (IRR) from 1973-2013, one of the founding editors of Race & Class, an activist and author of prize-winning fiction and non-fiction. He died in January this year, aged 94, and this coming weekend a memorial event in London will celebrate his life and work.

Several of Sivanandan’s writings are available on the website of the Institute of Race Relations, as is a full bibliography of his work, and five articles from Race & Class are free to download as the Sivanandan collection.  Collections of his articles are available in print, most notably Catching history on the wing: race, culture, globalisation (Pluto Press, 2008).  You can read about his life in more detail in an account on Sage’s Social Science Space by  Michael Todd  or in Gary Younge’s obituary in The Guardian  .

Sivanandan’s response to his arrival at the time of the anti-black riots of 1958 was to abandon his original aim of seeking well-paid employment and a comfortable life.  In an interview he said,

“I knew then I was black. I could no longer stand on the sidelines: race was a problem that affected me directly. I had no excuse to go into banking or anything else that I was fitted up to do … I had to find a way of making some sort of contribution to the improvement of society.  I wanted time to read and reflect and to become active. … So I started off as a tea-boy in a public library in Middlesex.  And I went on to do my library exams by attending evening classes.  From tea-boy I became branch manager of that particular library and then finally I went to be librarian at the Institute of Race Relations in 1964.”  (The heart is where the battle is: an interview with A Sivanandan, Race & Class, 59 issue: 4, pages: 3-14.)

In his early work Sivanandan put together bibliographies of materials in the Institute of Race Relations library about African, Asian and Caribbean migration to Britain, to help build an area of study and draw out materials for activism. This remains an important area of work for contemporary librarians and archivists. Most of Sivanandan’s political writing was first published as articles in Race & Class, the journal of the Institute of Race Relations, which continues today as an academic journal published by Sage:

Importantly too, his articles were reproduced as pamphlets, so that they could be achieve wider distribution among the community activists Sivanandan and others at the IRR worked with, including Newham Monitoring Project and the Southall Monitoring Group.  The British Library holds some of these pamphlets, allowing researchers to see not only the words on the page, but also to see how Siva’s arguments were taken out beyond an academic context.  The pamphlets pictured below show their prices, ranging from 30p to £1.00.   Materials from the IRR Library are now housed at Warwick University as part of their Ethnicity and Migration Collections.    The range of publications can also be viewed in a video on YouTube recounting the First Fifty Years of the IRR's history.

Some of the pamphlet versions of Sivanandan's articles held by the British Library.

Sivanandan published articles in a range of activist magazines, for example CARF (Campaign against racism and fascism.) The article below shows the evolution of Sivanandan’s concerns from racism and imperialism to globalisation and its impact on refugees and migrants.  In his foreword to Catching history on the wing  Colin Prescod writes that, through his coinage of the term xeno-racism, Sivanandan aimed to show that, “Europe’s formidable hostility to the impoverished migrant workers on which so much of its basic prosperity depends is not just some nice people’s social phobia about foreigners, but a system of belief and practice aimed at locking down, and locking in, the needy and the desperate.” (p. x) 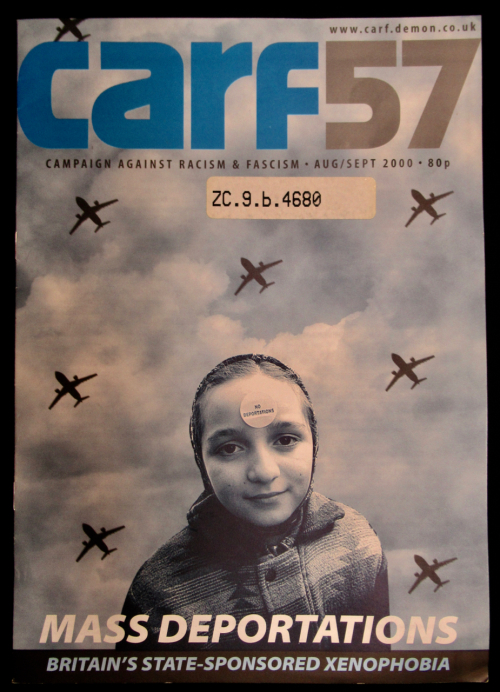 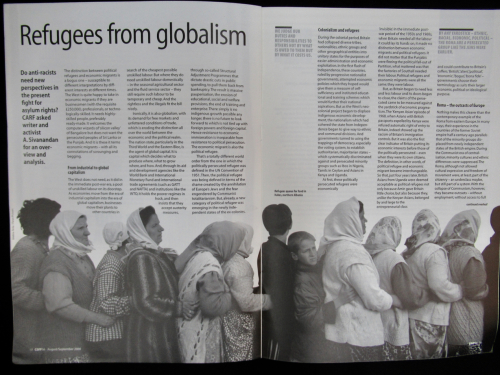 Beyond his political writing Sivanandan also reached an audience through his fictional writing.  In 1997 he published When Memory Dies. The novel traces three generations of a family torn by Sri Lanka’s history of colonialism and ethnic strife. It was awarded the Sagittarius Prize (given by the Society of Authors for a first novel by an author over the age of sixty) and was shortlisted for the Commonwealth Writers’ Prize in the category of Best First Book for Europe and South Asia.  Where the Dance Is, a collection of short stories, was published in 2000.

Perhaps the most innovative means of taking his ideas out to a new audience was his collaboration with Asian Dub Foundation on the track Colour Line which features on their album Community Music  (2000). 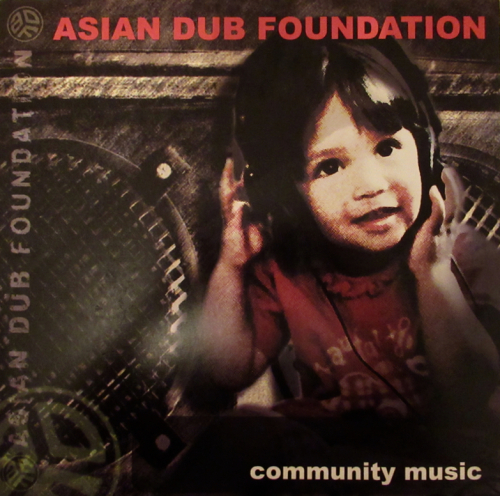 The British Library holds an oral history interview conducted by Louise Brodie for National Life Stories in 2010 with A Sivanandan.  Available on the Library’s Sound Cloud the interview is in ten parts and sheds a fascinating light on the life experiences, relationships and events that shaped Sivanandan’s writing.   This long and detailed interview provides a resource for anyone researching the complex evolution of anti-racist or activist politics in Britain. Many others played important roles in challenging racism and building activism, but Colin Prescod writes, “For those who recall the first half of the 1980s as a watershed in Black British politics, Sivanandan was father, elder to them all.” (Catching history on the wing, p. viii)

Selected works by A Sivanandan: