In this blog post, Katrina Georgiades, in our Government and Official Publications team, explores our collections of Electoral Registers to find information relating to a key figure in the fight for women's right to vote. 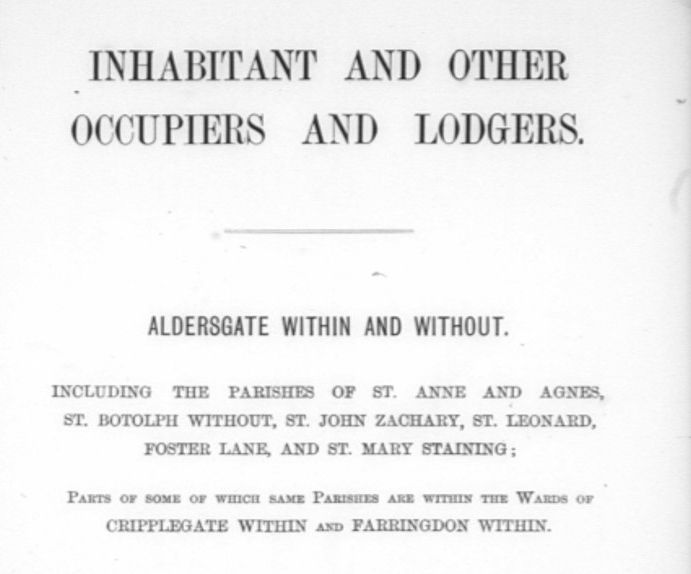 The modern UK electoral register is published on an annual basis and provides a list of all those eligible to vote in local government and parliamentary elections. As the British Library is home to an extensive collection of registers (as well as the nation’s only complete collection of electoral registers from 1947 onwards) our holdings provide a unique starting point for anyone looking to discover more about how the democratic process has evolved over time and adapted to changes in the cultural and political climate. Inspired by the preparations for our exhibition on women’s rights activism “Unfinished Business “ I decided to learn more about how the registers can be used to demonstrate the changes in women’s rights through the knowledge they preserve about individuals and their private histories. My goal was to trace the whereabouts of one of the most famous women’s activists of all time: Emmeline Pankhurst, the founder of the Women's Social and Political Union (WSPU).

The first standardized form of electoral registration in the UK was introduced with the Reform Act of 1832. Its introduction in effect conferred the right to vote upon those whose name was included within its pages, explicitly barring all women from electing members of parliament (see Johnston, 21). From 1903 onwards Emmeline Pankhurst and her fellow campaigners in the WSPU fought for the parliamentary franchise to be extended to women. It wasn’t however until the Representation of the People Act in 1918 that the parliamentary franchise was granted to (some) women over the age of 30 and the names of women began to appear on the registers as evidence of their right to vote for MPs.

Electoral registers are arranged by polling district and published separately for individual parliamentary constituencies. Entries for voters are recorded in order of address. During the First World War Ms Pankhurst established a nursery and adoption home for orphaned children near her house at 50 Clarendon Road, Holland Park. 50 Clarendon Road remained Ms Pankhurst’s dwelling until 1919 when she departed for Canada. My search therefore began with a hunt for her address. Parliamentary constituencies are by no means static and are continuously updated to include changing areas and demographics. During Ms Pankhurst’s period of residence 50 Clarendon Road in fact straddled the division between two constituencies that now no longer exist: the boroughs of North Kensington and South Kensington in London - neither register is included in the British Library’s holdings.

After the war Ms Pankhurst undertook a significant amount of travelling, lecturing and touring within the USA and Canada. Upon her return to England in 1926 she moved in with her sister Ada Goulden Bach at 2 Elsham Road Kensington. At this point she began campaigning on behalf of the Conservative party for the constituency of Whitechapel and St George’s in Stepney (again no longer in existence). By 1927 she and her sister were living at 35 Gloucester, Pimlico and by March 1928 she had moved to lodgings within her prospective constituency at 9 High Street Wapping. Sadly her health failed her before she could face the electorate and she moved to a nursing home in Hampstead less than three months later. Despite being present in the ladies’ gallery at its second reading, (see Purvis, 348) she did not live to witness the 1928 Reform Act (which granted the franchise to both sexes on an equal basis) become law later that year.

Given the substantial amount of relocating that Ms Pankhurst undertook during this time I imagined that finding a record for her in any of the registers during this period would prove a challenge. Luckily the library holds a substantial collection of electoral registers on microfilm and I was able to locate a copy of the 1928 register for Whitechapel & St. George’s Stepney Division. Instead of Emmeline Pankhurst I found entries for a Mr and Mrs Chipperfield. A letter written by Ms Pankhurst to one Esther Greg helped to explain my discovery: ‘You will be amused at my quarters over a hairdressers shop. His wife is my landlady and their name is Chipperfield. It sounds like Dickens. They are a nice couple and are good Conservatives …’ (Pankhurst quoted in Purvis p.350).

Beyond preserving print copies, the Library is actively involved in digitising its holdings of Electoral Registers, many of which are now accessible through databases such as FindmyPast. The database (which is accessible in the Library reading rooms) did not however return any results and it became necessary to expand the search beyond our collection. On the morning of the 10th March I took a trip to the London Metropolitan Archives. On their premises I was able to access digitized records from a 1918 register. Under the entry for 50 Clarendon Road, Holland Park I finally found what I had been searching for: evidence of Ms Pankhurst’s right to exercise the democratic privilege the suffragettes had campaigned so long for.

The British Library, Parliamentary Constituencies and their Registers since 1832, 2015. https://www.bl.uk/collection-guides/uk-electoral-registers Web. 27 Feb 2020.

The brief for my time with the British Library was to investigate 20th and 21st Century anti-poverty activism in the the British Library Collections. In particular, to make connections between archives and to explore the value of the British Library’s holdings as a whole. I am not a historian, nor an archivist, so my approach to working with the collections was informed by my background in the arts, as well as my own involvement with institutional and grassroots activism. Having worked with smaller archives, I was interested in exploring how radical and rebellious voices are preserved in a large scholarly institution. Before working with the British Library, I had wrongly assumed that institutional voices would be the focus of the collections. While these voices are dominant, and at times privileged, the rebels in the archives are also there to encounter.

After a preliminary mapping of the collections and available material (there was lots), I narrowed the focus of my research to housing activism in the UK. Struggles for decent and affordable housing, with secure and fair tenancies, are at the forefront of many anti-poverty movements today. The decline of social housing, rises in private rents and poor living conditions, are a catalyst for many forms of activism (demonstrations, squatting, housing cooperatives and rent strikes).

One of the greatest strengths of researching activism in the British Library Collections is the diverse range of materials, from personal papers to government documents. Housing activism, as with many political struggles, stretches across institutional, community and mediated spaces. The Library’s collections offer ways to explore the everyday experiences of activism, preserved in oral histories, diaries and letters. Alongside examining how campaigns are shaped by, or in reaction to, housing policies. Researchers can trace these differing, and at times contradictory, narratives throughout the collections. By exploring these stories in tandem, the public have the opportunity to listen to these voices, and explore them alongside one another, to weave new histories, and perhaps new stories of housing activism.

While exploring the different collections archived at the British Library, I also conducted a small research project on ways to archive contemporary forms of activism. It was a privilege to conduct this research, which included interviewing archivists at feminist libraries, housing activists and academics that engage with archives of activism. You can read a section of the report on our new website. One of the themes that emerged in these interviews was that archives are a living resource, which can inspire and influence contemporary forms of activism. However, many people may experience different barriers to accessing materials archived at institutions like the British Library. It was these conversations that inspired Sarah, Catherine and I to collaborate on a website that would act as a guide to materials archived at the British Library. We hope that the Archiving Activism website may inspire people to further engage with some of the histories of housing activism, as well as the British Library Collections. If you have an idea for a new section or would like to contribute, please email: research.development@bl.uk.

With thanks to the Arts and Humanities Research Council for funding my placement at the British Library and to all the copyright holders for granting us permission to publish images of the items archived in the Collections.