Discover more about the British Library's 6 million sound recordings and the access we provide to thousands of moving images. Comments and feedback are welcomed. Read more 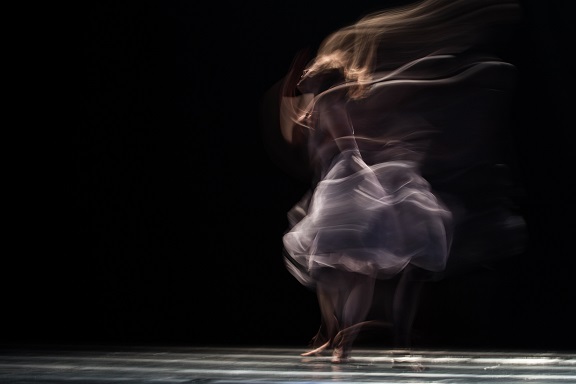 Photo by Ahmad Odeh on Unsplash.

In this 1991 interview from the collection ‘ICA talks’ (C95/795), the renowned artist and dancer Trisha Brown considers the experience and exploration of gravity in her works, and discusses the role of gender in improvised partnering performances.

Years ago I used to practice contact improvisation, a movement technique and art dance style that originated in downtown New York in the late sixties.

The central idea of contact improvisation is around finding the body’s balance in relation to the partner by sharing weight and touch; forms and movements are thus created when the bodies meet, initiated and transformed by the music or simply by vocal instructions.

Movement awareness is intrinsically related to how much information we can gather from other people’s bodies, through the constant dialogic sharing of touch points. There are no rules, only bodies listening to each other in their search for a shared centre of gravity.

Trisha was one of these pioneering artists who explored the idea of what kind of movement can be improvised in a dance.1

An interesting point that Trisha considers is around the importance of physical strength and gender roles in this improvised dance: how much of the silent communication of movements is in fact created by the male partner?

Ultimately, it makes me wonder how much we are aware, in the process of making, of who is the final ‘creator’ of a performance. 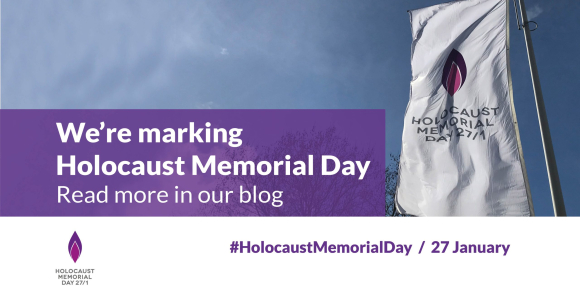 The British Library Sound Archive is home to more than 600 Holocaust oral testimonies. The word 'ordinary' appears with surprising frequency in them.

But interestingly, there is no consensus between them on who the 'ordinary people' are.

Some survivors identify themselves – and the Jewish people in general – as the 'ordinary people'. Ivan Cybula does so in the opening moments of his 1988 interview.

For Ivan, there was nothing extraordinary about his family; they lived modest, working lives, in keeping with the lives led by many other Jewish communities in Eastern Europe. The picture that Ivan paints of an 'ordinary' family in an 'ordinary' community that largely kept itself to itself sets the scene for what we know follows: a community that would be persecuted and ultimately murdered as a perceived anomaly, before Ivan had barely entered adulthood.

Other survivors draw a distinction between themselves and the non-Jewish people around them, but instead characterise non-Jewish people as 'ordinary' and themselves – or the notion of being Jewish – as some kind of other. Here, Eric Bluh talks about working in Bournemouth, England after the war. He describes his fractured relationship with an employer, who despite being Jewish themselves, did not think he lived up to the standards they expected of a Jew.

Eric describes himself as behaving ‘like an ordinary person without Jewish ways’ as a way of distinguishing himself from the Jewish stereotype, demonstrating in the process that the persistent ‘othering’ of Jewish people which had underscored the Holocaust continued into the post-war period, and beyond continental Europe..

Elsewhere, we hear survivors speak of their persecutors as 'ordinary people', making the same argument that scholars such as Christopher Browning and Hannah Arendt set out eloquently in their historical analyses: that genocides are not simply perpetrated by 'evil' people, but often ordinary people who under certain conditions are capable of making evil choices. By emphasising the ordinariness of their tormentors, the survivors challenge us to make sense of the extraordinariness of their actions. In the following clip, Naomi Blake describes the German soldiers who attempted to bury her alive as 'in normal circumstances law-abiding, good people, professional people':

The outcome is not to absolve perpetrators of their responsibility or to underplay the severity of their crimes, but instead the opposite: to emphasise the extent to which their crimes lay beyond comprehension, yet firmly in the realm of the everyday possible.

The word 'ordinary' appears as an adjective to describe many other types of people and circumstances in survivor narratives. Heidi Fischer - who hid as a child in Hungary under Christian papers - describes sitting on a train listening to 'ordinary people - peasants and suchlike […] talking about the Jews […] in a very awfully derogative manner' (BL ref C410/088). In stark contrast, Alice Schwab speaks of 'the help, and the love, and the kindness, from ordinary people' she received after arriving in England in 1937 (BL ref C410/089).

In his 1989 interview, the interviewer asks Henry Kohn to describe 'an ordinary day' in the Czeldź ghetto (BL ref C410/002).

What does this tell us?

It tells us that the Holocaust was an event perpetrated and experienced by ordinary people. Though used in different contexts, the word almost always serves to emphasise the extremity of the situation, or the incomprehensibility of people's choices. After all, the word 'ordinary' only has meaning if the word 'extra-ordinary' can be used to describe something outside of its boundaries.

In speaking of the event in these terms, the survivors force us to see ourselves in their stories, at all stages and in all parts of the narrative. Believing ourselves to be 'ordinary people' is no longer a valid defence, a reason to believe that it couldn't happen to us or by us or under our watch. By describing those involved as ordinary - perpetrators, bystanders, and the persecuted alike - the survivors confront us with the possibility that, in fact, it could.

When asked whether he thought the history of the Holocaust ought to be shared, Michael Lee responded that the lessons must be learned precisely because of how ordinary those involved were:

Michael made these observations in an interview given in 1989. One might ask what he would think now about the parallels between the past and the present day, 34 years later.

Madeline White is the Curator of Oral History at the British Library. She holds an MA and PhD in Holocaust Studies from Royal Holloway, University of London, where she conducted extensive research into the history of archival collections of Holocaust testimony in Britain and Canada.

Posted by Madeline White at 6:00 AM

This week’s recording of the week was selected by Steve Cleary, Lead Curator, Literary and Creative Recordings. 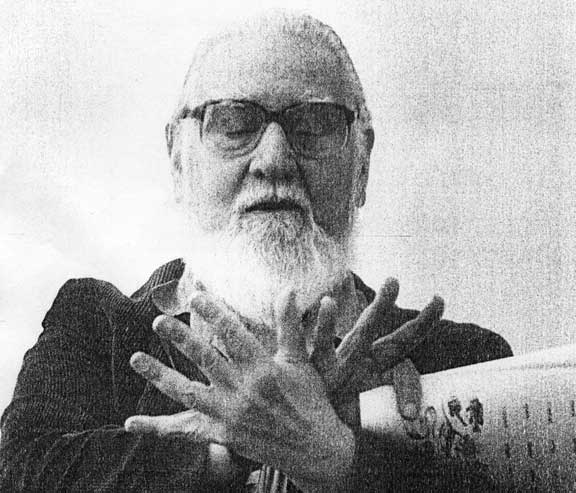 Above: Image of Bob Cobbing from a scan supplied by Jennifer Cobbing in 2008. Photographer not known.

This is a selection from the personal tape archive of the British sound poet Bob Cobbing.

The archive comprises recordings of Cobbing - solo and with various collaborators - in live, studio and home settings. The British Library acquired it in 2005.

The Library is also home to Bob Cobbing’s manuscript archive.  And we hold copies of many of the publications issued by Cobbing’s Writers Forum imprint, as well as books about his artistic practice.

This particular piece, ‘WORM’, was recorded in 1966. It was among the tracks issued by the Library in 2009 on a CD compliation of Cobbing’s work called ‘The Spoken Word: Early Recordings 1965-1973’.

That CD is now long out of print and hard to find. Soon though, we will be making available - for free online listening - a selection of further treasures from the vaults. Our thanks are due to Barbara and Patrick Cobbing of the Bob Cobbing Estate, and also William Cobbing, for helping this to happen.

Keep an eye on our social media channels for news on the launch of our new ‘sounds’ web site.

Note: The downloadable transcript is for the benefit of people with a hearing impairment. It is not intended as a guide to how the words should appear on the printed page. Cobbing published various treatments of the piece over the years. One published version has the words in horizontal lines from left to right, but also in four columns. Another visualisation sees the words printed off-register and arranged in wiggly vertical strings. The impression given is of worms on the ground, viewed from above.

Text and recording are copyright of the Bob Cobbing Estate, Used with permission.

Posted by Daisy Chamberlain at 10:00 AM