DVD and Blu-ray. Both fine formats. But which is best? There's only one way to find out ... release them in dual format editions. This non-fighting solution has been announced by the BFI, which from April will be issuing selected releases in which both the DVD and Blu-ray versions of a film are available in a single package. The initiative starts off with two marvellous offerings: Yasujiro Ozu's Tokyo Story (1953) and Early Summer (1951), to be released on April 26th, priced £19.99. Ozu's Late Spring (1949) will follow in June, and the plan is to issue a total of 25 releases in this dual format form. 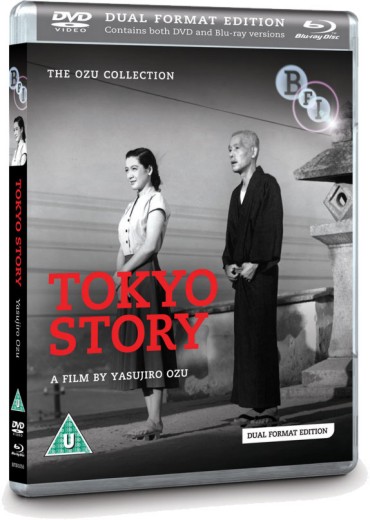 It's an ingenious initiative, clearly aimed at those hovering between formats and uncertain whether to make the plunge into Blu-ray. The figures for Blu-ray show that the format is catching on all the more with the general public (after a sluggish start following its victory over HD-DVD in the format wars), but there hasn't been quite the great rush to switch formats in the way that there was from VHS to DVD. But 2010 has been designated the year of HD in many quarters, so many waverers are going to feel bombarded by messages that say fine as their viewing experience was before they are going to have to pay out more to make it finer. The cheapness of the dual format editions will also help them dip their toes in the water.