Recording of the Week: Where have all the sparrows gone?

The House Sparrow (Passer domesticus) was once a familiar sight in both urban and rural regions across Britain. Groups of these stumpy, brown birds could easily be seen flitting through the foliage or clustered together around food supplies. They were even the main ingredient in several old recipes. In recent years however, this once common species has experienced a population decline of more than 65% and their simple, chirping calls are no longer a household sound. A lack of winter food supplies has been identified as a cause of rural declines but it is still unknown what is behind the disappearance of sparrows from urban areas.﻿﻿﻿﻿

Holocaust Memorial Day has been held in the UK since 2001 and the United Nations declared this an International event in November 2005. 27 January was chosen as the date for HMD because it was on this date in 1945 that the largest Nazi killing camp Auschwitz-Birkenau was liberated. The theme for 2011’s Holocaust Memorial Day is Untold Stories.

The British Library holds several key oral history collections documenting Jewish experiences in Britain, including testimonies of pre-Second World War Jewish refugees to Britain, those fleeing from Nazi persecution during the Second World War, and Holocaust survivors and their children.

All of the collections are available to listen to onsite at the British Library.  In addition, 66 of the personal testimonies from The Living Memory of the Jewish Community have been made available online via the Jewish Survivors of the Holocaust package on Archival Sound Recordings.  An online education resource, Voices of the Holocaust, is also based on the collection.

George Ewart Evans began to record his neighbours in the Suffolk village of Blaxhall in 1956, with the encouragement of BBC producer David Bryson, who was in charge of local radio programming for East Anglia, and who leant him a portable tape recorder. By his own account he made eight tapes then (the first was of George Messenger - in the collection at the BL), but he returned the recorder and did not use sound again until he started to work with another BBC producer, David Thomson, in 1963. The impact of sound recording on his early books was not large. Many of the conversations with Blaxhall people on which Ask the fellows who cut the hay is based were recorded in notebooks, and George’s first and favourite informant, Robert Savage, died shortly before he began recording on tape. At that time, George did not see his investigation of rural work and culture as the collection of a primary historical record, and even when he did start to see it that way, he thought of it in terms of a record in writing, not in sound. He had, he says, initially seen the recordings

... only in terms of material to be broadcast. It was only much later that I thought of the possibility of transcribing them and using them as historical records, and they remained in tape-only form for years. I recognized at length that it was legitimate to translate the full flavour of the recordings to paper.

It was the writer in him which determined the way he worked. His connection with the BBC had been established through his success as a radio writer, with stories of his Welsh youth and stories for children. Once he had discovered the potential of his Suffolk acquaintances, his immediate purpose was to compile his own account of their experiences - though as far as possible in their own words - to appear either on air or in print. The record of their lives, in their stories and songs, which he accumulated along the way was a by-product; and so the material is not always as orderly as we might like. The original order has also been obscured by the fact that the collection consists of copy tapes, made from originals leant to what was then the British Institute of Recorded Sound, which often combine several originals in one copy. How far the originals themselves contained different recording sessions, or copies and edits of material already recorded, is not always clear. Names and details, presumably transcribed from original labels, are sometimes wrong. There is still a good deal to discover or clarify.

Taken together, the collection is a mosaic of topics, speakers, and places, times and purposes of the recordings. There is a huge amount of factual testimony about the experiences and techniques of rural life in the past in the particular area in which George lived; but, since the interviewees were his neighbours, the recordings also branch out to include his own neighbourly relations - recording the young bell-ringers of the village about what they are doing, or himself taking the tape recorder into a village school and introducing the children to it. There are also some interviews recorded by other people (folk-song researcher Ginette Dunn, historian John Ridgard - misspelt on the tape label) which he had borrowed, and one side of an audio-correspondence with Charles Kindred (who appears to be a farmer with a strong interest in rural history and folk traditions) conducted by sending tapes back and forth between them by post. One unidentified interviewer may be David Thomson, with whom George worked on broadcasts about hares and horses (still available in the BBC sound archive). Some of the tapes are edits, off-air recordings and ‘lecture inserts’ (according to the label).

Neighbourliness and the opportunity to share ideas were big issues for George by the time he arrived in Blaxhall, because he was becoming severely deaf. While his wife ran the village school he was at home, minding the children and trying to write. He had to make a conscious effort to talk to people to overcome his increasing isolation. After a couple of years he acquired an NHS hearing aid and was at last able to take an active role in the village. With his wife he organised an exhibition of village history at the school for the Festival of Britain, and found that the exhibition particularly stimulated people to talk about the past. It was at about this time that he started systematically noting down their descriptions, reflections and stories, paying particular attention to the way they spoke.

He was impressed by the quality of their story-telling, and noticed words in their vocabulary which were only otherwise known to him from sixteenth or seventeenth century poetry. Their language became an integral part of the history he was trying to capture, as he said in his book Spoken history:

It became my purpose to get not only fresh and lively descriptions of life on the land before the big changes but also to get as many examples as I could of the arresting language in which they communicated them.

Through the recordings runs a strong interest in performance - formal or informal: story-telling and singing, village entertainment, how people dressed, children’s games, the tricks of accomplished horsemen for controlling horses, the tricks hunters play on their quarry and the tricks animals (particularly the hare - associated with witchcraft) play on humans; the routine techniques of everyday tasks, the pranks played at work in the fields or in the breweries of Burton-on-Trent in the malting season.

Where the flow of a story went wrong he would sometimes retake a passage or restart the story to capture the performance as it should ideally have sounded - you can hear the tape-recorder being turned off and on, and his comments occasionally indicate that the story is already known to him before a recording session. Some interviewees are obviously natural story-tellers, others sound highly rehearsed, and some may be reading (Mrs Reynolds explicitly gives an account of her rural middle-class childhood in the form of letters to her grandchildren). As a result, although the collection is in some ways an unstructured accumulation of reminiscences, the historic strangeness of the past way of life which it records, and the way the very varied scenes are narrated, make it remarkably dramatic. 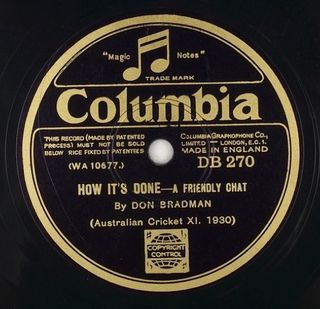