BBC Radio 4’s The Archive Hour feature on the British Library’s work with sound aired on 26th and 28th March. The idea for the programme, produced by Julian May and presented by radio historian Sean Street, was to explain and illustrate in under an hour the importance of the British Library’s work in rescuing and preserving the sounds of the world around us – from Victorian Britain to the present day. No mean feat considering the enormous breadth of audio subjects and source materials which the Library is called upon to deal – from the regional dialects of chaffinches to the last recorded words of Nelson Mandela prior to his 1964 incarceration. They can be found on carriers as unlikely as rolls of wire or even postage stamps. 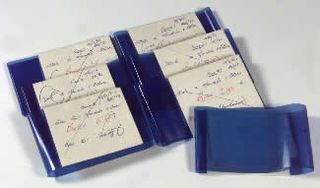 Those who work with unpublished sound recordings might concur with my own view that the most rewarding moments occur during those few seconds of tape hiss or surface noise which follows the engagement of a recording device with a sound carrier of unknown origin – the suspense of waiting to be transported to an unknown place and time. And the possibility that you may be about to witness something no one has heard since a time long before you were born.

Walls of Sound presents a travelogue of such moments with some of the more unlikely recording locations offering clues:

But for archivists, of whatever medium, the ultimate satisfaction is experienced on those rare occasions when a forgotten document of the past can be reunited with its rightful owner.

One touching moment in the programme is the on-air transfer of the previously unheard contents of a booth disc recording picked up by Philatelic curator Paul Skinner at an online auction. It was found to contain a private audio letter from a British soldier based in Egypt during World War 2 to his family back home in Coventry – then still reeling from the blitz which had killed over 1,000 and flattened more than 60,000 buildings. Within hours of its transmission, a message was received from a Mr Keith Spragg, nephew of soldier Frank Spragg, expressing his joy at hearing a 67 year old recording he had no idea even existed, and at the unexpected opportunity of hearing again the voice of an uncle who’d survived the war but finally passed away in 1998. 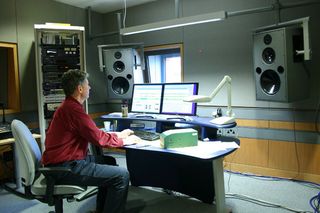 The final voice in the programme is that of a now extinct species, the last surviving Kauai O’o A’a bird, calling to a mate killed in a hurricane the previous year and, as presenter Sean Street noted, “unaware that he is now completely alone in the world.” An appropriate reminder of the vital importance of the British Library’s work in recording and preserving the sounds of the world around us.

Walls of Sound can be heard online via the BBC’s iPlayer until Sat April 2nd, after which it will be available within the British Library’s reading rooms via the onsite Soundserver.

The Writing Life: Authors Speak is a new British Library publication compiled using extracts from the Authors’ Lives oral history collection. Authors’ Lives started in 2007 and is an on-going project run by National Life Stories at the British Library. Through in-depth life story interviews the project provides a panoramic view of the literary landscape as it exists today and within interviewees’ living memory, whilst capturing on record accounts of individual authors’ experiences of the writing life. The archive contains recordings with biographers, literary and popular novelists, poets and children’s writers.

The Writing Life: Authors Speak is now available for sale from the British Library (http://shop.bl.uk/) but support from Arts Council England is enabling us to distribute 2,000 free copies of the CD to people in schools and universities involved in fostering writing skills.

An event to celebrate the Authors’ Lives project and the publication of The Writing Life is being held tonight (28th March 2011) at the British Library.  Writers Michael Frayn, Philip Hensher and Hilary Spurling will join in a discussion, chaired by Deborah Moggach, to offer insights into their own creative practices and reflect on the changes they’ve witnessed to modern-day authorship.  The event will be recorded and we hope to provide a link to the podcast within the coming weeks.

Oral history at the Architectural Association

Interviews from a number of the oral history collections are currently featuring in an exhibition at the Architectural Association in London, ‘AA Archives: Projects, Personalities & Publics’, which celebrates the history of the school and association.  The exhibition uses textual records, drawings, models, photographs and archival artefacts from the AA Archive.  In order to represent the 'student voice' the exhibition organisers also sought out oral history material from the British Library and have included a number of recordings from the Architects’ Lives, Artists’ Lives and the Andrew Saint Recordings, which detail student life from the 1930s - 1950s.

Some of the recordings used in the exhibition were identified using the ASR website.  Edward Bottoms, the Architectural Association archivist says “Key to including these oral history interviews in our exhibition has been the availability of a large number of recordings online – this has enabled research to be carried out efficiently and allowed our geographically dispersed staff to access, download, listen and then make decisions collaboratively.”  The exhibition unfortunately closes tomorrow (26th March) so try to make it along if you can!

Recording of the week: Ravel's string quartet in F major

Ravel's string quartet contributed significantly to his notoriety within the French musical establishment as an unorthodox and modern composer. Written in 1903 and performed the following year, the work divided critics. Debussy, however, is said to have admired the work, apparently urging Ravel to refrain from altering it. This particular recording of the last two movements, performed by the Philharmonic Quartet, has a certain poignancy: it was recorded on the day of Debussy's death on 25th March 1918.﻿﻿﻿﻿

Berliner Lautarchiv recordings from 1915-18: the voices of British prisoners of war

You might be intrigued by John Hickman’s Oxfordshire pronunciation of father [as ‘vaather’], recorded in Sennelager Prisoner of War camp in Germany in 1918, but probably less surprised to hear John Townend, from Huddersfield, recorded in Güstrow in 1917, pronounce it to rhyme with ‘gather’. We’re delighted this week to publish a set of early dialect recordings recorded in extraordinary circumstances that allow you to compare English dialects at the start, middle and end of the 20th century. In some cases the contrast is marked – compare, for instance, John Hickman with Evelyn Johnson, recorded in Oxford in 1998. Elsewhere traditional features persist – Steven Elsden, recorded in Bradford in 1999, shares John Townend’s distinctive pronunciation of father.

The Berliner Lautarchiv British & Commonwealth Recordings is a subset of an audio archive made between 1915 and 1938 by German sound pioneer, Wilhelm Doegen. The British Library acquired digital copies of the recordings in 2008. The 66 recordings available here feature British POWs recorded in captivity on German soil between 1915 and 1918 reading from the Parable of the Prodigal Son. They differ from the other collections available on the site in that they represent ‘performances’ rather than spontaneous speech and thus inevitably prompt questions about the authenticity of the voices. Nonetheless they are some of the earliest known recordings of ‘ordinary’ English speakers and it’s reassuring to note that many of the words, pronunciations and grammatical constructions elicited are confirmed by later, more naturalistic recordings.