Potters of the Bernard Leach Legacy

The project, which was funded by the Heritage Lottery Fund, ran between 2007 and 2010 and aimed to record interviews with potters who had either spent time at the Leach Pottery or whose work exhibited aspects of potting in the Leach Tradition.  Many interviewees were interviewed in their studios in the south west (including Philip Leach, John Leach, Tim Stampton, Jack Doherty, Lisa Hammond, Michael Cartwright, Jim Malone, Andrew Marshall, Svend Bayer, Anthony Richards, Trevor Corser, and Amanda Brier) although potters based as far away as New Zealand (Mirek Smisek and Peter Stichbury) were also interviewed for the project.

The full list of those interviewed can be found by searching the Sound Archive catalogue for reference C1330.  The interviews are available to access on-site at the British Library in St Pancras and Boston Spa through the Listening & Viewing Service or via SoundServer.  As well as the twenty-four interviews recorded for the project, the collection also includes recordings made with Bernard Leach, William Marshall and Sybil Hanson, which were conducted by Canadian filmmaker Marty Gross in the 1970s.

Songs of British Birds was first published in 1953 by HMV and comprised four double-sided discs that could be purchased either as a box set or individually. Ludwig Koch, the renowned wildlife sound recordist, was responsible for the 27 recordings of common species that made up this identification guide to British birds. Each disc covered a certain habitat and featured the songs and calls of birds that would most likely be encountered in that particular landscape. 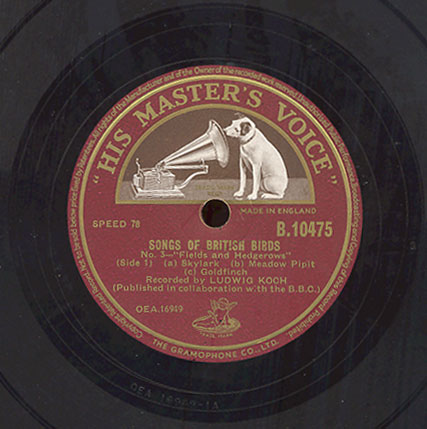 Koch was of course no stranger to publishing, with previous compilations having been released in his native Germany, the UK, and Belgium. Gefiederte Meistersänger (1935), Songs of Wild Birds (1936) and Animal Language (1938) were just some of those publications that brought the sounds of nature to the armchair ornithologist.

The recordings featured on ‘Songs of British Birds’ are the latest sounds to be added to Early Wildlife Recordings.

Raiders of the lost archive 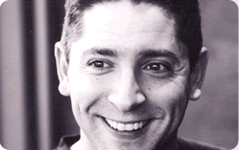 Well, I don't know - this blog publishes nothing in over three months, and then we get three posts in the space of three hours. Where might all this giddiness end? Here's news of an event taking place at the end of September, one of the regular series of 'Sound Cases' talks that we hold throughout the year:

Raiders of the Lost Archive: revealing process in film composition

Where: Centre for Conservation, British Library

As early as 1989 Stephen Wright suggested that the lack of availability of source materials was the largest obstacle to the widespread advancement of film music scholarship. This presentation will suggest ways in which a variety of source materials, especially digital sources, might impact on our understanding of film music. As a film composer himself, the speaker is uniquely able to comment on the practical, collaborative and creative interactions that take place during the creation of a film score, thus providing an insight into soundtracks both artistically and within their production contexts.

Miguel Mera is a composer of music for the moving image and a musicologist. He has composed music for feature films and numerous television dramas and documentaries. Miguel is the Head of the Centre for Music Studies at City University.

Do come if you can. It promises to be quite a special event.

Film, copyright and the internet: a guide for producers

More filmy things going on at the British Library in September, with this event taking place in our business and IP Centre:

Film, copyright and the internet: a guide for producers

As a film maker, you need to understand how copyright works: who owns the rights, what forms of protection against infringement are given and how the rights are transferred and traded. Copyright law has to a large extent been harmonised around the world, but variations still exist, particularly on dealing with infringement.

The Internet has dramatically changed the way in which films are viewed or purchased and has expanded the market, not just for new films but back-catalogue movies and TV shows which formerly disappeared at the end of their DVD life. However, the problem of Internet piracy undermines the normal system of film distribution, and the borderless nature of the Internet confounds copyright law and frequently makes it impossible for film-makers to control the exploitation of their films.

What about the wider impact on creativity? Copyright law developed to enable the creator of a work to benefit financially from its exploitation, and thereby to encourage creative endeavour in general. Does the Internet undermine this basic principle? When a producer sees the potential box office revenues diminished significantly because their film has been leaked onto the Internet prior to its theatrical release, will they go to the same lengths a second time to get a film produced?

In this workshop we will analyse the impact of Internet piracy on the film world and discuss whether anything effective is being done to address the problem.

The event will cover:

It's been a little on the quiet side here at the Moving Image blog of late, but that's not to say that things are quiet at the British Library. Our moving image plans are pressing ahead in all sorts of interesting ways, which I hope to be able to report on soon, as this blog creeps back into life a little more.

Meanwhile, we have other stuff happening in September, with three film-related events which you might like to take note of. Here's the first of them:

Come along to the British Library in London to carry on your conversations from this year’s Doc/Fest in June, meet new people and learn more about the free resources available to documentary makers and digital media practitioners in the Business & IP Centre.

Join us for drinks at this great networking opportunity for documentary lovers, Doc/Fest veterans, and those completely new to Doc/Fest and curious about the industry. Find out how the British Library can help you realise projects, assist in research and how you can access their world-renowned resources.

Charlie Phillips, Doc/Fest’s Marketplace Director will also be in attendance to advise on documentary project financing and development.

Sheffield Doc/Fest brings the international documentary family together to celebrate the art and business of documentary making for five intense days in June every year. Find out more at http://sheffdocfest.com

Recording of the Week: a prisoner from Oxfordshire

Would you guess this speaker was from Oxfordshire? He’s one of a remarkable set of recordings of British POWs recorded in captivity on German soil during the First World War.

Accents & dialects, Recording of the week

The primary function of the first commercially available wildlife recordings was to impress and entertain the listener. Birds renowned for the beauty of their songs, such as the Nightingale and Blackbird, made obvious recording subjects and for the first time ever, people could listen to a recording of an actual bird, albeit a captive one, from the comfort of their own home.

Within a few years however, the evolution of this genre had begun to slowly gain momentum and it wasn’t long before publishers and recordists recognised the potential for expansion and began to look beyond the simple beauty of birdsong. Sound recording could be used to demonstrate various elements of acoustic communication and in doing so, could add a scientific element to the listening experience.

Documenting a species’ vocabulary incorporated an important scientific element into a publication as it illustrated that animals could utilise many different vocalisations to express specific functions and meanings. Possibly the best example of this was ‘Animal Language’, a sound book by Ludwig Koch and the evolutionary biologist Sir Julian Huxley in 1938, which is included in Early Wildlife Recordings. 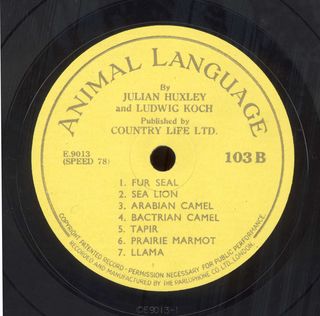 The publication was constructed in such a way that the disc complimented the book and vice versa, and neither could be fully appreciated without the other. This unison of text, image and sound created the first detailed consideration of animal behaviour available to the general public, with particular emphasis placed on the importance of acoustic communication within the animal kingdom. It also allowed the authors to explain the process of wildlife sound recording with all of its challenges and requirements. Ludwig Koch travelled around Whipsnade and London Zoos for several months in late 1937 – early 1938 using a portable recording studio in the form of a seven ton van. A microphone connected to a long lead would be attached to the required enclosure, meaning that the van could be positioned out of view so as not to disturb the animal in question. The book contains a wonderful passage that will resonate with all wildlife recordists and tells the tale of Koch’s attempts to record wolves at Whipsnade. Huxley wrote:

“The wolf pack at Whipsnade can only be described as disobliging. As the head keeper explained, the wolves usually start their concerted howling when they hear a particular siren which goes at five each afternoon. But when the microphone was put in position, the siren failed to elicit any response. The wolves looked towards Mr Koch, who was standing by it, with a sort of sly defiance, but remained entirely mute”.