Recording of the week: Golden Oriole

In 1938, wildlife sound recordist Ludwig Koch collaborated with Queen Elizabeth, Queen Mother of the Belgians, on a recording project that brought together the songs & calls of 25 birds commonly found across Belgium. In his autobiography, ‘Memoirs of a Birdman’, Ludwig Koch spoke about his attempts to record the song of the Golden Oriole, Oriolus oriolus:

“I was facing a group of poplar trees and experience has taught me that the Golden Oriole likes these trees and is often hidden in their tops. I started to play a Golden Oriole recording, and after half an hour there came an answer from one of the Poplar trees. Some days later I was able to record this bird’s fine call, which suggests the words 'The cherries are ripe'." 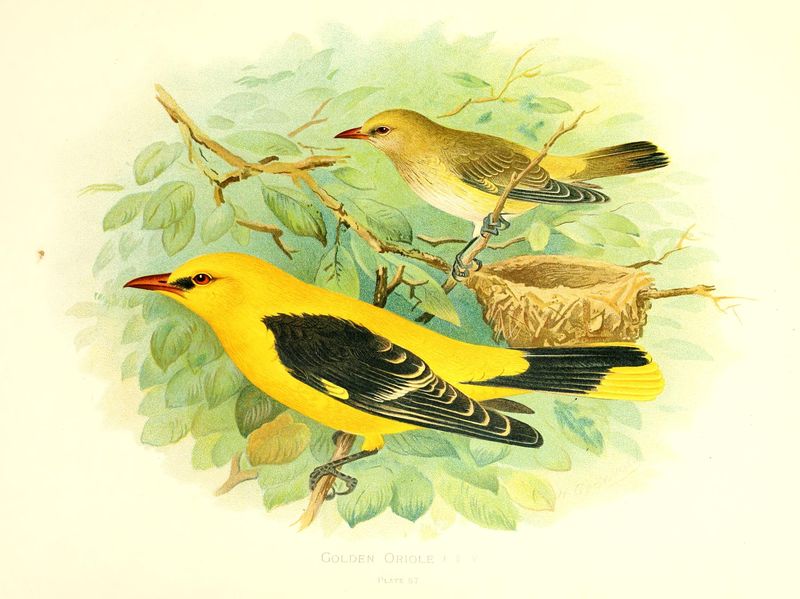 These recordings formed the heart of the sound book ‘Les Oiseaux Chanteurs de Laeken’ (Singing Birds of Laeken) which comprised 4 double-sided discs and an accompanying 80 page book. Not intended for the commercial market, these early identification guides were donated to over 20,000 schools across the country.

'Recording of the Week' highlights gems from the British Library Sounds website, chosen by British Library experts or recommended by listeners. This recording is part of the Early Wildlife Recordings collection.

Your collection is really impressive!