Bird Sounds of Kenya - favourites from the A.R. Gregory collection

Mark Peter Wright, supported by the Wildlife Sound Trust, picks some of his favourite bird recordings from the extensive collection of ornithologist A.R. Gregory:

Listening to the Green Wood Hoopoe, you can’t help but smile. Recorded in 1971 by Gregory, the Wood Hoopoe’s distinct ‘giggle’ is often the call of a group’s dominant pair. 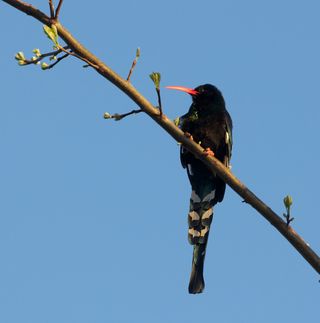 Rattling Cisticolas are notoriously difficult birds to identify due to their small, streaky brown physicality – a somewhat ubiquitous commonality in the avian world! However, as is often the case, listening to their distinct voice is perhaps the best method of identification. On this example you can hear a typical song sequence based on repetition and recombination of vocal patterns. 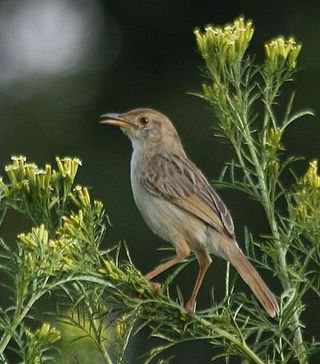 The Splendid Glossy Starling’s call is a combustible mixture that brings to mind R2D2’s robotic sound FX from the Star Wars films. Flocks of this iridescent purple bird are commonly found amongst tree tops and forest edges. This particular recording was made by Gregory in Kitale, again in 1971. 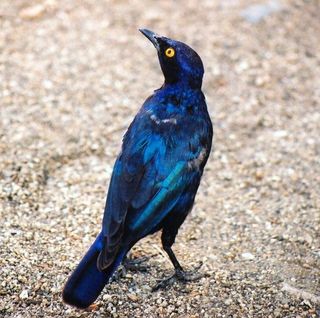 The Bare-faced Go-away Bird is distinguished from the similar White-bellied Go-away Bird by its bare black face. Often found in open space and along river edges, their distinct murmuring voices and sudden yelps add yet another layer to the soundscape of Kenya. This recording dates to 1974 and was made by Gregory in the Masai Mara. 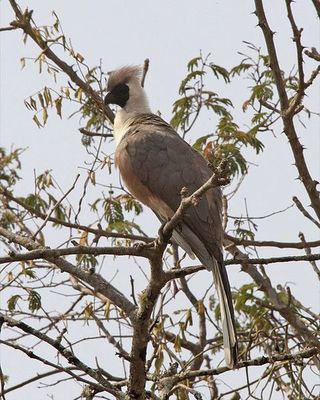 Further avian field recordings from the Gregory collection can be explored here.

Last week I attended the PrestoCentre Screening the Future conference, held at Tate Modern in London. In contrast to many conferences in the audiovisual archiving world, the focus was very much on preservation, as opposed to access, discoverability, linked data and all the rest. Also of note was the broad variety of different perspectives represented in both speakers and delegates. The spectrum ranged from not-for-profit collection holders at one end, to purely commercial
digitisation and storage service providers at the other, with specialist commentators and different forms of commercial archives somewhere in the middle.

Not surprisingly, collection holders tended to focus on complex problems, while vendors talked confidently of solutions. Though this didn’t lead to the two sides leaping into each other’s’ arms (so far as I saw, anyway), it did set the scene for a lot of useful discussion on and off the stage. An archive can outsource tasks but it can’t outsource responsibility for a collection, so at the centre of any such relationship is trust. David Giaretta, Director of APARSEN and chair of the panel which produced the hugely influential OAIS Reference Model for digital preservation, discussed the psychology of preservation, and of trust and the need for auditors, helpfully mentioning that the auditors themselves need auditing.

Two personal highlights: Mark Schubin addressed the question “What needs to be preserved?” with a fascinating talk exploring how the perceptions and expectations of opera audiences have been conditioned by evolving technology and collecting policies. His slides are available here. Kara van Malssen from Audiovisual Preservation Solutions described the very dramatic rescue operation to save the Eyebeam art and technology centre in Manhattan after it was flooded by hurricane Sandy. In addition to giving a great overview of the disaster recovery process, she made a compelling argument for the need to see all AV digital preservation as a race against an encroaching flood, and described work in progress which will help quantify the Cost Of Inaction.

British Bird of the Month: Skylark

The Skylark, Alauda arvensis, is one of our finest songsters, possessing a song that excels in all areas. Complex, fast, full of mimicry and seemingly neverending, this song is one of the signature elements of the British summer soundscape. Being very much a bird of open countryside, the Skylark can usually be heard in areas dominated by farmland, heaths or marshes. Heard is the key word here as you'll more than likely hear a Skylark before you see one. As you gradually become aware of a steady stream of liquid, warbling notes, look up into the sky. If conditions are right and you look hard enough, you'll soon spot a brown dot ascending ever higher - you've found your Skylark. 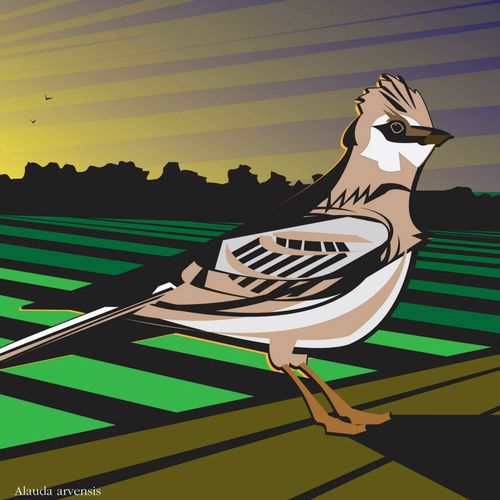 The following recording is but one of many wonderful examples of this songbird's voice. It was made by Rex Ashby in Hampshire during the summer of 1982 and is a prime example of the versatility, complexity and sheer beauty of the Skylark's song.

More Skylark examples can be found in British Wildlife Recordings.

Can't tell your Capercaillie from your Ptarmigan? Then the British Library might be able to help. The latest title in the Library's series of wildlife & environmental audio publications, Wild Scotland, brings together the vocalisations of 30 species commonly found in this part of the world.

Several species, such as the Black-throated Diver, Crested Tit, Corncrake, Capercaillie and Pine Marten can only be found in Scotland, being absent from the rest of Britain. The Crested Tit, for example, is a highly specialised bird that is mainly restricted to the ancient Caledonian pine forests and Scot’s pine plantations of the Highlands. Likewise, the Capercaillie, a large woodland grouse that can reach almost a metre in height, is only found in the remnants of these once widespread and now vulnerable native pine forests. The Black-throated Diver, with its mournful, wailing song, only breeds in the northwest of the country, as does the secretive Corncrake. The distinctive ‘crex crex’ song of this member of the Rail family was once a familiar sound among the grasslands of Britain and much of Ireland, but changes in agricultural practices led to a dramatic population decline. Today, the Corncrake is mainly found on Orkney and the Hebrides, but conservation efforts are afoot to expand the geographical range of this bird. 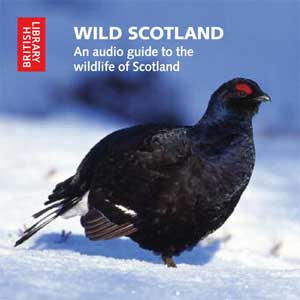 One of the most evocative images of Scotland is that of the Red Deer stag. This ‘monarch of the glen’ is a powerful symbol of the Scottish wildness and its bellowing roars during the annual rut are no less impressive. Another longstanding symbol of the Scottish wilderness is that of a Golden Eagle soaring over the barren moorlands and rugged mountainous ranges in search of prey. The Golden Eagle is one of Britain’s largest birds of prey and its breeding territory lies mainly in the Scottish Highlands and islands. Although mostly silent, it can be identified by its strong, yelping call. Other key species may be smaller in stature but are just as characteristic of Scotland’s wild places. The Red Squirrel is Britain’s only native squirrel species with around 75% of the UK population occurring in Scotland. This is due in part to some areas remaining free from the invasive Grey Squirrel, which has been responsible for Red Squirrel declines in other parts of Britain. The Pine Marten, though elusive and difficult to spot due to its nocturnal nature, has its stronghold in the woodlands of Scotland and is finally on the road to recovery after suffering significant persecution during the 19th century.

The majority of the recordings featured on this disc were recorded on location in various parts of Scotland. The remaining examples were recorded in England and were selected on the basis of superior audio quality or required vocalisation type. Despite being recorded in another country, all are accurate depictions of calls produced by their Scottish cousins.

Wild Scotland is designed to act both as an identification guide and an audio celebration of the many natural sounds of the country’s diverse and glorious habitats. Whether you are an armchair traveller or preparing for a holiday, this collection of field recordings showcases some of the marvellous wildlife that can be experienced in this inspiring land.

(Wild Scotland is available from the British Library shop priced at £10.00)

The Advent of Sound Recording

Over the past 5 weeks, listeners of BBC Radio 4 have been treated to a series dedicated entirely to sound and its many roles in human culture over the past 100,000 years. Noise: a Human History, written and presented by Professor David Hendy and made in collaboration with the British Library's Sound Archive, has explored a multitude of subjects, from the power of great orators to the significance of resonant spaces.

Episode 25, Capturing Sound, looks at new technologies that emerged during the latter half of the 19th Century, making it possible to record and thereby transform sound from something previously transient and elusive. 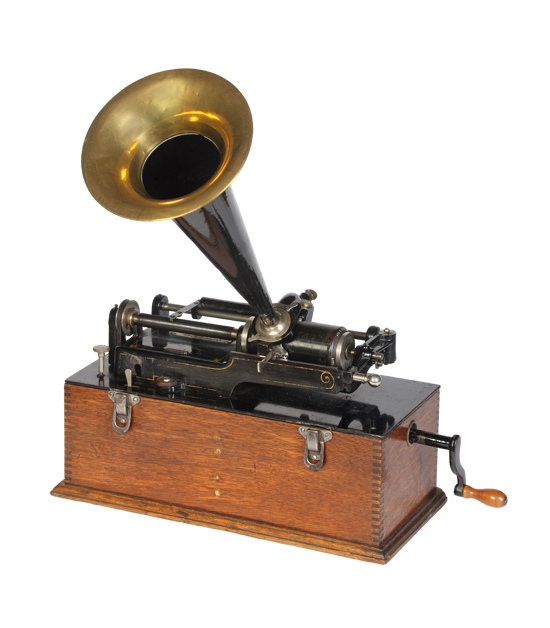 Over 350 images of recording and playback equipment from 1877 to the end of the 20th Century can be explored in the Sound Recording History section of British Library Sounds. The site also contains over 600 early spoken word recordings that bring together the voices of sportsmen, explorers, writers, politicians and even royalty.

Amy Johnson, pioneer aviator - The Story of my Flight

Christabel Pankhurst, suffragette and co-founder of the Women's Social and Political Union - Suffrage for Women

This varied collection is drawn from commercial cylinders and 78rpm discs that date from the earliest days of recorded sound to the late 1950s, when LPs became the standard format for the record industry. Many of the recordings have never been reissued.

Noise: A Human History is broadcast on weekdays at 13:45 on BBC Radio 4, with a special omnibus edition at 21:00 on Fridays. All episodes broadcast so far are available on iPlayer Radio.