Weather has quickly become one of the most popular collections in the Environment & Nature section of British Library Sounds. Currently standing at 123 field recordings from around the world, this collection invites the listener to explore the sounds of rainfall, wind and thunderstorms. Many recordings were made by Wildlife Sound Recording Society member Richard Beard who has donated almost 3000 field recordings to the British Library's Sound Archive. Below are some of the highlights from his most recent contribution:

Wind in Cypress Trees along the Great Wall of China

Rain falling on a plastic porch, Isle of Wight

Thunderstorm over an urban garden, London

One of my favourites is an 8 minute recording of a gale battering the west coast of the Isle of Wight. Made towards the end of 2012 in a coastal bay, this recording is dominated by the crash and swirl of a sea being forced into shore by an unrelenting wind. The muffled cries of a Herring Gull and the harsh calls of a Jay are the only sounds that rise above this constant onslaught.

Gale by the coast, Isle of Wight 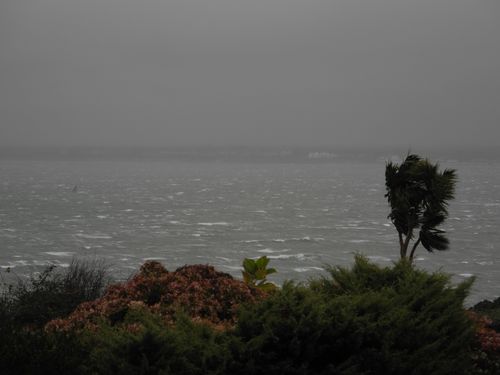 Weather is an evolving resource and new recordings will be added over the coming years. If you are interested in contributing material to this popular collection, please do get in touch.