Recording the Sounds of Nature - six questions with Ian Todd

Ian Todd has been recording the sounds of nature for over two decades. He is a member of the Wildlife Sound Recording Society (WSRS) and a longtime contributor to the British Library's collection of wildlife and environmental recordings.

1. When did you first become interested in recording the sounds of nature?

I first became interested in the sounds of nature around 1989 after having been a bird watcher for a few years. I began to find myself drawn to avian vocalisations rather than the visual aspects of bird watching. I soon realised the lacunae in my knowledge, and set about rectifying this via the-then BLOWS (British Library of Wildlife Sounds) cassettes "British Bird Song and Calls", as compiled by Ron Kettle in 1987.

I soon found myself spending hours listening to the two, later three, audio cassettes; later on acquiring the CD version. Around this period, I was spending a lot of time driving as a component of my work, and this furnished me with ample opportunities for familiarising myself with the avian vocalisations of the birds I encountered as a birder. 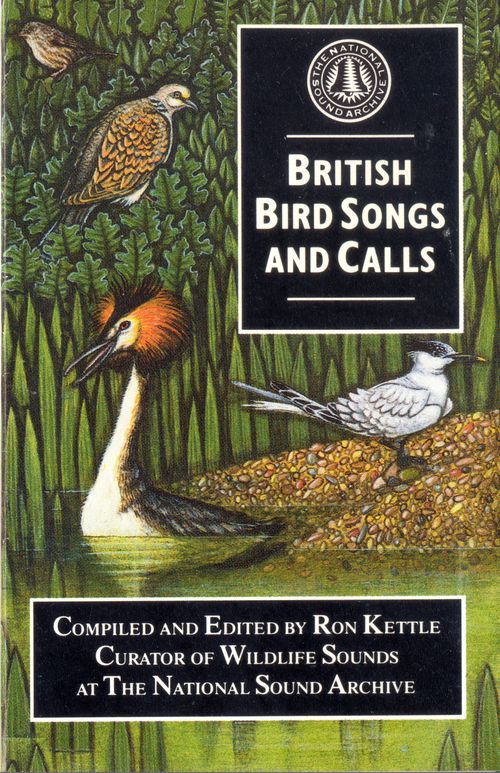 (Illustration by Matilda Harrison; Designed by The Public)

2. Can you tell us about some of the challenges you faced in the early days when you were new to this field?

The main challenges I encountered at this stage lay in knowing what field-equipment to use, and then being able to afford what I wanted. The WSRS certainly helped on both these aspects, although in 1994 I "lost" a year by following a bad piece of advice regarding choice of microphones.

3. Your recordings tend to focus on natural soundscapes rather than individual species. Is there a particular reason for this?

Once I started to use a pair of Sennheiser ME66 short-gun electrets I increasingly realised that it was soundscapes I wanted to pursue. In reality, I'm not all that interested in single-species clinical portraits, and probably never have been. Even when I regularly used to listen to these, in an effort to improve my oral identification skills, I frequently found myself "peering" into the backgrounds, a practice I had first developed when getting to grips with the BLOWS ID cassettes.

4. Your recording locations have included France, Spain, Macedonia, Turkey, Poland, Colombia, Goa and The Gambia. You've also recently returned from a recording trip to Finland. Where next?

I'm not entirely sure of where to go next, but Colombia is again a possibility, and if so, then we would like to go to Los Llanos, the flat plains to the east of the Andes.  My friend, Sean, is married to a Colombiana, and has visited the country well over a dozen times, but even he's never been to this region.

Also, I understand that there may be a sound-recording expedition to Mongolia in the offing, but this is as yet, uncertain, and perhaps "hush-hush".

5. You've contributed several hundred recordings to the Sound Archive, many of which are now available on British Library Sounds. Your recordings from The Gambia and Goa are particularly popular with users - Passing Cattle with Native Cowherd and Common Langurs and Forest Birds come to mind. Can you tell us a little about these particular recording trips.

Passing Cattle with Native Cowherd - I doubt I could have invented a more apt name - was recorded near the creek at Tanji on the Gambian coastline, at around 1555 hours GMT ( "Gambian Maybe Time") on the 5th October 1997. It was a Sunday, but certainly not a day-of-rest either for the sun, or for me.  The Gambian heat was relentless, and the earth at Tanji parched and Godless.  I was skulking about trying to find shade, and happened on a desiccated little coastal field, near the beach. As I crouched under a bush, I heard an approaching racket, and realised that a small herd of miserable-looking cattle - skin and bone would have  been a good descriptor - was about to pass through my field. I deployed my microphone-rig (crossed pair of  ME66 pair of Sennheiser electret short-gun microphones) and took in the soundscape, somewhat fearful all the time for the safety of my mic-rig. The cowherd gave me a cursory nod.

Sean and I visited The Gambia three times in the 90s - October '96, October '97, and finally in March '98.  The middle visit was by far my best for wildlife soundscapes, even though at the time my recorder was but a humble prosumer MiniDisc recorder (when one reflects that this recorder was working on around one-eighth of the bit-rate that I now use, I'm surprised that the material sounds as "good" as it does!).

The Homeward Journey before Dusk

Actually, I was using the same MiniDisc setup and bit-rate for the sounds I captured (badly, I think) in Goa, in early 1999. This time there were four of us on the trip, Sean again, and two bird-watching friends. I was the only sound-recordist, so I was hard-pressed to be able to take time out for my soundscaping. However, I did capture the sounds of these Common Langurs (Presbytes entellus) crashing through thick foliage in the Bondla Nature Reserve in Eastern Goa, one hot afternoon in January, and I knew what they were, which is more than I can say for myself regarding the avian identifications, as I never got around to sorting these out. No doubt I could if pressed, however.

6. Finally, with so many ways of documenting our surroundings we ask the question Why field recording?

Put simply, because this is what I've found myself doing, and what I've come to be interested in.  Also, I'm not trying so much to "document" my surroundings, as to CAPTURE them. Sound is my best way of achieving this. I'm no photographer, and I can't paint landscapes. Anyway, I've long realised that I'm hooked.

Actually, in 2004, after a trip to Shetland, I did do some serious soul-searching, as the soundscapes that I achieved there were on the bland side, but it didn't take me long to realise that I was simply not interested in any other approach. 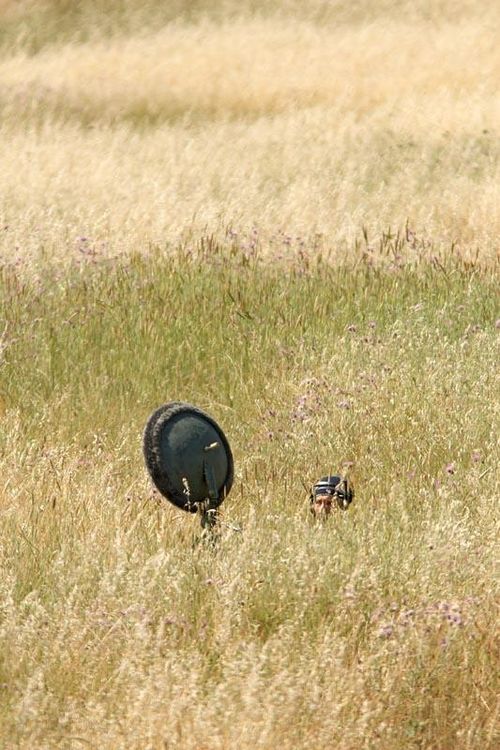 Further recordings from Ian Todd can be found within the Soundscapes and Weather collections in the Environment and Nature section of British Library Sounds.

For a complete list of Ian's recordings, please refer to the Sound and Moving Image Catalogue