Tony Whitehead is a field recordist living in South Devon where he runs the label Very Quiet Records. He also has a bit of a thing for our feathered friends and works as a press officer for the RSPB. His favorite bird is the Little Egret.

When did you first start making field recordings?

I first started making field recordings in 2002 when I bought a cheap Sony microphone and minidisc. I was encouraged by field recording outings with John Drever, then at Dartington College (now at Goldsmiths) and some of those early recordings became contributions to Chris Cutler’s Out of the Blue Radio on Resonance FM. The show invited people to submit half hour pieces that had been recorded between 11:30pm and midnight.  The two I sent were of the River Dart flowing beneath a bridge near Holne, Devon, and the rain on my car at Southerly Point in Cornwall. This started my interests both in recording quiet places, and long duration sound recordings.

Around the same time, through John, I also became involved with Sonic Arts Network and their wonderful Sonic Postcards Project for schools. And I’ve being doing field recordings ever since really. And a large number of these recordings have involved recordings of quiet.

Last year you launched the small independent label Very Quiet Records. What inspired you to set up this label and why did you choose to focus on quiet recordings? 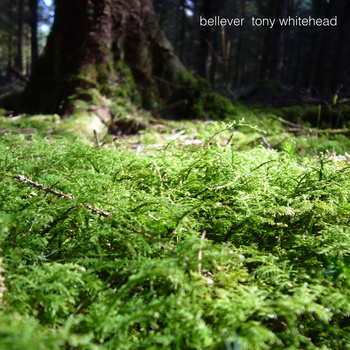 And as I’ve said before, although there’s abundant room for people to conceptualise, that’s not where I approach this from. The first thing to me is always “what can I hear?” and then “do I like what I hear”? Always start with the sounds. With listening. In some sense it’s about authenticity. Of substance before ideas. Direct experience before abstraction. These recordings to me are just what they are.

How do you define quiet?

Bearing in mind what I’ve just said, I’m cautious about defining quiet. It’s any one of a number of things, and it’s definition depends entirely on individual interpretation. And such definitions can limit enquiry - which I don’t want to do. But if pushed, here are a few thoughts to play with ...

Quiet is sometimes situations simply lacking in volume. The simplest definition perhaps. One that can be measured in decibels. Pianissimo.  The opposite of loud.

Quiet can also reside in small sounds. The gentle crackling of leaves in a gentle breeze. A tree creaking. The hiss of estuary silt on an ebbing tide. The dissolution of chalk. The freezing of water.

Quiet also exists in the spaces between louder events. Indeed, it is often intensified in these situations. A single car passing on a remote road to me makes the surrounding quiet quieter. Rural church bells do the same. As do single passing aircraft. It's a relationship to its opposite. Which is as you might expect.

Sometimes it's distance. Recently I was recording quiet places in Bristol and ended up at the top of Cabot Tower - the highest point in the city. Here I was immersed in the sounds of the city all merged into one distant rumble (put into relief by the individual calls of birds from surrounding treetops). It certainly wasn't lacking in volume. But the merging of sound gave, to me, a sense of quiet. I had the same experience while recording from the river Dart in spate last spring. A very noisy quiet. Analogous with calm perhaps.

Sometimes quiet is absence. Or, to be specific, human absence. All that stuff that's going on when there's nobody there. I often like to leave my recorder running in places where no-one is likely to be near, and walk away.  This particularly appeals because what is recorded, to a degree, is authorless. Although of course I realise the author has chosen time and location and so on. As an aside, I also noticed a similar effect in Yasujiro Ozu’s Tokyo Story, Late Spring and other films of his that I’ve been watching recently. In some of the so called “pillow shots” the camera lingers on often empty spaces between scenes, or before the actors arrive or after they’ve departed, giving a sense of quiet. And also, returning to what I mentioned above about experience before concept, they also provide a pause between the reflective and emotional subjects of the films. Before all our joys and worries the world simple exists. I appreciate that feeling in field recordings as well as films.

Quiet is also wordlessness or the space between words. A  lack of narrative, plotless-ness.  A situation that’s not leading anywhere. That just is, but is all the better for it’s “is-ness”.  It is static rather than dynamic.

And certainly it’s never hurried. The recordings I’ve done of quiet that I’ve enjoyed listening back to most, are those where I know I’ve been quiet and calm while recording them (as opposed to feeling hurried, rushed and pre-occupied with a million and one other things). This lack of speed, or not rushing things, also has a relationship to duration and the reason I’m interested in durational (in)activity in recorded material.

What can we expect from Very Quiet Records over the next few months?

Over the next few months we have releases from David Velez and Darius Ciuta as well as a collaboration between Jeph Jerman and myself, which I’m pleased to say will be issued on good old fashioned cassette tape. Personally I’m also hoping to work on some very long duration recordings of quiet places. 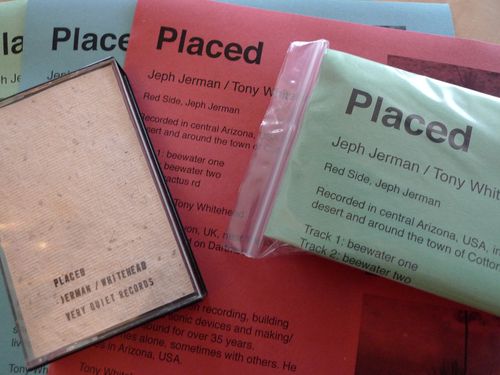 You also conduct sound walks in southwest England – what does each walk entail and what criteria do you apply when planning the journey?

Like the label, there’s no deep theory with these walks. They are simply arranged to give participants the opportunity to explore places quietly at often unfamiliar times of day - dawn or at night - those taboo times when for instance one “shouldn't really be wandering about on a lonely moor”. Simple, but people really appreciate it.  I’ve done them in wild places. I’ve done them in cities.

The last one we did was up at Bellever Tor in Devon, and it was timed to make the most of moon rise at a point this year when the moon was particularly close. The experience, which is the easiest thing in the world, was breathtaking. The quiet was almost physical as we stood in silence and watched a dim glow on the horizon slowly expand to become this crimson globe..

And sharing quiet is a powerful experience. I don’t insist people are silent (which I think might make everyone feel uncomfortable) but just use time and watch as people gradually become, quite naturally, quieter and quieter. Sometimes, at its best, the group without prompting  just collectively stops, and no-one says anything. Then - often after quite a while - we just move on without a word. It’s akin to the notion of “absence” that I mentioned before.

Simply because I enjoy making and listening to field recordings. Which, conveniently, gives me the opportunity to say a big thank-you to all the wonderful people who have submitted material for the label so far.