27th October is World Day for Audiovisual Heritage. UNESCO designated this day to highlight the work of archives worldwide in preserving and making accessible their unique audiovisual collections that are at risk of decay. It also acknowledges the importance that audiovisual records have in shaping mankind's memory. "Saving Our Heritage for the Next Generation" is this year’s theme, and it draws attention to the fact that there is an estimated ten to fifteen year window for digitising audiovisual records before irremediable loss occurs due to the obsolescence of playback equipment or the degradation of carriers. It is quite likely that future viewers and listeners will be accessing content in a purely digital environment so the challenge for us now is to digitise as much existing material as we can without compromising quality or meaning.

To celebrate World Day for Audiovisual Heritage, World and Traditional Music at the British Library has added fifteen European recordings made by Peter Kennedy in the 1950s to the Peter Kennedy Collection available through British Library Sounds. The recordings online are only a small portion of  Kennedy's work, 150 hours of a total of around 1500, that were made during the four decades in which he was very active 'in the field': 1940, 1950, 1960 and 1970.  These European recordings add an interesting international slant to Kennedy's folk music collecting activities, otherwise based entirely in the British Isles. 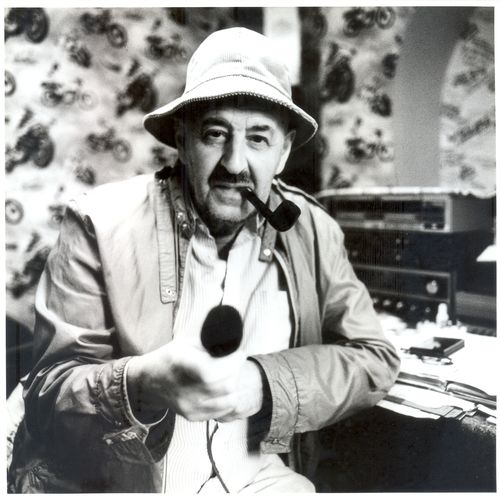 Many of these recordings wouldn't exist if it hadn't been for the fact that Alan Lomax made Peter Kennedy responsible for the Yugoslavian and English volumes in his LP compilation set A World of Folk and Primitive Music. The set was commissioned by Goddard Liberson, President of Columbia Records, after a chance meeting between Lomax  and Liberson in a Broadway coffee shop. The thirty LPs that make up this set are available to listeners in British Library Reading Rooms: you can search for them on our Sound and Moving Image Catalogue. Lomax based himself in London to put together the collection and one of the first places he called at was Cecil Sharp House, as at the time the British Institute of Recorded Sound (what is now the Sound Archive of the British Library) was still at an embryonic stage. The Director of the English Folk Dance & Song Society at the time was Douglas Kennedy, Peter's father, and Kennedy soon became one of Lomax's most important collaborators.

The recordings that formed the basis of the Yugoslavian LP were made at the Opatija Folk Music Festival in September 1951 in what is now Croatia. You can listen to Kennedy's recordings made on reel-to-reel tape at this festival by browsing the Peter Kennedy Collection by location, under 'Croatia'. His recordings at the festival, which had been organized as a special event for the members of the Conference of the International Council for Traditional Music (founded in 1947 in London), convey the excitement that must have been palpable at this international gathering which brought together over 700 performers from around the world.

Listen to this Serbian group performing. You can hear the performers feet busily thudding in perfect synchrony with the sound of the duduk and male and female voices. At the festival, Kennedy also made recordings of Croatian music, Macedonian music, music from Montenegro, Bosnia and Herzegovina and Slovenia. 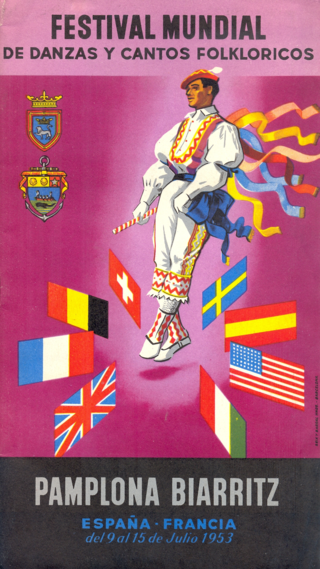 Programme for the II International Folk Music and Dance Festival

Kennedy's other European recordings were made two years later in July 1953 in the Basque country (Pamplona, Spain and Biarritz, France) during the II International Folk Music and Dance Festival. The festival was celebrated in both Biarritz and Pamplona to coincide with the 6th International Council for Traditional Music Conference. “…I travelled eastwards along the Pyrenees…towards the Atlantic coast…into the 'Basque Country proper'. Here everything was different…the people, the faces, costumes, houses, language and the music. It was strange! To get here I had travelled the full length of France, almost into Spain, and now…in a way I almost felt I was back home. You know that strange sort of feeling of 'familiarity' that you get sometimes – the feeling that you’ve been to a place before and yet, in fact, this is really your first visit. Well this curious feeling swept over me only a few hours after my arrival…” (extract from Peter Kennedy’s transcript to ‘Basque Festival’ which aired on the BBC Light Programme in March and April 1954). He was reminded of a Welsh Eistedfod when hearing the Oldarra choir sing because of “the same spirit of devotion and working together – a small community with the resulting natural harmonising ability.” Seeing the costumes of the Basque dancers also brought to mind English Morris dancers, and he was struck by the image of something that looked to him like a hobby horse.

In Pamplona Peter Kennedy attended the encierros and “danced the whole night through – quite a fact when I think of it now – but at the time I found the music and the friendly spirit of the people of Pamplona in Fiesta kept me going on and on and on." In this recording you can hear how the crowd in Pamplona reacts fervently to the songs performed.

World Day for Audiovisual Heritage is an important moment to celebrate and draw attention to the efforts currently being made in audiovisual preservation, such as the digitising of the Peter Kennedy tapes. But the story doesn't end here as the digital environment raises its own preservation challenges concerning the ephemerality of websites and digital formats. Saving our heritage for the next generation involves engaging with the ongoing complexities of preservation in a rapidly changing environment.

Posted by Andrea Zarza Canova at 11:34 AM