In February of this year Europeana launched an exciting new project that seeks to promote and facilitate greater re-use of cultural heritage resources. Through a series of pilot applications, open innovation challenges and spin off projects, Europeana Creative will demonstrate that Europeana, an online portal which provides access to over 26 million digitised objects, can provide the creative industries with both inspiration and actual content.

The British Library is one of the project's 26 European partners and will be providing access to 3000 digital sound recordings with particular emphasis on wildlife and environmental sounds. One of the largest contributions will come from the historic collection of British wildlife sound recordist, Lawrence Shove. With an interest in both the sounds of individual species and the wider natural soundscapes of Britain, Shove soon developed a comprehensive collection of wildlife and environmental sound recordings. By the 1960s he had become one of Britain’s best known wildlife sound recordists and worked on a number of published records including Woodland Birds (Discourses, 1966) Dawn Chorus and Nightingale (Discourses, 1969). 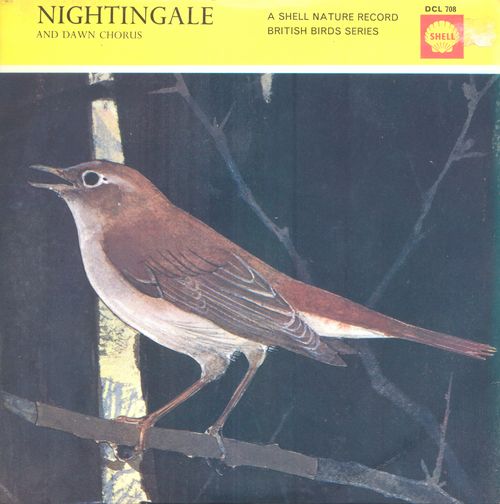 At the moment over 450 recordings from the Lawrence Shove collection can be found in the British Wildlife Recordings section of British Library Sounds. Highlights include:

Making these sounds and their associated metadata available through Europeana Creative will increase the visibility and awareness of this rich collection and encourage creative re-use in innovative and imaginative ways. It's been an interesting journey so far and we'll keep you posted on all the latest developments as the project progresses.

What licence will these files be under?

Licenses will be decided during the course of the project but I would suspect CC-BY.