The nuclear secrets of a Farnborough Morris dancer

In the 1950s Britain was building a nuclear arsenal to bolster the country's position as a great power and deter the Soviet Union. At secretive sites across the UK, boffins toiled away developing nuclear weapon systems; giant rockets were tested in the Australian outback and on the Isle of Wight; in the remote Pacific, British scientists detonated a series of nuclear devices as they unravelled the secrets of the hydrogen bomb; and in a small town near Farnborough, a young rocket scientist named Roy Dommett had a tricky conversation with his wife Marguerite:

[Roy] came home one day and he said, ‘We’ve got to have a talk.’  And he said, ‘I’m working on something that I think is very important, but I can’t talk to you about it.’  He said, ‘But it might help the world in the future, what do you want me to do?’ Listen to this extract on Voices of Science 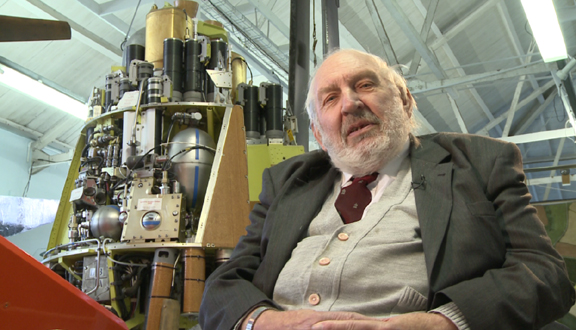 What Roy couldn't talk about was his work on Britain's nuclear deterrent as part of the guided weapons group at the Royal Aircraft Establishment, Farnborough. The work was so secret his wife knew little of it until he was awarded a CBE in 1991 for a life's work supporting Britain's nuclear deterrent, including the cancelled Blue Streak ballistic missile and the Chevaline upgrade to Polaris. In his interview for An Oral History of British Science, Roy gives us a fascinating insight into the hidden world of the Cold War rocket scientist, and his unique solution to the stress and secrecy of the work – a lively interest in Morris Dancing:

My job was sitting in an office with one other person, and I could go day after day without talking to no more than one person at a time.  You know, I needed an activity where I actually met people, got out and did things with people. Watch Roy Dommett talking about the problems of combining morris dancing with missile science 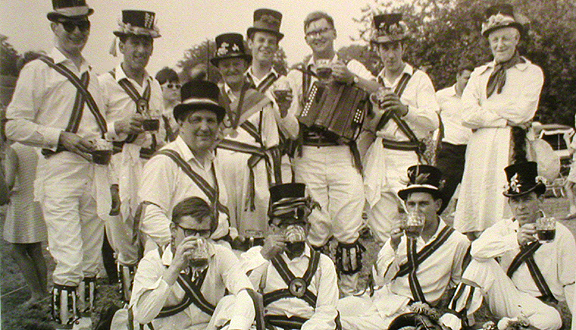 The day job was challenging; developing complex systems to survive the incredible pressures and temperatures of being blasted into space, before hurtling down over the Soviet Union at many times the speed of sound, where they would have to fool Soviet defence systems around Moscow. All to deliver a nuclear payload if the worst happened. While their ultimate purpose may have been terrible nuclear devastation, such systems were intended to deter aggression and make nuclear war less likely, as Roy recalls in this clip it was a paradox not lost on the designers.

Roy Dommett is amongst a hundred engineers and scientists to feature on Voices of Science, the British Library's new history of science web resource, based on a thousand hours of interviews collected as part of An Oral History of British Science.