Bristol L - what a wonderfa ideal

This month we've uploaded linguistic descriptions of conversations about local speech in Bristol, Knowle West, Dulverton, Ilminster and Wellington. Together they constitute the set of BBC Voices Recordings made by BBC Radio Bristol and BBC Somerset Sound. The descriptions list the participants' responses to a set of prompt words and, in the case of Knowle West and Dulverton, also include detailed descriptions of the phonology and grammar of the speakers.

A unique feature of Bristol dialect is 'parasitic L' (or 'Bristol L' as it's often called in popular descriptions). This refers to the process whereby a word that in most accents ends in a weak vowel - e.g. area, idea and cinema - is pronounced in Bristol dialect with a word final <l> - i.e. to sound like 'areal', 'ideal' and 'cinemal'. This feature is often caricatured in stereotypical portrayals of Bristolian speech, but it's likely very few people have heard an authentic example. You can hear several spontaneous examples in the conversation in Knowle West here, including:

The second example above is particularly striking as it reveals a two-step phonological rule: firstly the final syllable of window is interpreted as containing an underlying weak vowel - i.e. 'winda'. This is a pretty widespread phenomenon in speech across the UK (and elsewhere) as confirmed by common pronunciations like 'fella' [= fellow], 'borra' [= borrow] and 'marra' [= marrow, friend]. There's a platform announcer at Kings Cross underground station in London, for instance, who on a daily basis alerts passengers to Metropolitan Line trains stopping all stations to 'arra' [= Harrow-on-the-Hill]. In Bristol this process creates an environment where parasitic L can occur - hence window > winda > windle. You might think, therefore, that pairs like idea and ideal or area and aerial are indistinguishable in Bristol dialect, but in fact speakers who use Bristol L invariably convert word final <l> to a weak vowel so that aerial is pronounced 'area' thus maintaining the distinction. Again you can hear evidence of this in the conversation in Knowle West such as:

0:03:26 I lived at where the old origina Whitfield tabernaca was

Indeed the name Bristol itself (historically Bristow but re-interpreted locally and subsequently nationally as Bristol) is a tribute to this wonderfa loca feature that in my humba opinion makes Brista my ideal of an idea dialect areal.

Posted by Jonnie Robinson at 10:53 AM

Europeana Creative is looking for creative developers, designers, start-ups and other entrepreneurs to RE-use the Europeana collections! The challenge is to create applications for a range of themes – natural history education, history education, tourism, social networks and design. We are pleased to announce the launch of the first two: our Natural History and History Education Challenges are open NOW!

The prize for the best creative idea? A hands-on incubation support package provided by the project consortium to bring the product successfully to the market! The package comprises consultation with experts offering business support, technical support, facilitation of access to investments and business partnerships, access to specialised testing environments and marketing & promotion support.

Europeana is a database of some 30 million cultural and historical documents, images, sound and video files from Europe's museums, libraries, galleries and archives. The Europeana API allows you to access most of the collections and incorporate them into things like apps, games, websites,even creating mash-ups using other sources or APIs. The possibilities are endless!

If you want to apply or simply team up with other creative thinkers, visit for more details http://ecreativeeducation2014.istart.org.

Deadline for entries is March 31, 2014. The first challenge event will take place on April 29 at The Egg, Brussels.

Last year the British Library released over a million images onto Flickr Commons for anyone to use, remix and repurpose. The images come from the pages of 17th, 18th and 19th century books, digitised by Microsoft, and present a veritable treasure trove of paintings, diagrams, portraits and illustrations for visitors to explore.

Whether you're a musician, artist or designer, we'd like to invite you to bring these images to life by creating a short sound piece inspired by this amazing collection. Whether you're interested in creating a sound portrait of an exotic landscape or fancy tackling something a little more abstract, we'd love to hear what you come up with. 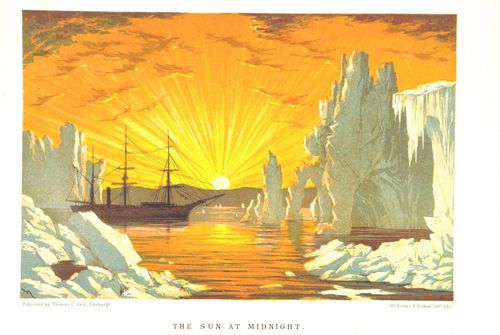 "Arctic Expeditions from British and foreign shores from the earliest to the Expedition of 1875 (76) ... Numerous coloured illustrations, maps" - written by David Murray Smith, published in 1875 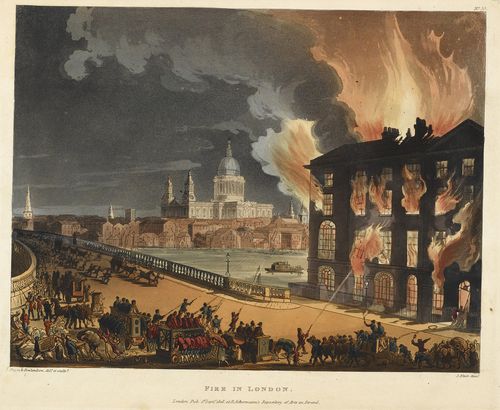 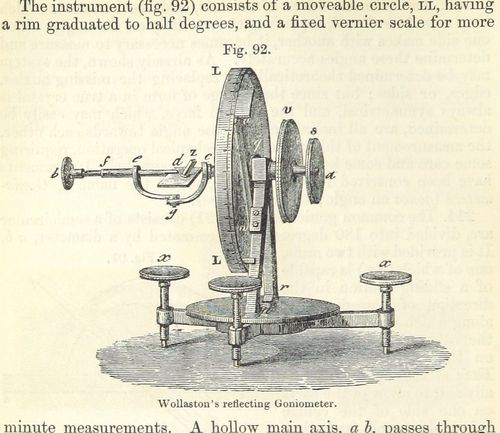 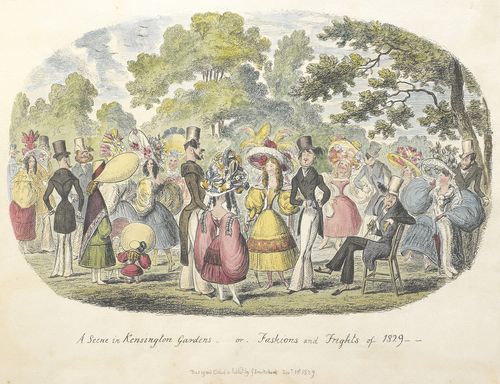 "Scraps and sketches, etc" - illustration by George Cruikshank, published in 1828 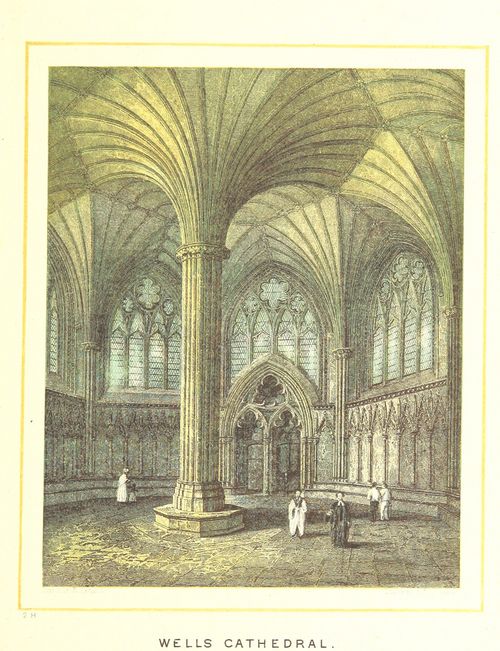 If you'd like to take part, please contact me via email or Twitter for more details. Each sound piece should be no more than 3 minutes long, be submitted as an mp3 and we'll need to know which image inspired you and why. A word or two about you would be nice as well.

Over the coming months we'll be posting your creations on this blog, so get yourselves over to our Flickr photostream and start exploring!

In Times of War

On 13 May 1940 The Times published a letter from  the famed wildlife sound recordist and broadcaster, Ludwig Koch. Koch had settled in Britain four years earlier, “unknown and penniless”, and had quickly established himself as a leading figure in the world of natural history sound recording. He was responsible for the country’s first birdsong recordings, publishing these in the form of sound books such as the popular ‘Songs of Wild Birds’. This book and two-disc set attracted enormous media attention, effectively making him an overnight star in the UK. For the first time, people could listen to the songs and calls of Britain’s most common birds in the comfort of their own homes. Such was the success that a second volume quickly followed the following year. 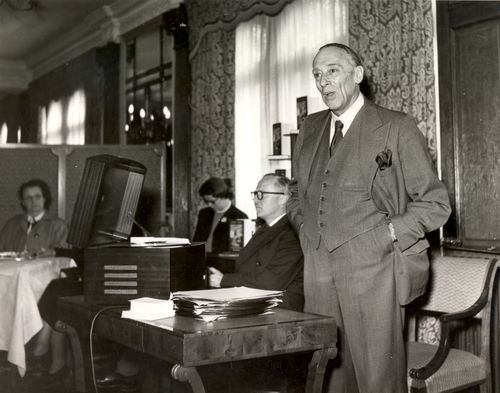 Koch playing birdsong records during the launch of his autobiography 'Memoirs of a Birdman' (Erica Marks, 1955)

Koch’s letter to The Times centred around a wild Blackbird that could mimic the song of a Green Woodpecker. Interesting enough you might say but it’s Koch’s opening paragraph that really deserves attention. Look again at the year of publication. 1940. By now Britain was in the grips of a war that was to see the world torn apart. Thousands of British troops were already fighting on the battlefields of France and the evacuation of allied forces from the beaches of Dunkirk was only two weeks away. In the midst of this bloody conflict, Koch encouraged readers to find solace in the beauty of birdsong:

War or no war, bird life is going on and even the armed power of the three dictators cannot prevent it. I would like to advise everybody in a position to do so, to relax his nerves, in listening to the songs, now so beautiful, of the British birds. If one watches carefully, one can be sure of surprises.

Koch himself was no stranger to the oppression of dictatorship. Forced to flee his native Germany in 1936, when pressures from the growing Nazi regime became too dangerous to bear, Koch had no choice but to abandon his precious recordings, painstakingly collected during the first years of the 20th century.

All these recordings on wax cylinder and wax discs, including my collection of nearly fifty birds recorded between 1927 and 1932, were deliberately destroyed by the Nazis, together with the bulk of my unique collection of gramophone records (Extract from Memoirs of a Birdman, 1955)

Koch’s 1940 salutation to the power of birdsong sits in stark contrast to other letters that filled the column. The darkness of war was rapidly descending, with debates over munition supplies and urgent pleas for funds from the Red Cross appearing alongside Koch’s appeal. One hopes that his indefatigable belief in the ability of birdsong to calm and de-stress listeners, reached beyond the page and helped at least some readers  find comfort, during such harrowing times, in the sonorous beauty of the natural world.