Over the past couple of months Graphic Media Design students from the London College of Communication have been producing coursework inspired by sounds from the British Library collection. The students were given their pick of recordings from the http://sounds.bl.uk site, and asked to produce graphical works in whatever form inspired them, for a project we called (logically enough) 'Sound & Vision'. Some of the students' work is being featured on this blog over two weeks.

Our fourth student, Zongkai ('Zack') Wang is a graphic designer interested in illustration and editorial work. He took the imaginative step of being inspired not by specific sounds but by the Sounds website itself. You can find more of his work here: http://cargocollective.com/zackwang. 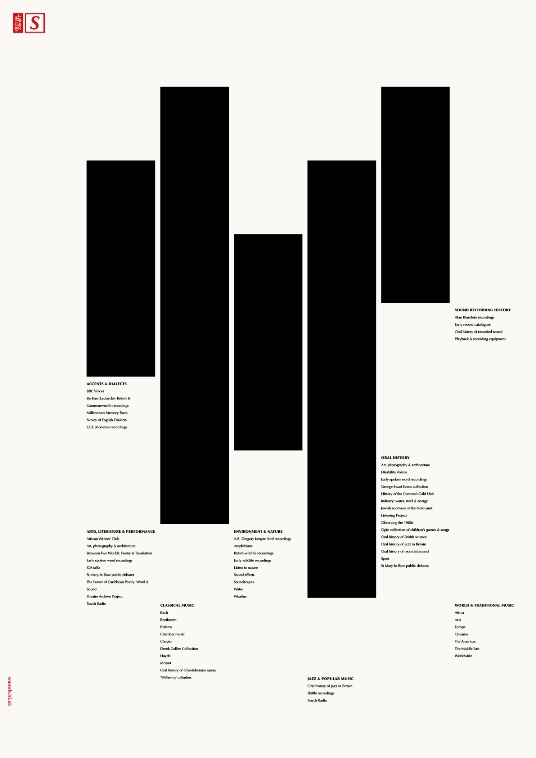 All images by Zongkai Wang

From the thunderstorm in Zambia, to the coal mine in the steam age, or an oral history of jazz in Britain, these all could be listened to in the British Library Sounds collection. That’s why I decided to propose a visual solution to represent the variety of this sound collection. 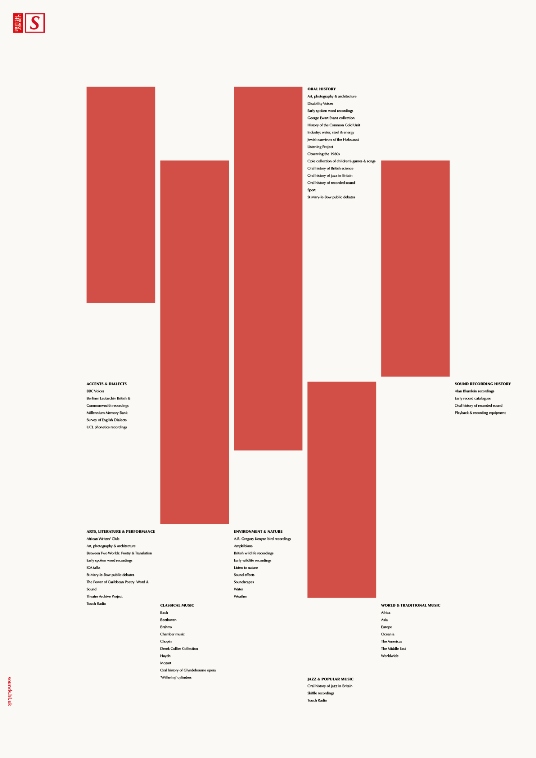 Is there any graphic design methods that could match the very essential core of sound? Sound is a vibration. By changing the frequency range, dynamic range, space and time of the vibration, different sound effects are created. 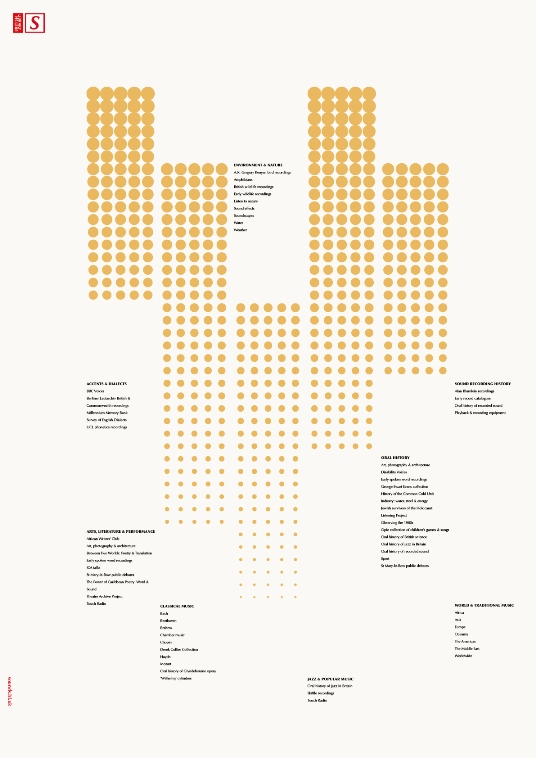 Similar to the role of vibration plays in sound generation, a grid system could be a significant aspect in graphic design. Rhythm and tension are produced by arranging the two dimensional spaces in the form of a grid. 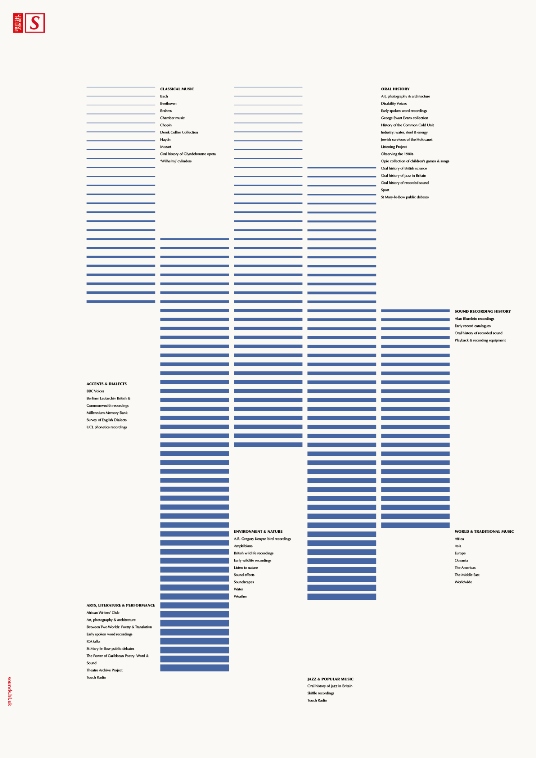 Meanwhile, the grid system has long been proved to be an efficient and effective way to organise mass information. This method has been used in this project to present British Library Sounds catalogue in a range of A2 size posters.